Contact in basketball is when a player guards tightly or hits an opponent. This can either result in a foul or can be a term used to describe how close a player is in relation to the other player. Basketball is considered a low contact sport, but it is still involved in the game.

Players constantly make contact with each other, whether it is slapping a player's hand while they are taking a shot or putting a hand on the other player's back to aid in defending them. Many players like to make some sort of contact while playing, guarding them very closely as a way to limit the offensive player's options and force them to make a decision they did not want to make. Not all contact is bad contact! 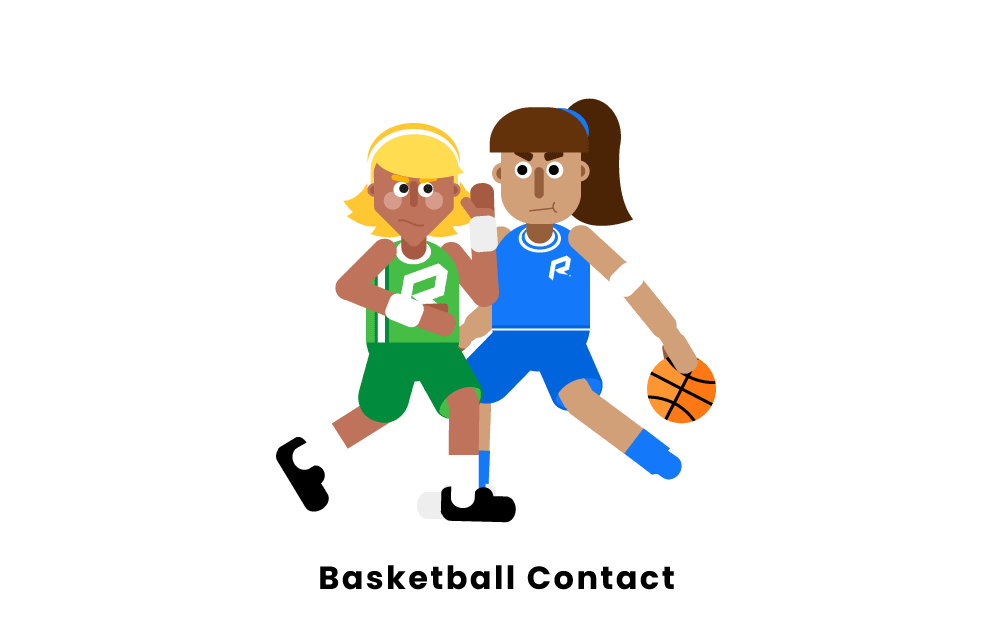 Referees and players understand that a certain amount of contact will naturally happen within the sport. More often than not, excessive contact that includes a defender hitting an offensive player leads to a foul call. Some forms of contact that can lead to a call include:

Fouls involving contact can often lead to foul shots, since a defender is more liable to make contact with an offensive player while attempting to block or stop their shot. Some foul-worthy contact is intentional, as a way to slow down the game or force a bad free throw shooter to take two shots instead of draining a layup.