A ball screen in basketball refers to a screen being set for the player who has the basketball. Ball screens are a great way to confuse defenders and slow their progress, making it easier for the team on offense to score a basket. 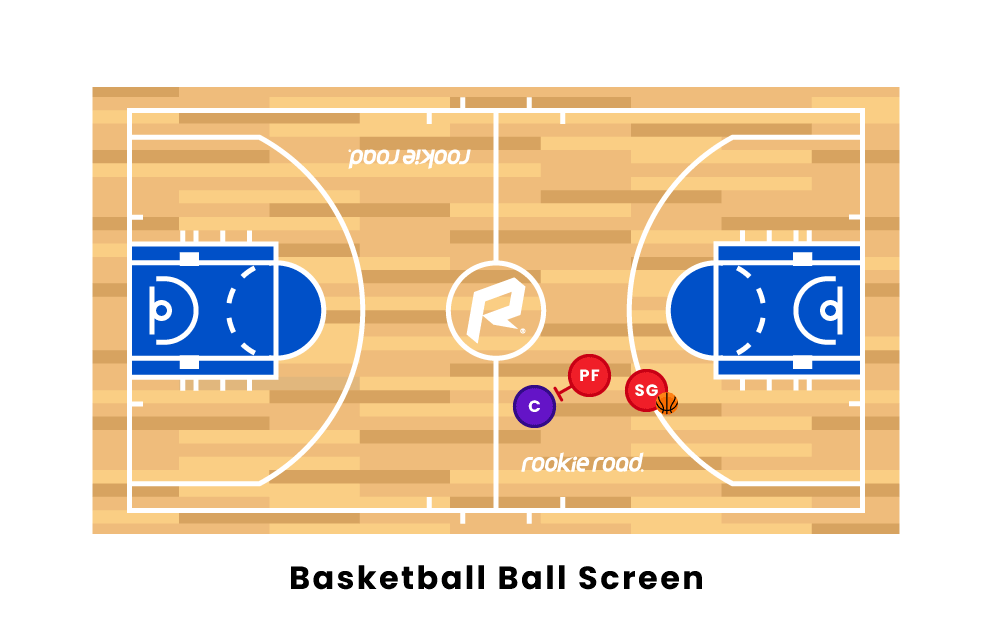 What is a Screen?

A “screen” is a tactic used by the team that currently has possession of the ball. It involves one player blocking the path of the defender that is trying to guard the ball handler, often by standing to the side of the defender. This frees up the player with the ball, as the defender must fight to get around the screener. Players cannot move their feet or contact the defender with their hands while setting a screen. Failure to remain in a stable, upright position results in the referee calling an illegal/moving screen, which automatically gives the other team possession of the ball.

Why Do Teams Set Ball Screens?

Since ball screens effectively prevent defenders from staying with their assignments, teams will often use them to create space for the ball handler. Once ball handlers manage to break free from their defenders, they can either attempt an uncontested shot or force another defensive player to help out, at which point a teammate should be left wide open for an easy basket.

After the ball screen has been set, the screener will often move towards the basket and look to receive a pass from the ball handler. This is known as a ‘pick and roll,’ a strategy that is particularly effective when the ball screen has forced the defense to perform a switch (the ball carrier’s defender guards the screener and vice-versa). Often times, the defense will not react quickly enough to the ball screen and two players will be stuck on the ball handler, leaving the player that has just set the screen with a wide open layup once a pass is received from the player with possession of the ball.