The back pick, also referred to as back screen, is a type of screen made on a player who does not have the ball, who will then cut to the basket and get an easy inside pass.

In the back pick, a player (likely a center or forward) will set a screen for his teammate (who does not have the ball), coming from his defender’s blindside, and doing the screen on his back. After that, the attacking player will take advantage of the screen, cut inside and receive an easy inside pass (from the player with the ball, likely the point guard) that can lead to an easy layup or even a dunk. By screening the defender from his back, the offense catches the defensive player off guard, making it hard for them to get back on defense, and to communicate the off-ball screen to his teammates, leaving the player cutting completely unguarded. In a back pick, the screener must set the screen at least one step from the defender, otherwise, he can be called for an offensive foul. 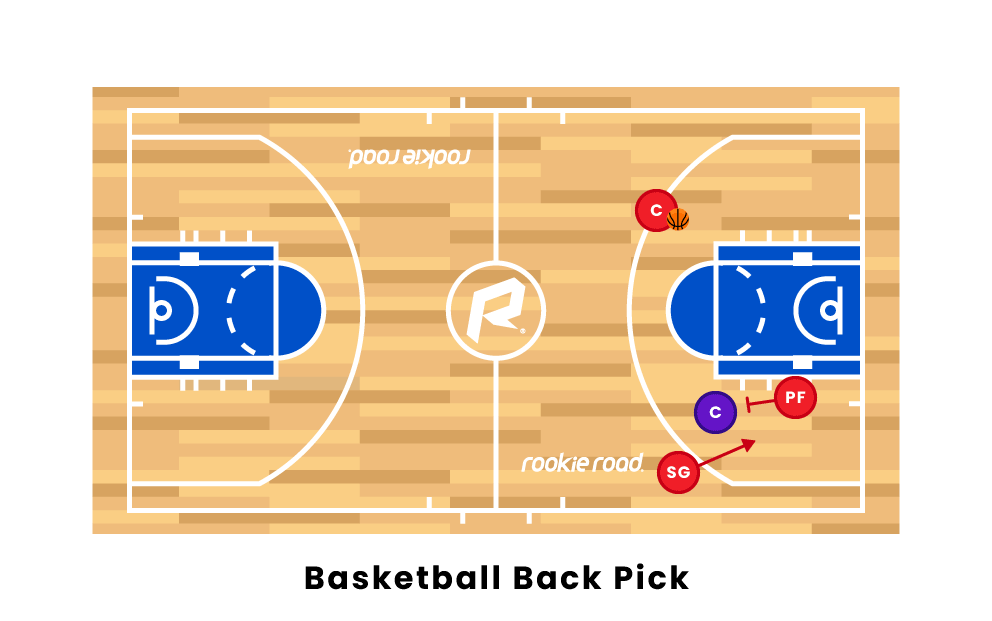 Pages Related to Basketball Back Pick