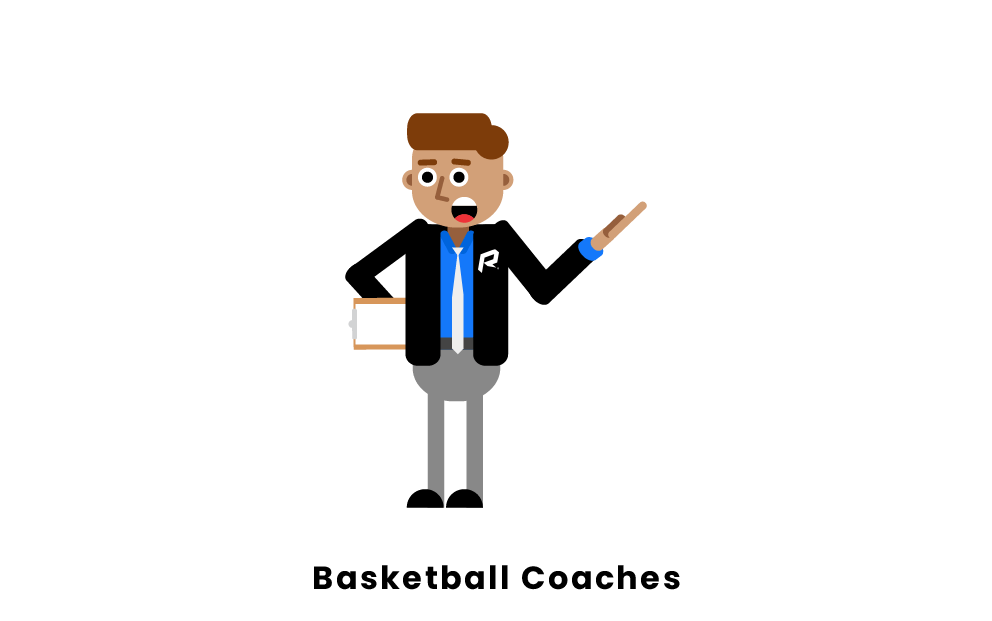 What is Coaching in Basketball? 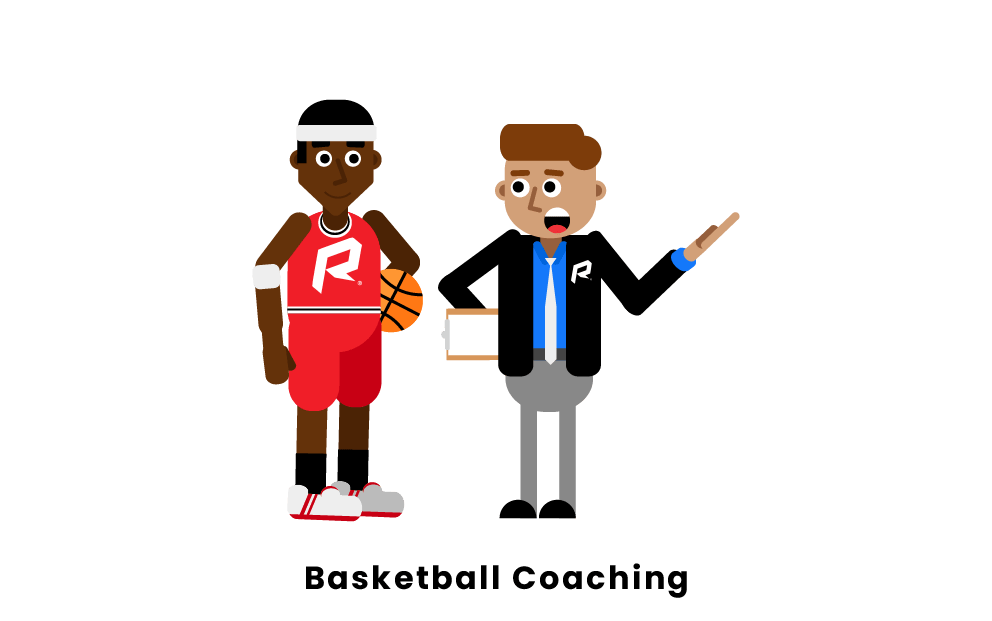 Basketball is a 5-on-5 team sport involving a ball and two raised hoops at either end of a hardwood court. Each team is coordinated and prepared under the guidance of a coach.

In high school Basketball, a team is usually coached by a single coach while in college and professional Basketball, there is usually one head coach and multiple assistant coaches.

Some of the most famous Basketball coaches include Bobby Knight, Gregg Popovich, Mike Krzyzewski, John Calipari, and John Wooden.

What does a Coach do in Basketball?

The coach is the mental leader of the team off the court. They should be able to pick their team up when they're down, and keep them at the top when they're there.

You will often see the head coach calling plays during timeouts, usually using a whiteboard and marker to draw plays for the team. The coach will also call plays from the sideline while the team is playing on the court, and it's the responsibility of the team captain, usually the point guard, to relay the play to the team.

The coach's biggest responsibility is strategizing against the opposing team on the fly. The head coach must be able to realize what the opposing team is doing and change their team's game plan to appropriately battle and stay in the game.

What do you need to coach basketball?

All you're going to need to coach basketball is a steady head and a good understanding of the game. A whiteboard and marker will also be very useful to draw plays for your team. If you're feeling really flashy, a nice suit will also go a long way for supporting your team, as well as looking nice for your opponents.

You're also going to need a team to coach so unless you're coaching in the NBA, you're probably going to need to gather up some players to coach. There are usually plenty of youth leagues who are in need of volunteer coaches so stay vigilant when searching for a position. Basketball season usually starts in late October and early November.

What makes a good Youth Coach?

The most important part about coaching a youth basketball team is understanding that they are children and no one is getting paid a salary. Sure, you may be competing for a league championship, but it's all just for fun. Unlike the NBA, no one is paid to be in their position, so there will always be good and bad players, but you should never treat them unfairly or rudely.

Strategy wise, you should always play to your strengths. If your team is tall, you should consider playing in the post more. If your team is stronger at shooting three pointers, maybe you should tell them to take more shots. The most important thing to keep in mind is to treat every player on your team with respect and fairly.

How much do Division 1 Basketball Coaches Make?

A starting salary for an inexperienced Division 1 Basketball coach would be somewhere above $100,000. According to USA Today, twenty-six Division 1 coaches made between $115,000 and $840,000. Thirty-six made over $1 million while fifteen made over $2 million.

If you plan on making it to Division 1 coaching, or even the NBA, you're going to need some experience. To make it this far, you're going to have to work your way up the ladder. You should probably start as a volunteer in a youth league, and eventually work your way up to high school basketball. After that, being an assistant for a Division 1 or 2 would be the next step.