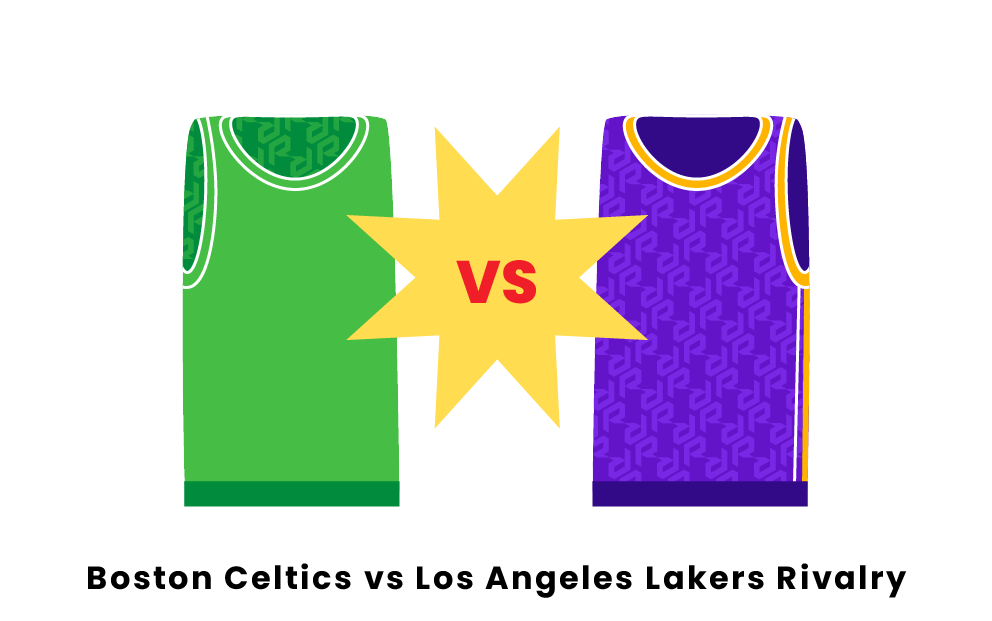 The Boston Celtics and Los Angeles Lakers rivalry is one of the most storied and epic rivalries in all of sports. With dozens of Hall of Fame players in both teams’ histories and many championships won, these teams are each legendary in their own right. However, the many battles between these two teams throughout the decades are what fuel the rivalry.

The rivalry between the Boston Celtics and Los Angeles Lakers is almost as old as the NBA itself. During the 1950s, the Lakers (at the time located in Minneapolis) won four championships (1950, 1952-1954) as the first NBA dynasty. The Celtics then emerged as a dominant franchise, winning their first championship in 1957. The first matchup between these two teams in the NBA Finals came in 1959. The Celtics went on to defeat the Lakers in the best-of-seven game series, winning 4-0, the first sweep in NBA Finals history. In 1960, the Lakers relocated to Los Angeles.

The 60s were dominated by the Boston Celtics. They were dynastic, winning every championship in the decade except in 1967 where they did not make the finals. The Lakers were the Celtics’ opponents in six of those finals matchups, where the Celtics won every single time.

The 70s didn’t have any Celtics vs. Lakers finals matchups, but they both won finals in that decade. The 80s, however, were the prime of the rivalry in the modern NBA, in large part due to the personal rivalry and media narrative of Magic Johnson versus Larry Bird. The Lakers and Celtics stars respectively met three times in the Finals, where the Lakers won two out of three times.

The 90s saw a lull in Celtics and Lakers basketball. However, in the 2000s, the Lakers came back to prominence with three straight championships from 2000-2002. The Celtics came back during the 2008 season and eventually won the finals against the Lakers. They played the Lakers again in 2010, but the Lakers came out on top in this installment of the matchup.

Why are the Celtics and the Lakers rivals?

The Celtics and Lakers are rivals because of the many times they have faced off in the Finals, along with the animosity built up between star players during those games. Additionally, they are the two winningest franchises in the NBA. They both are tied with 17 NBA Championships. They have had so many epic matchups and memorable moments throughout the years.

When did the rivalry between the Celtics and the Lakers start?

How many times have the Celtics and Lakers met in the NBA Finals?

The Celtics and Lakers have met in the NBA Finals on twelve different occasions during their history. Those twelve Finals meetings are the most between two franchises in NBA history. The first meeting was in 1959 when the then Minneapolis Lakers faced the Boston Celtics. The Celtics proceeded to then beat them in four straight games to win the NBA Championship. The latest iteration of the Finals rivalry came in 2010. However, this time, the Lakers won the championship in seven hard-fought games.