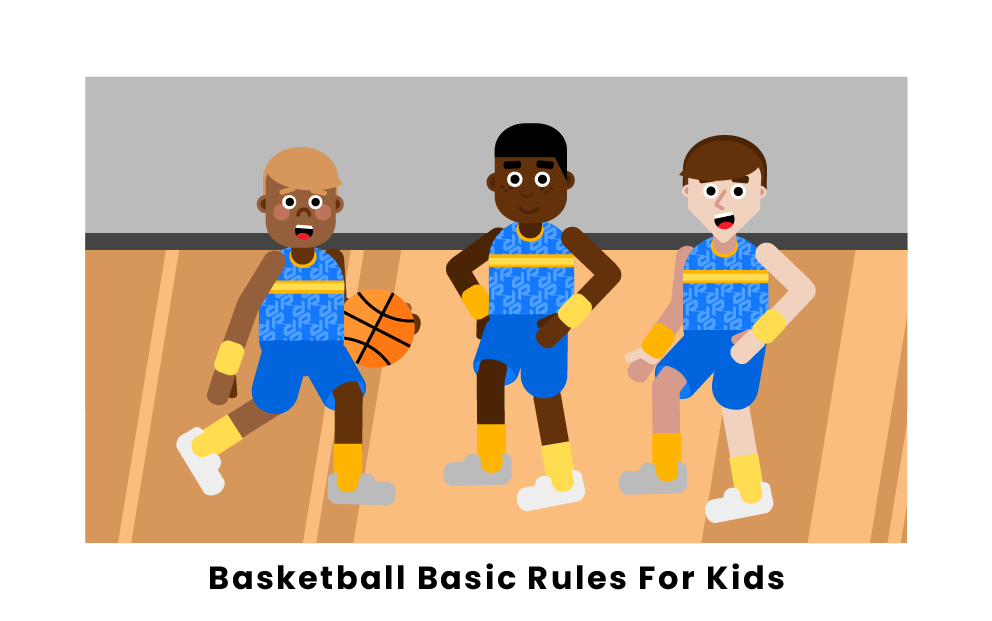 Basketball is a sport played between two teams of 5 players.

The teams attempt to shoot the ball into the opposing team's basket.

When players move with the ball, they have to dribble at all times.

Dribbling is an action that involves bouncing the ball up and down off of the court.

After the 4 quarters end, the team that has the most points wins.

If the game is tied, the teams play a 5 minutes long overtime period.

When players do something that isn't legal, a foul is called.

If a player gets 5 fouls, they are "fouled out".

When a player fouls out, they are not allowed to play the rest of the game.

Teams can call a timeout to pause the game.

Teams are limited to a certain number of timeouts per game.