The rules for timeouts are different based on the league and level of play. However, the overall concept of what a timeout is remains the same. Timeouts are called to temporarily stop the game clock and shot clock from ticking.

The shot clock does not reset after a timeout is called. Instead, it stops ticking and will resume when the ball becomes live again.

The rules of NBA timeouts have changed as recently as 2017. The new rules allow seven timeouts per team, with each timeout lasting 75 seconds. However, there are restrictions upon when these timeouts may be used:

These rules help the game flow more smoothly. In the past, there have been many concerns about the extremely slow pace of the last few minutes of games. These new rules ensure teams do not take too much time in the final minutes.

While the rules differ in every state, the standard number of timeouts in high school basketball is five, three full timeouts and two 30-second ones. 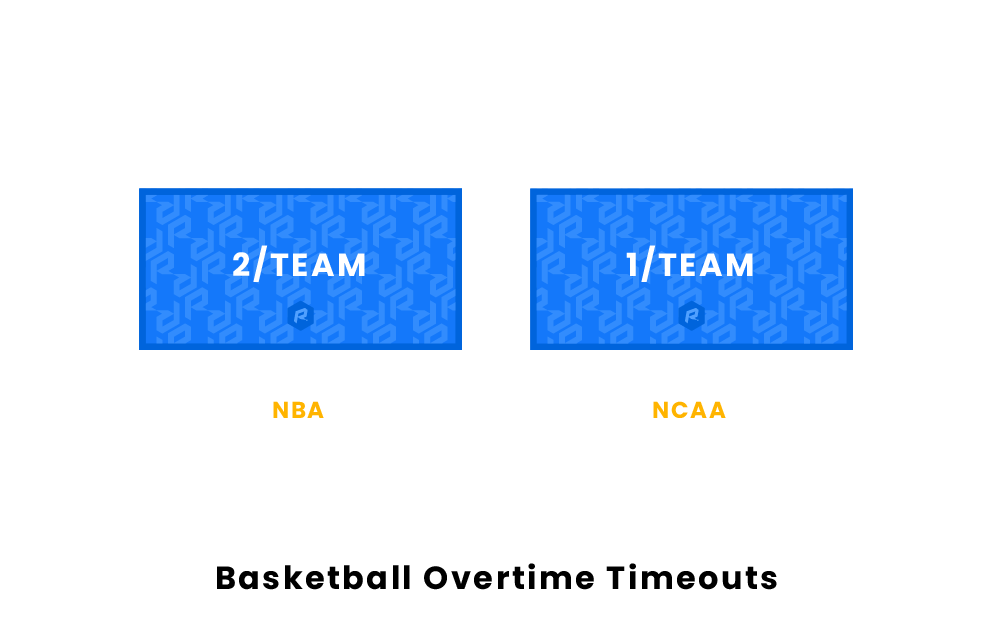 In the NBA, teams are granted two timeouts for each overtime period.

In college basketball, a team's unused timeouts from regulation carryover to overtime. In addition, teams get one more timeout that lasts 75 seconds for each overtime.

During a game, any player or coach can call a timeout. This is done by indicating a "T" with one's hands and yelling "Timeout!"

A team can only call a timeout in the following game situations:

If a team calls a timeout when their team doesn't have any timeouts left, they will receive a technical foul.

Mandatory timeouts, also known as media or TV timeouts, are automatic timeouts charged to either team when there have not yet been any timeouts taken. These are signaled by the officials and last longer than regular timeouts. In the NBA, there are two mandatory timeouts per quarter. These take place at the next dead ball after the clock goes under 6:59 and 2:59.

Mandatory timeouts exist to allow players to rest and recover. They are also important for the media because they allow commercials to air.