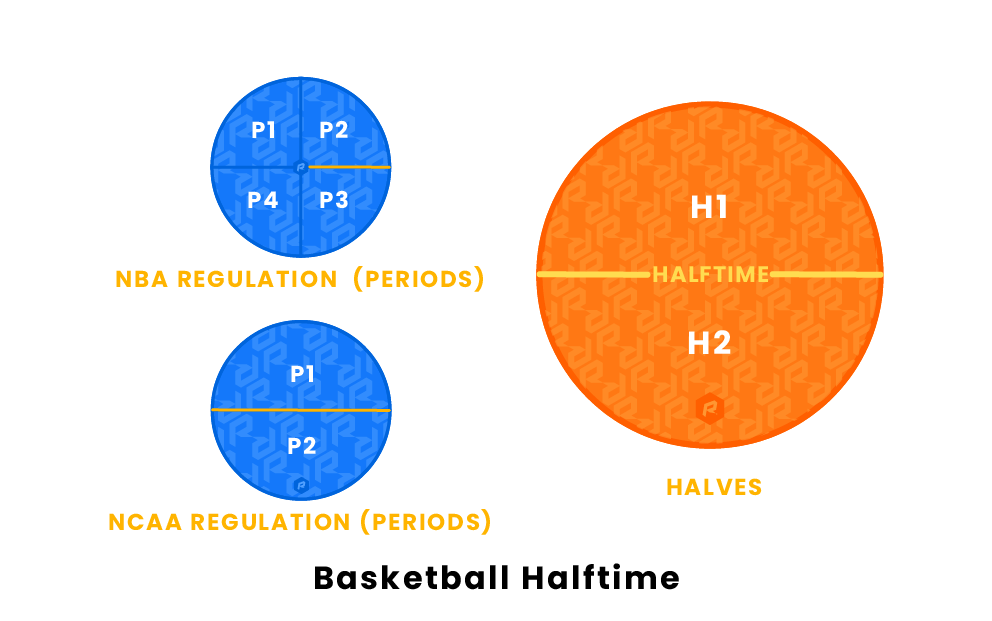 During halftime, play is suspended. Players and coaches go into the locker rooms to strategize for the next half of the game.

Halftime usually lasts 15 minutes. This allows both teams adequate time to rest and restrategize for the 2nd half.

Sometimes, a halftime show is held on the court during halftime. Halftime shows consist of a form of entertainment, such as a fan competition, cheerleading squad, or dancing team.

In the NBA, the team that starts with the ball after the 1st quarter is determined by which team won the tip-off. The team that wins the initial jump ball will receive the ball in the 4th quarter, while the other team gets the ball for the start of the 2nd and 3rd quarters. The ball is inbounded at the baseline opposite the attacking basket.