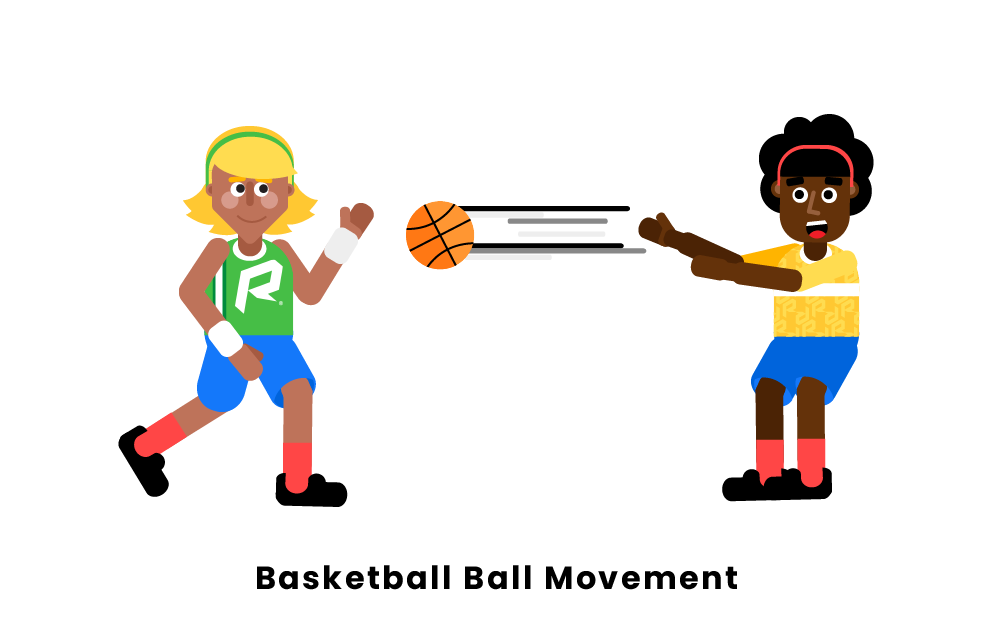 Basketball is a game filled with movement. Players are always moving on the court. It's important to understand how you can move with and without the ball in a game.

There are four ways that players can move with the ball on the court in basketball. 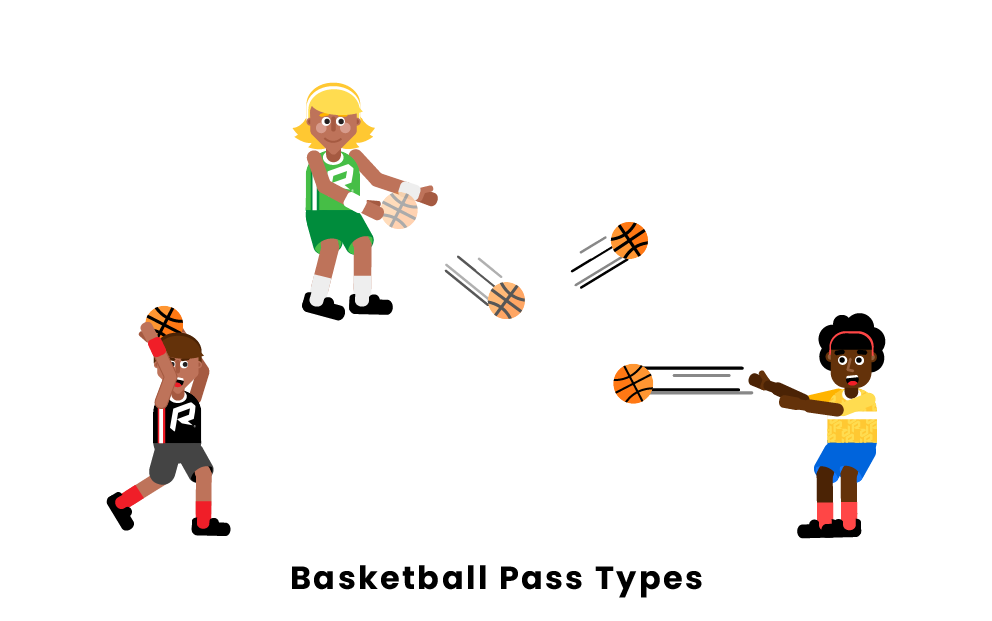 Passing is the fastest way for players to move the ball on the court. Players can pass the ball with one or two hands, and can use an overhand or underhand motion. The fastest way to pass the ball is to use two hands and push it in the air directly towards a teammate to catch. This is referred to as an air pass. Bouncing the ball off the floor is also allowed but is slower. This pass is called a bounce pass.

Shooting is another way to move the ball on the court. Shooting the ball in the net is the only way to earn points for your team. Players may shoot from anywhere on the court, but usually will elect to shoot from within or around the three point line.

Dribbling is an action where the ball-handler repeatedly bounces the ball off the floor. Dribbling is the only way you can move the ball on the court while having the same player keep the ball. If a player moves with the ball and does not dribble, they are committing a traveling violation. 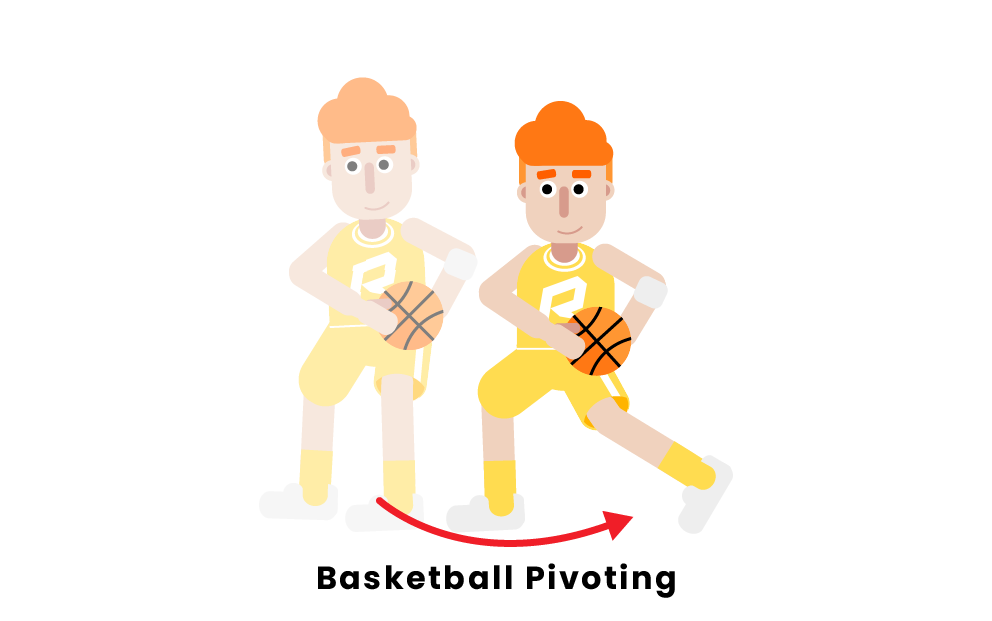 Pivoting is when a player has the ball and rotates around their pivot foot. When a player starts to pivot, they can not dribble again, but they can pass or shoot. Pivoting involves skillful footwork, and can be gained to step into a better passing or shooting position.

Traveling is a type of violation that occurs when a player takes more than two steps with the ball without dribbling. If a player commits a traveling violation, their team will lose possession of the ball.

When you don't have the ball it's your job to get into position on the court. Players are not limited to how they can move on the court as long as they don't go out-of-bounds and touch the ball. Also, players can not go back into their half of the court with possession of the ball once they cross midcourt. When you don't have the ball, it's important to understand the following:

Spacing On The Court

Spacing on the court describes your position on the court relative to your teammates. A good coach will have their offense and defense understand spacing and know how to play a variety of formations like man-to-man, zone, or press.

Cutting is also an important concept to understand for both offensive players and defensive players. When a player cuts, they make a sudden movement away from an opposing player to get open on the court.

How do you move the ball in basketball?

In basketball, you move the ball by passing, shooting, dribbling, and pivoting. You are not allowed to move the ball unless you are doing so through one of these four actions. Passing is the main way players move the ball to their teammates, while shooting is the way points are scored.