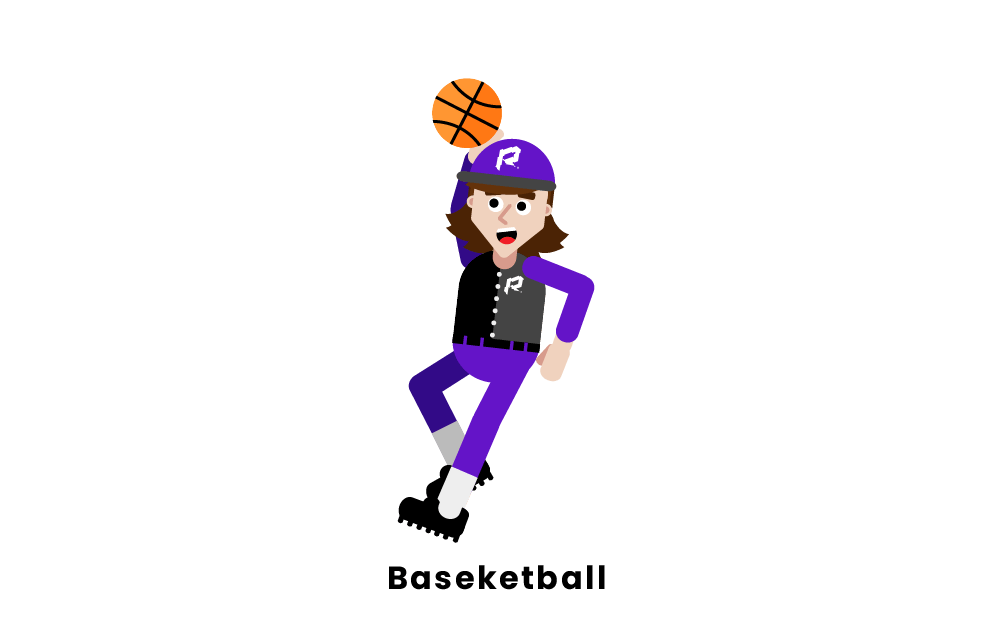 BASEketball is a mixture of baseball and basketball. The sport originates from the 1998 movie BASEketball. Director David Zucker created the game himself because he and his friends wanted a new sport to play (IFC). Much later, the game evolved to become a movie. The sport is not recognized officially, but it is a great new game to play with friends.

Psych-outs are one fun quality of BASEketball not found in basketball or baseball. Psych-outs involve a defender distracting the shooter in some way to miss the shot. In the movie, defenders are seen spitting beer on a shooter, making offensive remarks, and even cutting off a fake finger to “psych-out” the shooter! Feel free to have fun and get creative with your psych-outs.

BASEketball is typically nine innings but can be played for as many innings as desired by the players.

Another great thing about BASEketball is how easily it can be played. With just a few friends, a basket, a ball, and some chalk, the game can get started. BASEketball is a fictional sport, so players can come together to change the rules as they see fit. This allows players to tender the game towards their ideal sport.

Layout of the Court 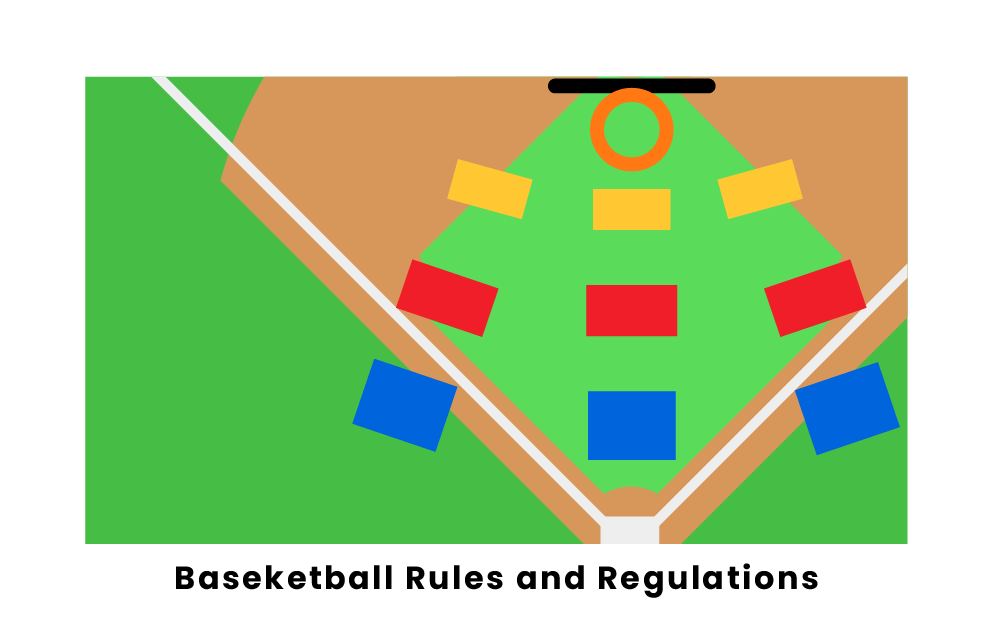 When playing BASEketball, there are two teams of six players each, three offensive players and three defensive players. To start the game, both teams take turns shooting the ball from first base (the foul line) until one team makes a basket. The team that makes the basket gets to shoot first in each inning over the course of the game. After this order of play is determined, the players go back to their respective dugouts. Traditionally, the game is played over nine innings. An inning represents a turn for each team to shoot. During each inning, if a player misses a shot or steps out of the outlined spot for a shot, the player is considered out and can’t shoot for the rest of the inning. A team gets three outs in each inning. Balls and strikes, a fixture of conventional baseball, are not part of BASEketball.

When a team plays offense, each of the offensive players chooses a base to shoot from and attempts to shoot the basketball into the hoop. After a shot is made, the player then runs to the base indicated by their shot. For example, if a player makes a single, the player runs to first base. If the next player makes a double, that player runs to second base and the earlier runner advances two bases to third base. A player scores a run when the shot required to get the player home, advancing around all four bases - is made by a teammate. In BASEketball, first and third base are located halfway down the field, about five feet in from out-of-bounds territory. Second base is located in the middle of the court about 10 feet from the half-court line.

Additionally, an offensive player is not allowed to shoot two of the same shots in a row. For example, if a player shoots a single the first time, the player’s next at-bat, an opportunity to shoot the ball, must be for a double. Likewise, if a player makes a home run during an at-bat, the player must shoot for a single the next time up. This is known as a shooting cycle.