Why Does MLB Only Use Wooden Bats? 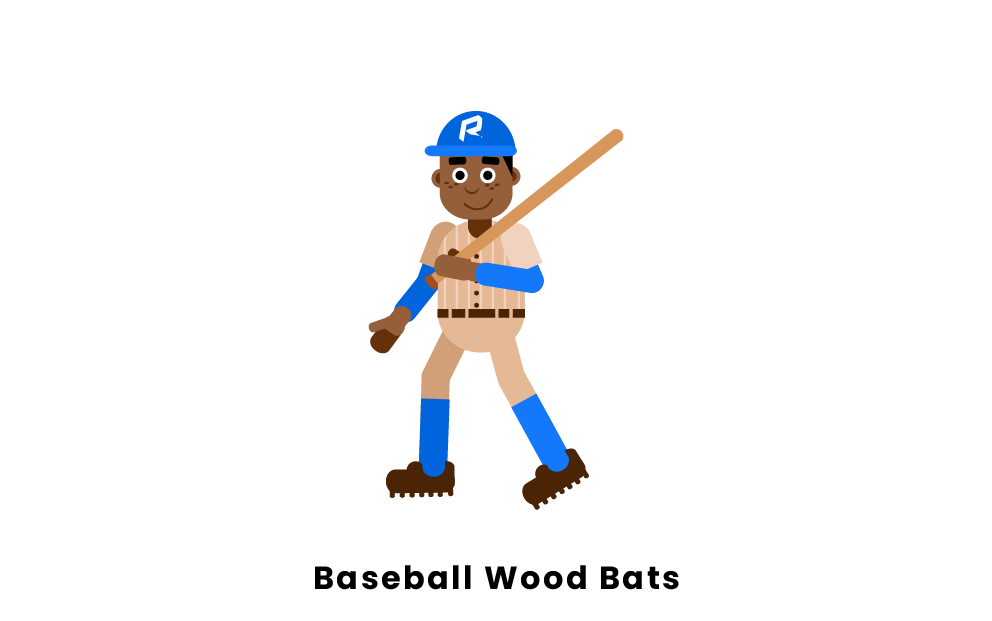 Did you ever wonder why Major League Baseball players still used wooden bats? Not only is it only for tradition, but it is also for the safety of players and spectators.

Since the beginning, wooden bats have been the bats of choice in baseball. This tradition has been kept alive mainly to keep track of records made by players, such as the number of home runs a player hits in a season. But, why does it matter if it is a wooden bat? Why not a metal one? Well, if they were to ever change to metal bats, they would not be able to compare previous records to current ones since the metal bats produce different outcomes when in play than wooden bats. Since metal bats are lighter and have more impact on the ball, it is easier for players to hit home runs compared to wooden bats. So if the MLB were to change their bats to metal, any new player’s statistics on home runs hit could not be compared to past players, such as Babe Ruth, because of how the bat changes how easily a player can hit the ball for distance and velocity.

If the MLB were to use a metal bat, the speed at which players hit the balls would be a lot higher. This means that there is less reaction time for the players trying to catch the ball, and the speed at which the ball is going can cause damage if the player cannot react in time. Wooden bats have already caused injuries to players because of velocity, so if they were to use metal bats, the number of reported injuries in MLB would increase exponentially.

Due to metal bats being less predictable with their trajectory, they can be dangerous for players and viewers. The occasional foul ball ends up flying backward into the stands towards viewers. This can present a major injury risk for spectators, even though most stadiums today have some sort of barrier, mainly nets, to keep most balls from hitting the crowd. By using wooden bats, Major League Baseball decreases the velocity of batted balls, reducing the risk of serious injury.

What wood are the bats made out of?

The wood must be from a tree that is at least five decades old and put through the process of cutting, piecing, drying, and then shaping. The most common wood used is ash wood. However, other wood has been used, such as hickory, bamboo, and maple.

There are a few different reasons Major League Baseball uses wooden bats and not metal ones. A metal bat is much lighter and makes it easier to hit the ball farther, which is why it is commonly used at amateur levels. Once you get to the professional level, to help make the game more challenging for players, they use wooden baseball bats to challenge players, among other reasons such as tradition and safety. For tradition, wooden baseball bats have been used in the MLB since the beginning, and refraining from incorporating metal bats keeps statistical comparisons consistent. In regards to safety, balls hit off wooden bats are more predictable and carry lower velocities, reducing the chance of a player or fan getting hit with a ball and suffering serious injuries.

Pages Related to Why Does MLB Only Use Wooden Bats?