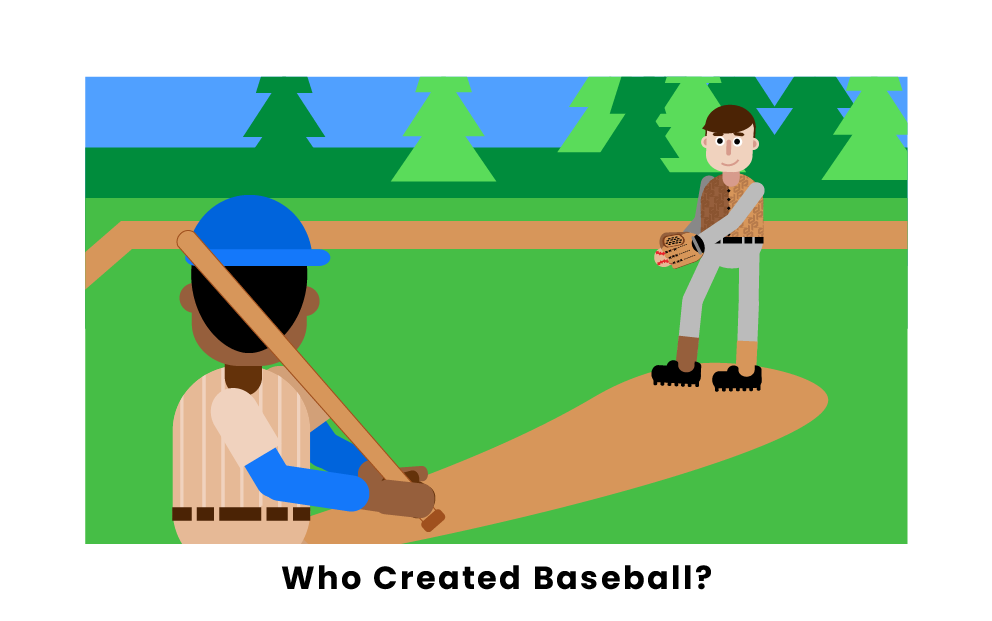 The creation of baseball is as much legend as it is history. Many people who casually follow the game believe the myth that Abner Doubleday invented the game during the civil war, but this myth was fabricated after his death, and in truth, the game dates back to the 1700s.

The myth of Abner Doubleday started in 1903 when Abraham Mills, the president of the National League, was commissioned to discover the true originator of baseball. After three years of study, the commission concluded that Abner Doubleday had created the game during the Civil War. However, Doubleday had been dead for 15 years, and the story of Doubleday was actually created after an interview conducted with a man who claimed to be present when Doubleday first drew a diagram of how the game should be played. The reality is baseball had been played in one form or another since the 18th century, long before Doubleday’s diagram.

The truth about the invention of baseball is less dramatic than the story of Doubleday entertaining the troops during the Civil War. The game was influenced by the English game of rounders that made its way over to America. However, during the 18th century, three distinct versions of the game developed in New York, Philadelphia, and Massachusetts. Over time, each of these three games became more popular until the New York style of play won out due in large part to better public relations. While the game was not developed by any one person, the acceptance of the New York game led to Daniel (“Doc”) Adams receiving credit as the father of baseball. Adams was one of the leaders of the game in the mid-1800s in the New York area, and he helped to grow the early game. Eventually, the game mostly played by boys became more popular for men as money started to circulate through the sport, and it paid to put together the best teams of men possible.

Over the past few hundred years, a game that made its way over from England has developed into America’s pastime. Despite the fact that the creation of the game does not stem from the wonderfully patriotic myth of Abner Doubleday, the game developed as part of the American identity. The game may not resemble the sport played in the 1800s and, in some ways, differs greatly from the game played just 50 years ago, but it is still an important part of American culture. Over time, baseball has become an integral part of many other cultures, as well as it has spread around the world and is now popular in many parts of Asia and South America. In many ways, baseball has come a long way since its inception in the 18th century, when people came together to create a wonderful new sport.

Who is the inventor of the sport of baseball?

Baseball was not invented by any one person but rather developed over many years. The game’s roots can be traced back to England and the game of rounders, but in America, it took on a different form. During the 18th century, different forms of the game were played in New York, Massachusetts, and Philadelphia. Eventually, the game developed in the New York area was accepted nationally, and many credit Daniel (“Doc”) Adams as the father of baseball because he was one of the leaders of the game in the mid-1800s.

The game of baseball is thought of as the American Pastime, and it was America that developed the game we see today. While the English game of rounders is credited for inspiring the earliest versions of baseball, Americans gave the sport an entirely new form in the 18th and 19th centuries. Since that time, baseball has spread across the globe, with great players coming from Asia, the Caribbean, and South America, in addition to North America.

What was the first MLB team?

The first-ever professional baseball team was the Cincinnati Red Stockings, who played their first official games in 1869. Outside of being a part of history as the first MLB team, the Red Stockings also inspired the red branding that has held consistent in Cincinnati baseball ever since and inspired the eventual name for the Boston Red Sox. Additionally, the franchise recorded the only perfect record (57-0) in professional baseball history in 1869.

Pages Related to Who Created Baseball?