Who are the Houston Astros' Biggest Rivals? 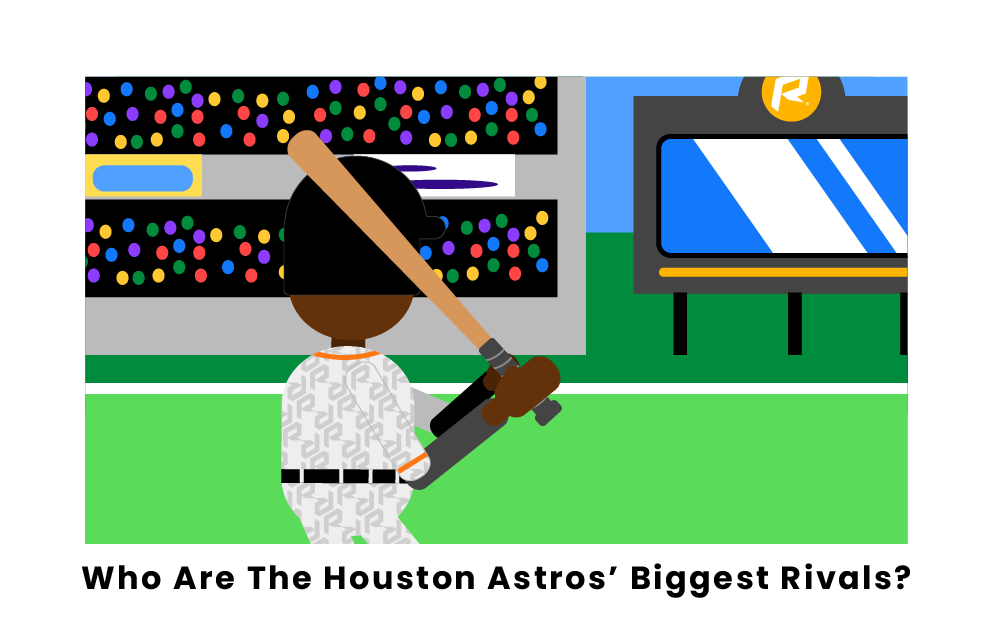 The Houston Astros biggest rivals are the New York Yankees, Los Angeles Dodgers, and the Texas Rangers. The Houston Astros were founded in 1962. While they were known as one of the worst teams in baseball during the early 2010s, they rose to prominence as a real contender later in the decade. They finally won their first World Series in 2017, beating the Los Angeles Dodgers in seven games. Along their way, the Astros made quite a few rivals and even got caught cheating in 2019, leading to more team’s having animosity towards them.

The rivalry between the Yankees and the Astros started in 2017. They were facing off in the American League Champion Series (ALCS), and the Astros emerged victorious after a seven-game series ended with their 4-0 victory. This loss was heartbreaking for the Yankees, as their postseason performances continued to disappoint. After the 2019 season, an investigation of the Astros’ recent success opened up. Investigators looked into games that the Astros played in 2017 and noticed that they could hear banging trash cans in the dugout every time Houston was batting. Through this investigation, the league discovered that the Astros were stealing signs by using a camera in center field to steal the opposing catcher’s signs. Once the sign was identified, the players in the dugout would then communicate this to the batter by loudly banging a bat on the trash can; one bang meant a fastball and two was an off-speed pitch such as a curveball. Learning this information infuriated the Yankees because they lost the 2017 American League Championship Series to a team who was cheating. This painful defeat, just shy of a World Series appearance, resulted in the firing of Yankees manager Joe Girardi.

The Astros' rivalry with the Dodgers began in the 1980s when the teams both played in the NL West. In recent years, the teams’ bad blood continued due to the Astros winning the World Series over the Dodgers in 2017. When it came out that the Astros cheated, the rivalry intensified. One of their most notable moments was on July 28, 2020, when Dodgers’ reliever Joe Kelly threw at and behind multiple Astros’ batters and would taunt them. Most notably, he mated a “pouty face” at Astros shortstop Carlos Correa after throwing at him and subsequently striking him out. Although Kelly did not join the Dodgers until the 2018 season, his new team’s loss as a result of the Astros’ cheating scandal was fresh in his mind.

The rivalry between the Houston Astros and the Texas Rangers is known as the Lone Star Series. It is seen as a natural rivalry because both franchises are based in Texas. When the Astros joined the American League West from the National League in 2013, both teams were in the same league for the first time. Their rivalry changed from an interleague rivalry to an intra-division rivalry. In April 2015, a fight broke out between Rougned Odor and Hank Conger. This fight escalated when the Astros manager AJ Hinch grabbed Rangers player Prince Fielder by the arm, prompting Fielder to yank his arm free and shove Hinch. A couple of months later, in September of 2015, both teams were in contention for the playoffs. They faced each other in an important series, but the Rangers won 4-0. The Astros, however, were victorious in the Lone Star Series in 2018 and 2019.

Are the Houston Astros and Atlanta Braves rivals?

The Astros and Braves matched up in the NLDS five times between 1997 and 2005. They were rivals in many playoff series when both teams were in the National League and have produced many notable rivalry moments over the years. They rekindled their rivalry during the 2021 World Series, in which the Braves defeated the Astros in 6 games.

Who is the Houston Astros’ biggest rival?

The Houston Astros biggest rival is the New York Yankees. The two teams are both in the American League and have played in their fair share of playoff series in recent years. However, this variable isn’t the only thing that led these two teams to butt heads. The Astros cheating scandal rocked Major League Baseball as a whole, but one could argue nobody was hurt more than the Dodgers and Yankees. The Yankees lost out on a trip to the World Series, and the Dodgers lost a World Series Title. Given their presence in the same league and the additional controversy that arose from Altuve winning the MVP Award over Aaron Judge, the Yankees and Astros have plenty of reasons for a heated rivalry.

Are the Houston Astros and St. Louis Cardinals rivals?

In 2015, St. Louis Cardinals executives hacked into the Astros computer systems. On these databases was information about trades, player’s statistics, and scouting reports. Suspicion was pointed at the Astros general manager, Jeff Luhnow, who had previously worked for the Cardinals. The FBI and Justice Department investigated this hack. The Cardinals were punished by having their top two picks for the 2017 amateur draft stripped and having to pay $2 million as compensation. While these teams are not direct rivals, this instance put a rift in their relationship.

Pages Related to Who are the Houston Astros' Biggest Rivals?