Who Are The Chicago Cubs' Biggest Rivals? 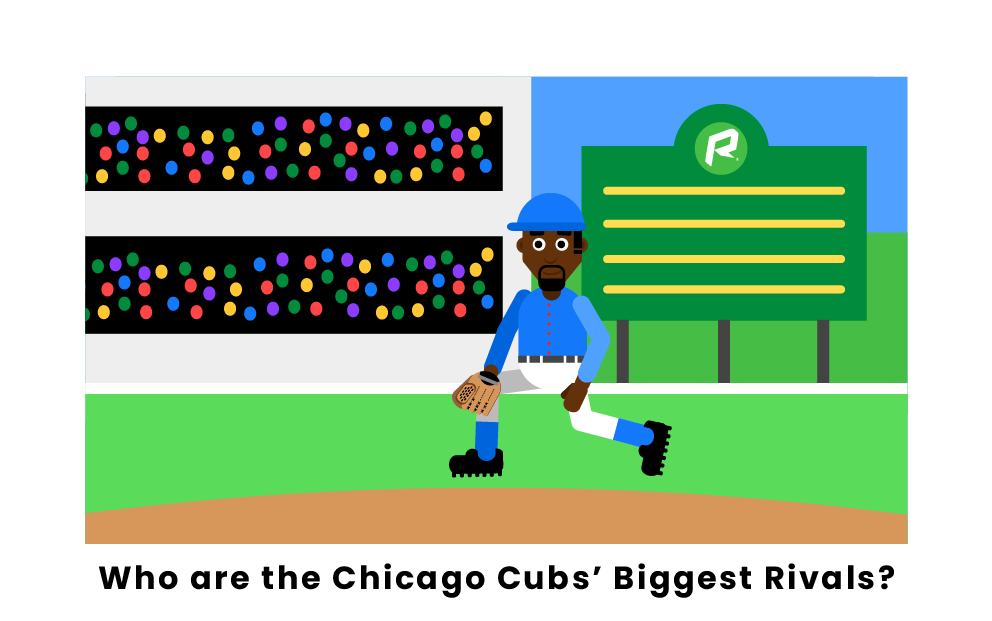 The Chicago Cubs’ biggest rivals are the Chicago White Sox, Milwaukee Brewers, and the St. Louis Cardinals. The Chicago Cubs are one of Major League Baseball's most popular teams, gaining particular attention in recent years due to their World Series win in 2016, their first win in 108 years, after previously winning the World Series in 1908. As a result of their newfound fame, and throughout their long history, the Cubs have gained many rivals, particularly in their home city of Chicago, which hosts two baseball teams, the other being the Chicago White Sox. However, a number of other teams are well-known for their rivalries with the Cubs, including the Cubs’ most bitter rivals, the St. Louis Cardinals.

Of all the major rivals of the Chicago Cubs, the St. Louis Cardinals are widely agreed-upon to be their most notable and long-standing enemies. Located right on the border of Illinois, the city of St. Louis, Missouri, draws both natives of its own state and Illinois natives in support of its baseball team, setting up the Cardinals to be among the most persistent rivals of the Cubs. Both the Cardinals and the Cubs belong to the National League Central Division and have been facing off for decades in pursuit of division titles. The two teams often come together in deciding games to determine who will win the NL Central Division each year.

An important moment in the history of the Cubs-Cardinals rivalry took place during the back end of the 2003 regular season. The Cubs were tasked with playing the Cardinals in a five-game series, including a double-header on September 2nd. During that doubleheader, Sammy Sosa hit a dramatic walk-off home run for the Cubs in the 15th inning of the first game. This big win contributed to the Cubs successfully returning to the MLB Playoffs for the first time since 1989.

The city of Chicago is known for having two baseball teams, and as such, it is natural that those two teams would be rivals for both fans and Major League titles. Though they are in different divisions, the National League Central and the American League Central, the Chicago Cubs and the Chicago White Sox are known for their sometimes-friendly but sometimes-contentious rivalry.  Though some native Cubs fans believe that the White Sox are the team’s biggest rivals, the rivalry is less pronounced outside of the city. There have been notable instances of fans getting rowdy in the stands when the two Chicago teams face off together.

The most memorable instance of this rivalry in the 21st Century is, without a doubt, the brawl between White Sox catcher AJ Pierzynski and Cubs catcher Michael Barrett. The fight took place on May 20th of 2006, and resulted from Pierzynski running Barrett over on a play at the plate. Pierzynski slapped home plate post-collision, leading Barrett to get up and sucker punch him in the face. The benches cleared, and multiple players were ejected in this fight between the heated rivals.

The Milwaukee Brewers are among the newer rivals for the Chicago Cubs. Originally an American League team, the Brewers changed leagues in 1998, joining the National League Central, the same division the Cubs play in. Since then, a new rivalry has begun between the two teams, taking off in the early 2000s and gaining steam over the past few seasons. One of the major reasons for the rivalry is that the city of Milwaukee, Wisconsin is only a short distance from Chicago, making it easy for Chicagoan fans of the Brewers, and even many Cubs fans, to attend Brewers games. This has even led many Chicagoans to affectionately refer to American Family Field (the Brewers’ home stadium) as “Wrigley Field North,” a reference to the Cub’s famous home stadium, Wrigley Field. Milwaukee fans often try to keep Cubs fans out of their stadium, but this has proven unsuccessful in recent years and led to a few incidents among fan groups, further cementing the growing rivalry. A notable game in the Cubs-Brewers Rivalry occurred on April 7, 2017 at Miller Park, the Brewers’ home stadium. In this game, the two teams engaged in a spectacular back-and-forth bout which lasted 11 innings, ultimately ending when Brewers left fielder Ryan Braun scored the game-winning run on a wild pitch.

Are the Cubs and Reds rivals?

The Cubs are often rivals with the Cincinnati Reds, and their history as a rivalry goes back to the year 1890, making their competition one of the oldest and longest-running rivalries in baseball history. Both teams are notable for having changed their names frequently over the course of their rivalry. The Cubs have previously been known as the White Stockings, the Colts, and the Orphans, before finally adopting their current name in 1902. The Reds have previously been known as the Red Stockings and the Redlegs. Though the Cubs are a more popular team, Cincinnati has the better record in their rivalry, winning five World Series in place of the Cubs’ three as of 2021.

Who is the Chicago Cubs’ biggest rival?

Without a doubt, the biggest rival of the Chicago Cubs is the St. Louis Cardinals. These two teams have been National League rivals for many years, with Illinois fans divided over support for St. Louis and Chicago. The state’s split down the middle in terms of loyalty has led to a great rivalry in the center of the state, with opposing fans always showing up at their rivals’ ballparks, leading to some great and memorable moments in the stands and on the field.

Why are the Cubs and White Sox rivals?

The Cubs and the White Sox are natural rivals because they share the same home city. As teams who play for the city of Chicago, both the Cubs and the White Sox draw natural support from residents of the city, as well as the state of Illinois. Since the teams are in two different divisions, the two Chicago teams can potentially face each other in the World Series, which only enhances their competition.

Pages Related to Who Are The Chicago Cubs' Biggest Rivals?