Which Player Has The Best Outfield Arm of All Time? 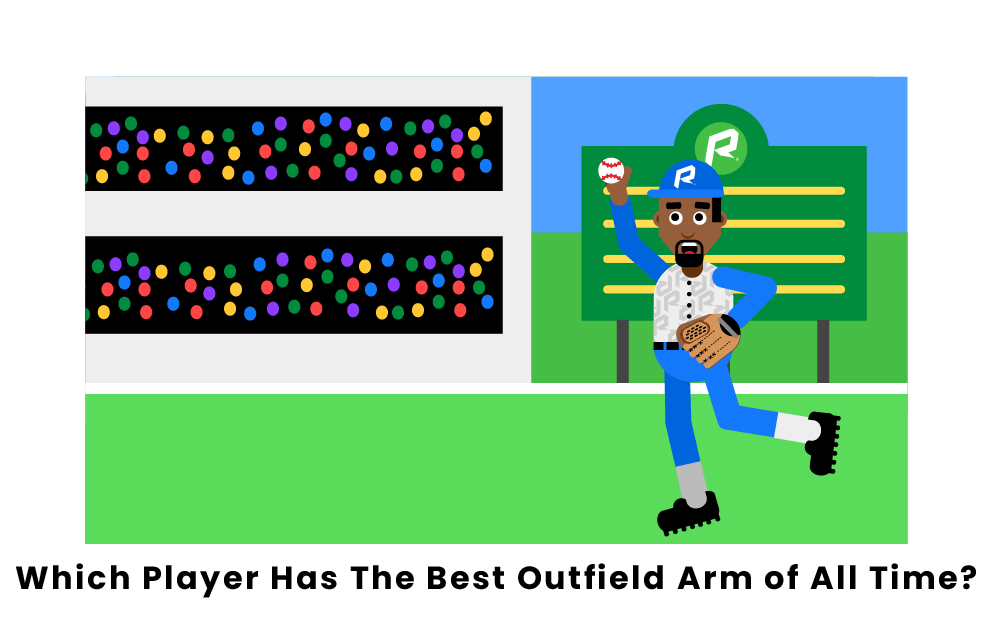 The ability to throw with power and accuracy is one skill that makes for a great defensive outfielder. Over the many decades of Major League Baseball, there have been dozens of elite outfielders capable of completing impressive throws from the outfield walls all the way into the infield. With that said, modern exercise science has helped the most recent players develop incredible throwing arms. Perhaps the greatest such arm belongs to Cuban left fielder Yoenis Céspedes.

Yoenis Céspedes started his Major League Baseball career with the Oakland A’s playing left field in the cavernous Oakland Coliseum outfield. He used his incredible athleticism and strength to make unbelievable plays on a regular basis. Céspedes’ best throws often came on balls that took awkward bounces off the outfield wall giving the runners confidence that they could push for an extra base. Céspedes would often make them regret that decision, like in this play where Albert Pujols tried for a rare triple. In some of these amazing throws, Céspedes reached top velocities of over 100 miles per hour. While that number is impressive even with the ability to take a few steps and unleash a max effort throw, the most impressive part is landing the throw on the money with consistency from over 300 feet. Céspedes completed many throws from deep in the outfield that made it to the infield without a relay throw or even a bounce, landing in a perfect position for his teammates to make a play on the runner. These incredible throws helped Céspedes lead the league in outfield assists in 2014 with 16, while with the A’s. In total, Céspedes compiled 55 career outfield assists while committing only seven throwing errors. Those great stats display his accuracy and arm strength.

After his years in Oakland, Céspedes spent time with the Boston Red Sox and Detroit Tigers before landing with the New York Mets in a major trade deadline deal. The Mets tried to take advantage of Céspedes’ athletic abilities, including his amazing arm, by transitioning him into a center fielder. While the fit was not natural, Céspedes continued to display his unique talent saving Mets pitchers on many occasions while the team played their way to the World Series in 2015. This video shows off a number of incredible throws from later in Céspedes’ career, including many from his days with the Mets.

Overall, in that incredible 2015 season, Céspedes was responsible for saving 16 runs according to the advance stats from Fangraphs. The majority of those outfield assists and defensive runs saved came from Céspedes’ singular ability to fire strikes from the outfield dirt. His arm served as a weapon for every team he played on, and it gave pitchers and teammates confidence. Céspedes managed to combine his defensive prowess with an overall great game as a talented hitter and base runner, making him one of the best players in his day. Injuries limited his success and opportunities later in his career, but in his prime, no one had a better arm than he did.

Pages Related to Which Player Has The Best Outfield Arm of All Time?