Which MLB Team Has Won The Most Home Run Derbys? 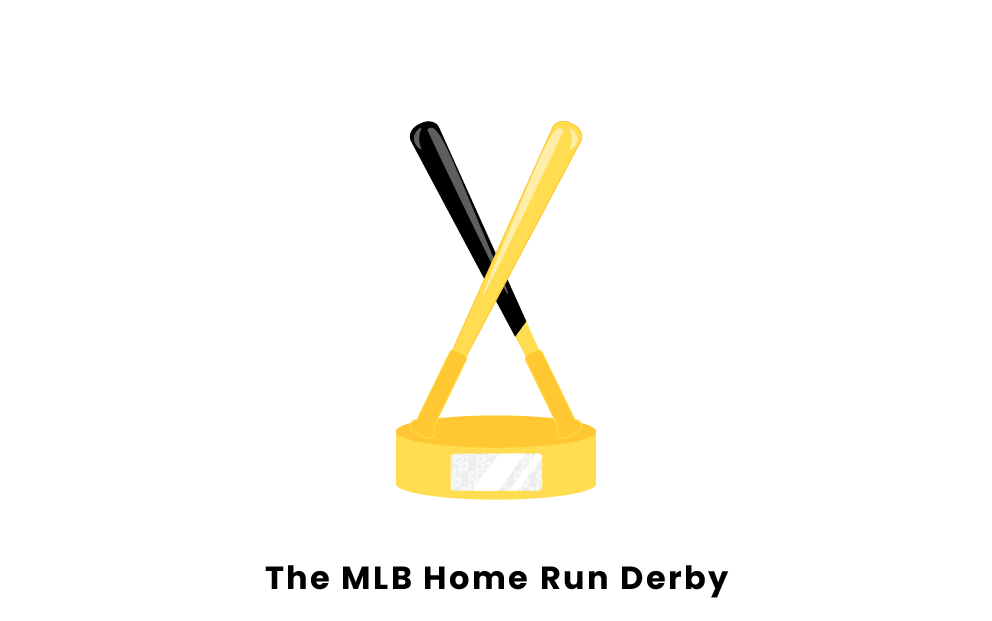 The MLB Home Run Derby is held every July during the All-Star Break. The Home Run Derby features the best sluggers in baseball who compete and try to hit the most home runs in the allotted time. Some teams have been more successful than others in producing Home Run Derby champions, but no team has had more winners than the Yankees.

Which MLB Team Has Won The Most Home Run Derbys?

The New York Yankees are one of the storied franchises in Major League Baseball, having won 27 World Series rings and producing the most home run derby champions in the sport. Tino Martinez achieved the Yankees’ first home run derby victory in a surprising 1997 win. Martinez defeated future Hall of Famer Larry Walker in the final round at Jacobs Field in Cleveland. The Yankees’ second victory came in 2002 as Jason Giambi defeated Sammy Sosa in the final round at that year's derby in Milwaukee. That derby also featured elite sluggers such as Barry Bonds, Alex Rodriguez, and Paul Konerko, but Giambi was able to defeat them. The third victory came in 2011, when Robinson Cano edged out Adrian Gonzalez of the Boston Red Sox for the title. That derby was held in Arizona and featured other sluggers such as Prince Fielder and David Ortiz. The fourth and most recent title was won in 2017 by rookie Aaron Judge, who defeated Miguel Sano of the Minnesota Twins in the final round of that year’s derby in Miami.

The Los Angeles Angels are tied for the second-most home run derby victories of any team in baseball. They have featured elite sluggers such as Mike Trout, Shohei Ohtani, and Albert Pujols on their roster in recent years. However, the Angels have not won a Home Run Derby since 2007, when Vladimir Guerrero Sr. defeated Alex Rios in the final round of that year’s home run derby in San Francisco. The first victory came in 1986 at the Astrodome in Houston, where Wally Joyner was named co-champion alongside Darryl Strawberry of the New York Mets. The Angels also had a victory in 2003 when Garrett Anderson defeated future Angel Albert Pujols at the derby hosted by the Chicago White Sox.

The Oakland Athletics are tied for the second most Home Run Derby Wins with three. Yoenis Cespedes of the Oakland Athletics won consecutive home run derbies in 2013 and 2014 at Citi Field in New York and Target Field in Minneapolis, respectively. In 2013, Cespedes defeated Bryce Harper of the Washington Nationals, and in 2014 he defeated Todd Frazier of the Cincinnati Reds in the final round. The only other victory occurred in 1992 when Mark McGwire defeated Ken Griffey Jr. of the Seattle Mariners at Jack Murphy Stadium in San Diego. The A’s have had other power hitters in recent years, such as Matt Olson and Billy Butler, but neither of those players have ever won a Home Run Derby.

The Cubs were infamous for a 108-year World Series drought between 1908 and 2016. Despite this, the team has had success over the past few decades in the home run derby, although their last victory in the contest occurred in 2000. In 2000, Sammy Sosa won the contest by defeating Ken Griffey Jr. in the final round of the derby at Turner Field in Atlanta. The other two victories came in 1987 and 1990, when Andre Dawson and Ryne Sandburg were victorious. The 1990 victory was special for Sandburg because he won the derby at the Cubs’ home park, Wrigley Field.

The Seattle Mariners have won three home run derbies, and all three were won by the same player: Ken Griffey Jr. The first of the trifecta occurred in 1994 when Griffey Jr. defeated Fred McGriff of the Atlanta Braves. This was later followed by consecutive victories in 1998 and 1999, where Griffey Jr. was victorious in Colorado and Boston. Griffey Jr. was a superstar outfielder for the Mariners during the 1990s and played the latter stages of his career for the Cincinnati Reds. Griffey Jr. is also well known for having been teammates with his father, Ken Griffey Sr., during his rookie season.

Despite having won three home run derby titles, the Reds had a 26-year stretch between 1989 and 2015 without a title. Reds slugger Dave Parker won the inaugural home run derby at the Metrodome in 1985 over future Hall of Famers such as Eddie Murray, Carlton Fisk, and Ryne Sandburg. The title in 1989 was split between Eric Davis of the Reds and Ruben Sierra of the Texas Rangers. Todd Frazier won the home run derby in 2015 in front of his home crowd at Great American Ballpark in Cincinnati. Frazier defeated Joc Pederson of the Los Angeles Dodgers in the final round, and the 2015 derby was also the debut of timed rounds.

Pete Alonso won consecutive titles in 2019 and 2021, as there was no derby in the 2020 season because of the COVID-19 pandemic. Alonso defeated Trey Mancini of the Baltimore Orioles in the final round of the 2021 derby at Coors Field in Denver. In 2019, Alonso edged out fellow rookie Vladimir Guerrero Jr. of the Toronto Blue Jays at Progressive Field in Cleveland. The only other Mets home run derby victory occurred in 1986, when Darryl Strawberry shared the title with Wally Joyner of the Angels, barely edging out the previous winner, Dave Parker of the Cincinnati Reds.

The Orioles have won the home run derby twice in franchise history, with Cal Ripken Jr. in 1991 and Miguel Tejada in 2004. The Orioles have had plenty of power hitters in more recent years, as Manny Machado, Mark Trumbo, Chris Davis, and Trey Mancini have all had opportunities to compete at the derby in an Orioles uniform. The 1991 victory for Ripken Jr. occurred at the Skydome in Toronto, and Ripken also became the first player to win the home run derby and All-Star Game MVP in the same year. The 2004 victory for Tejada occurred at Minute Maid Park in Houston, where he edged out Lance Berkman in front of Berkman’s hometown fans.

The Phillies’ only two home run derby victories occurred in consecutive years by different players. Bobby Abreu defeated Ivan Rodriguez at the 2005 derby, and Ryan Howard defeated David Wright of the New York Mets in 2006. The 2005 derby took place in Detroit and is the only derby where each player represented their home country, as the MLB was promoting the upcoming World Baseball Classic. Abreu represented his home country of Venezuela in the victory and defeated Rodriguez, who represented Puerto Rico. Howard won his only derby in 2006 at PNC Park in Pittsburgh and hit eight balls into the Allegheny River beyond the stadium.

The Rangers have not had a derby champion since Juan Gonzalez won it in 1993. Gonzalez defeated Ken Griffey Jr., who famously hit the Warehouse in right field at Camden Yards in Baltimore with a home run. Gonzalez defeated Griffey Jr. in a sudden death swing off. The only other victory for the Rangers occurred in 1989 when Ruben Sierra shared the title with Eric Davis of the Reds. The Rangers have had prolific sluggers such as Alex Rodriguez, Josh Hamilton, and Adrian Beltre on their roster in more recent years but have not been able to win a home run derby with any of those players.

Washington’s two home run derby wins have both come in recent years, with their first victory in 2018 and their second in the most-recent home run derby of 2022. In 2018, the Nationals’ Bryce Harper earned the trophy for his team at the derby, starting off as the second seed in the first round. In the finals, Harper faced off against Kyle Schwarber of the Chicago Cubs, defeating him with a score of 19-18. In Washington’s most-recent win, star outfielder Juan Soto put in a massive performance, hitting 53 home runs with an average distance of 427 feet. The 23-year-old Soto faced off against 21-year-old Seattle Mariners outfielder Julio Rodriguez in the final round, the first time in home run derby history that two players younger than 23 have met in the final. Soto defeated Rodriguez 19-18, giving Washington their second victory in the derby.

Pages Related to Which MLB Team Has Won The Most Home Run Derbys?