What Is Waiver Order In Fantasy Baseball? 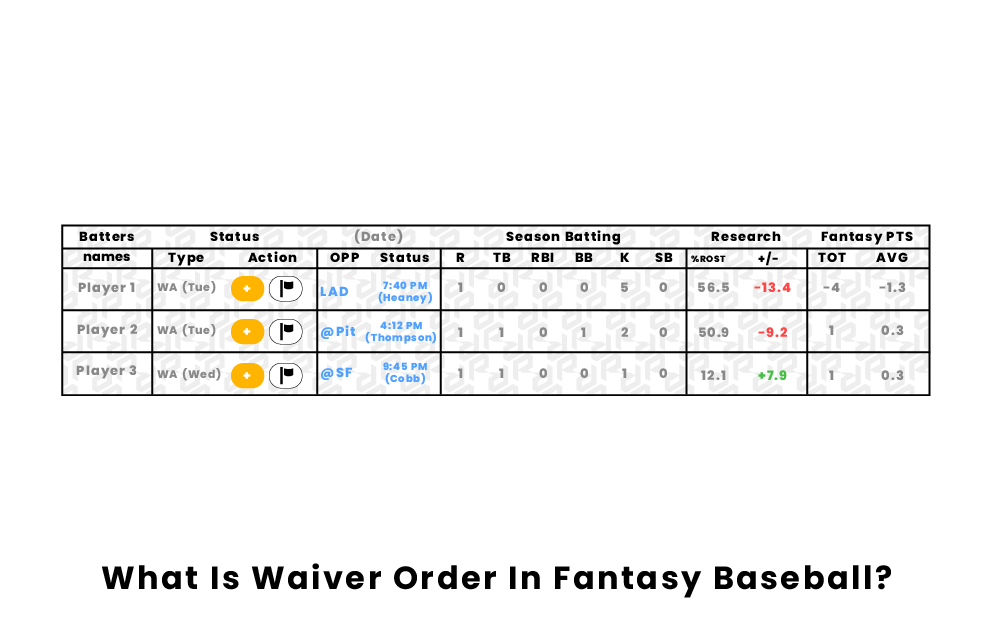 Waivers in sports are a way for each team to have a fair shot at acquiring a player. In fantasy sports, players land on waivers for the first few days of the season if they are not drafted or if they are dropped at any time during the season. The waiver order is a list of teams that acts as a tiebreaker if two or more teams attempt to claim the same player. The higher on the list a team is, the higher their “claim” is, and thus the higher their chance to claim a player off of waivers.

How is Waiver Order Determined? 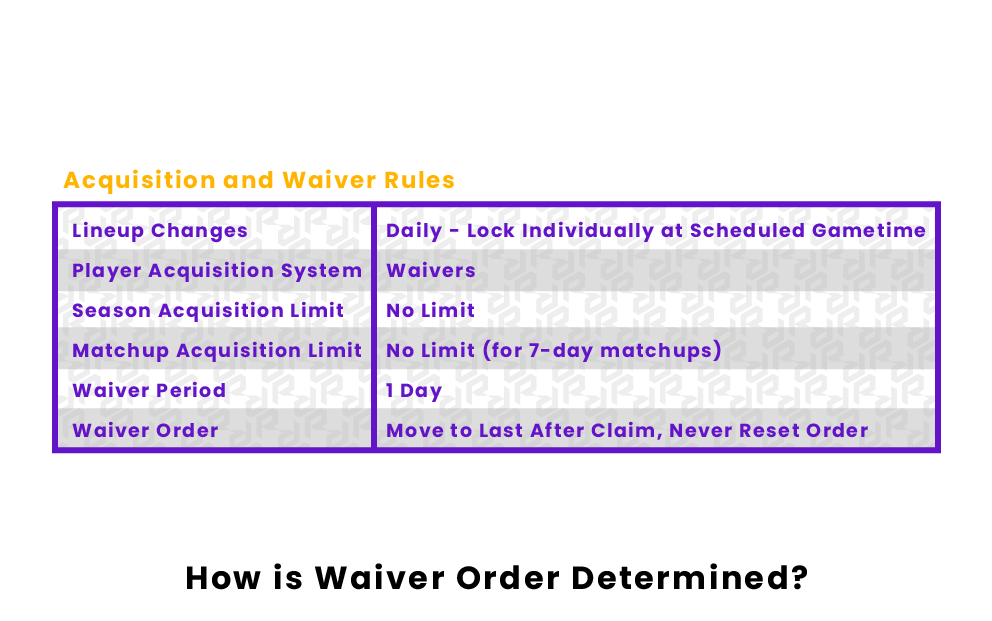 Why Does Waiver Order Matter? 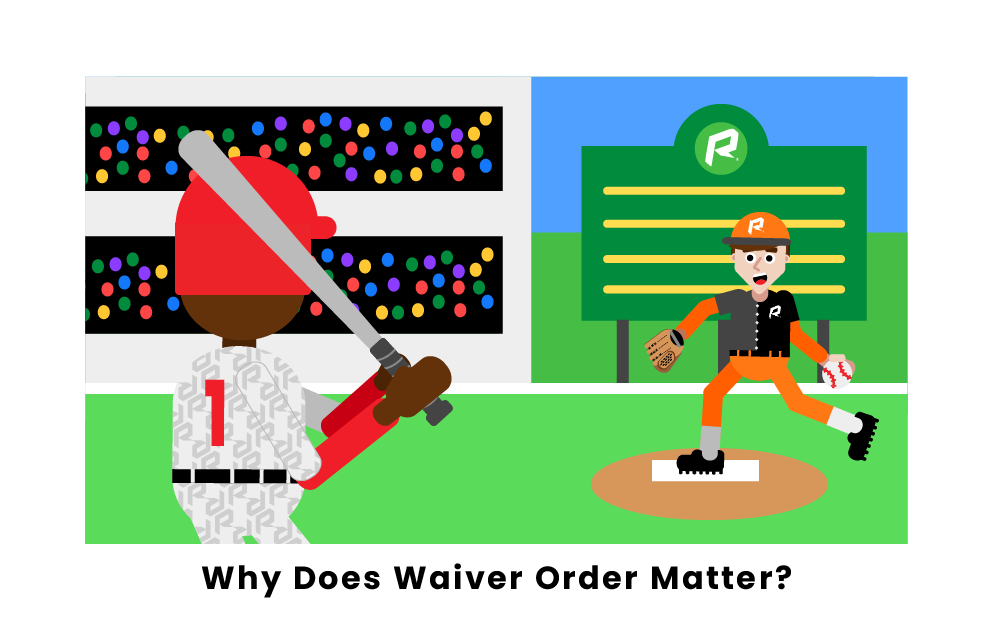 The waiver order is simply a list of the teams in the league, detailing who has priority in their waiver claims. If two teams attempt to acquire the same player off of waivers, the team listed higher on the waiver order gets the player. Thus, it is an advantage to be higher on the list.

How Long are Players on Waivers? 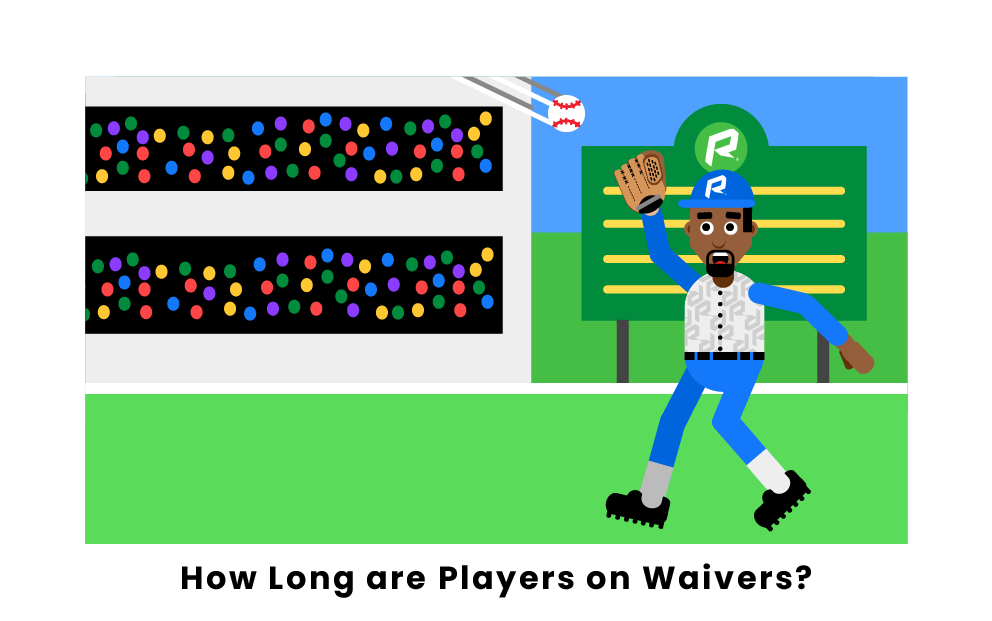 The length of the waivers period varies depending on the league and website you are on. However, a typical waiver period is two to three days. This means every team in the league has a chance to claim the player during that two to three-day period. At the end of that period, out of the teams which claimed a specific player, the highest team in the waiver order is given the player.

Can You Claim Multiple Players off of Waivers? 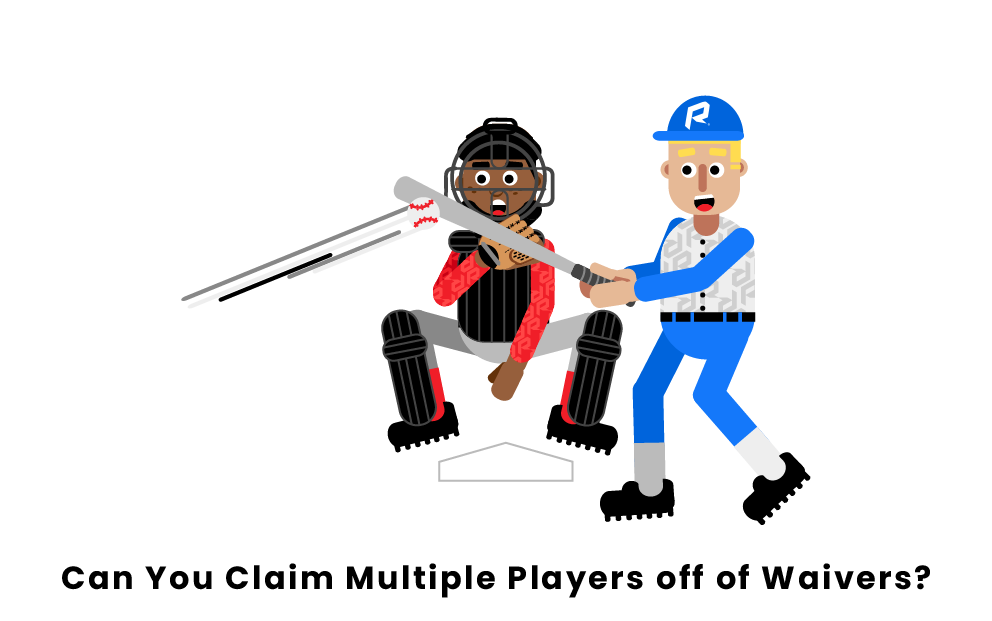 Pages Related to What Is Waiver Order In Fantasy Baseball?