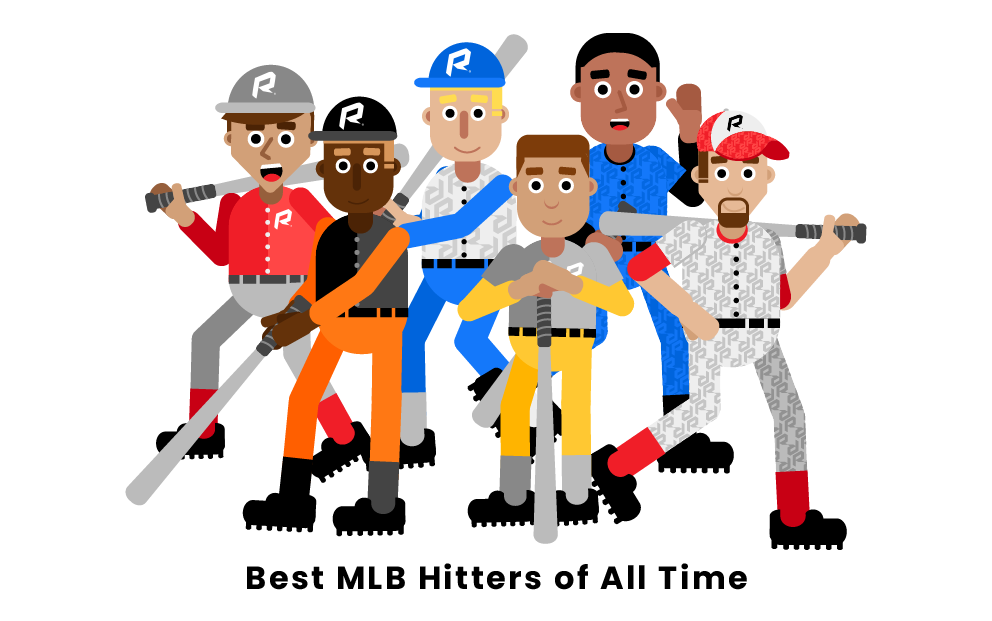 Hitting is far and away the most recognizable facet of baseball, and many players have made millions off of their ability to hit the ball with authority. Some have risen above the rest in terms of recognition for hitting ability, setting league records and achieving baseball immortality. Read on to learn about the top six best MLB hitters of all time.

Who are the best MLB hitters of all time?

George Herman Ruth Jr. was born in Baltimore, Maryland, and was later given the nickname “Babe” when starting his professional baseball career at the age of 19. Ruth started his career with the Boston Red Sox and was then later sold to the New York Yankees in 1919. Over a 22 season career, Ruth had a batting average of .342, which puts him 10th best among all MLB hitters. In addition, Ruth hit 714 home runs, which puts him third all-time for this hitting category. Ruth was one of the original professional baseball players to be inducted into the sport’s hall of fame and is still a household name nearly a century after his retirement. 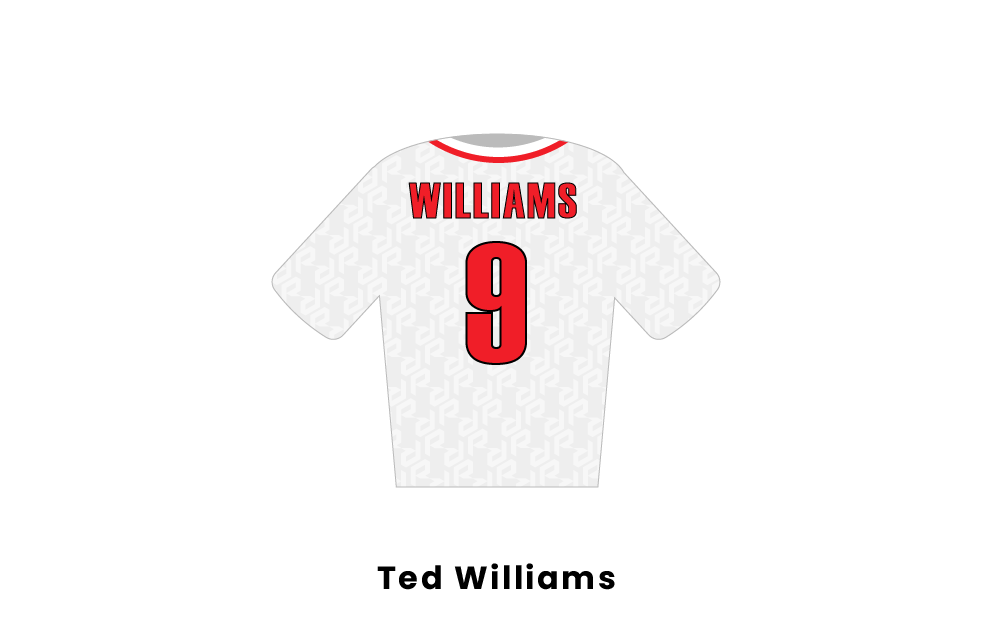 Ted Williams started his professional baseball career at the age of 20 with the Boston Red Sox in 1939. During a 19 year career, Williams was known for his consistency and discipline when hitting. In addition, Williams was known for his military service for his country between 1943 and 1945, which cut into his prime and very well may have prevented him from achieving even more legendary status. With an on-base percentage of .482, Williams is the all-time leader in this hitting category. He is also the last player to have hit over .400 in a season, accomplishing the feat in 1941 with a batting average of .406. Williams earned the American League’s Most Valuable Player Award twice, in 1946 and 1949. Over his career, Williams had a career batting average of .344 and hit 521 home runs, both extremely impressive marks. In 1966, Williams was inducted into the Baseball Hall of Fame. 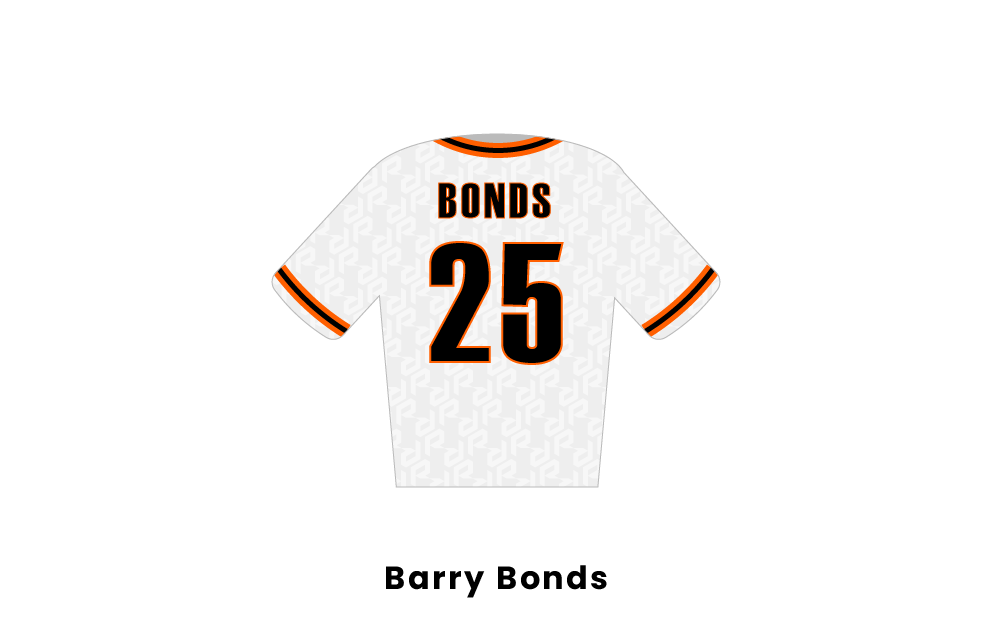 Barry Bonds played professional baseball for the Pittsburgh Pirates and San Francisco Giants during a 22 season career. Bonds began playing professional baseball at the age of 21 with the Pittsburgh Pirates and finished his last season with the San Francisco Giants in 2007. During his time in professional baseball, Bonds earned seven Most Valuable Player Awards and 12 Silver Slugger Awards. Bonds is the all-time leader in home runs with a total of 762. Despite having a very impressive career, Bonds hasn’t been inducted into the Baseball Hall of Fame thus far because of his alleged usage of performance-enhancing drugs.

Hank Aaron played professional baseball for 23 years, primarily with the Atlanta Braves, who were the Milwaukee Braves during the earlier portion of Aaron’s career. Aaron was known for his power-hitting abilities throughout his career. From 1955 to 1975, Aaron was awarded a spot on the All-Star Team every year. Aaron is second in the all-time home run list with 755 home runs, trailing only Barry Bonds for the most home runs of all time. Currently, Aaron holds the record for the most runs batted in, with a total of 2,297. In addition, Aaron was named the Most Valuable Player for the American League in 1957. Aaron was inducted into the Baseball Hall of Fame in 1982.

Pete Rose played professional baseball for 24 years with a few different teams, including the Cincinnati Reds, Philadelphia Phillies, and Montreal Expos. Rose is best known for the longevity of his career, playing until he was 45 years old. Due to this longevity, Rose is the all-time leader in games played, with a total of 3,562 games. More significantly, Rose is the all-time leader in hits with a total of 4,256. Rose was named the Rookie of the Year in 1963 and was awarded Most Valuable Player ten years later in 1973. However, Rose hasn’t been inducted into the Baseball Hall of Fame because of his alleged history of sports betting. 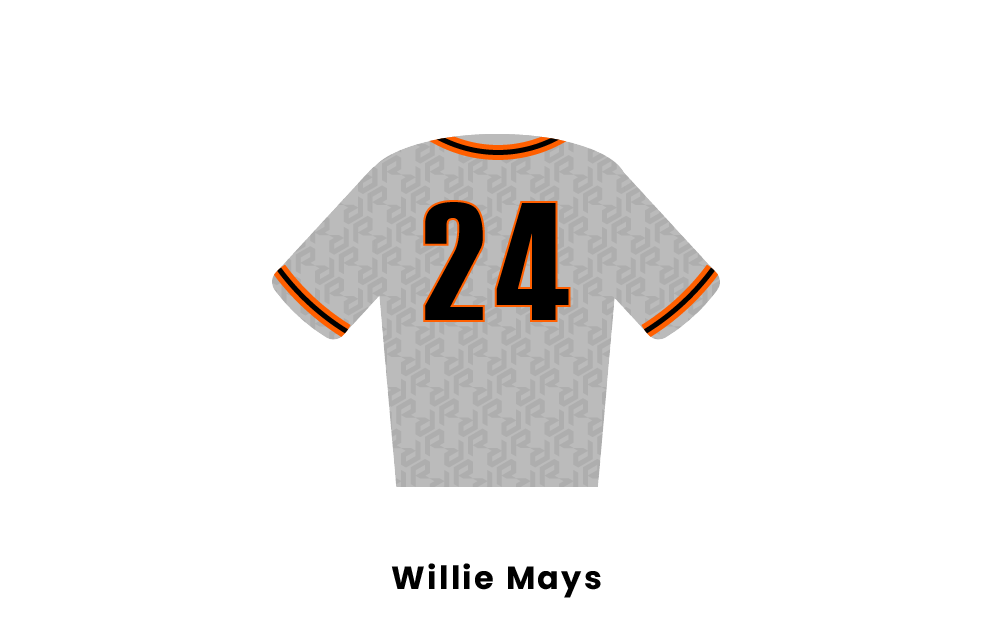 Willie Mays played for the Giants, both in New York and San Francisco, for most of his 23-year playing career. During his last two years in Major League Baseball, Mays played for the New York Mets. During his first season in 1951, Mays earned the Rookie of the Year award. In total, Mays appeared in 20 All-Star Games throughout his career. Mays also earned the Most Valuable Player award in 1954 and 1965. In total, Mays had 3,293 hits, 660 home runs, and 1,909 RBIs. Mays was inducted into the Baseball Hall of Fame in 1979.

Who is the best MLB hitter of all time?

The best MLB hitter of all time is widely thought to be Babe Ruth. During a 22-season playing career, Ruth was included in the all-time top ten for many different hitting categories. Specifically, Ruth had the highest on-base plus slugging number with a 1.164. In addition, Ruth is 2nd on the all-time runs batted in list with a total of 2,213 RBIs. Ruth is also 3rd all-time in home runs with a total of 714. Most impressive of all, however, is how Ruth revolutionized the game by being the first great home run hitter in league history. It wasn’t an uncommon occurrence during his career for Ruth to hit more homeruns in a season than entire franchises.

What MLB batter has the most home runs all time?

Barry Bonds had the most home runs all time during his playing career with the Pittsburgh Pirates and San Francisco Giants. In total, Bonds hit 762 home runs, which is seven more than Hank Aaron, who holds second place on the all time list. In addition, Bonds is also the leader for the home runs hit in a single season with 73, a feat he accomplished during the 2001 season.

What MLB hitter has the most hits all time?

Pete Rose is the MLB hitter with the most hits all time. During his 24-season career, Rose had a total of 4,256 hits. In addition, Rose played in 3,562 games, which is the most all-time by any player. Rose made an appearance in 17 All-Star Games while also being crowned the Most Valuable Player in 1973. Rose’s playing career ended at the age of 45 years old.

Pages Related to Top 6 Best MLB Hitters of All Time