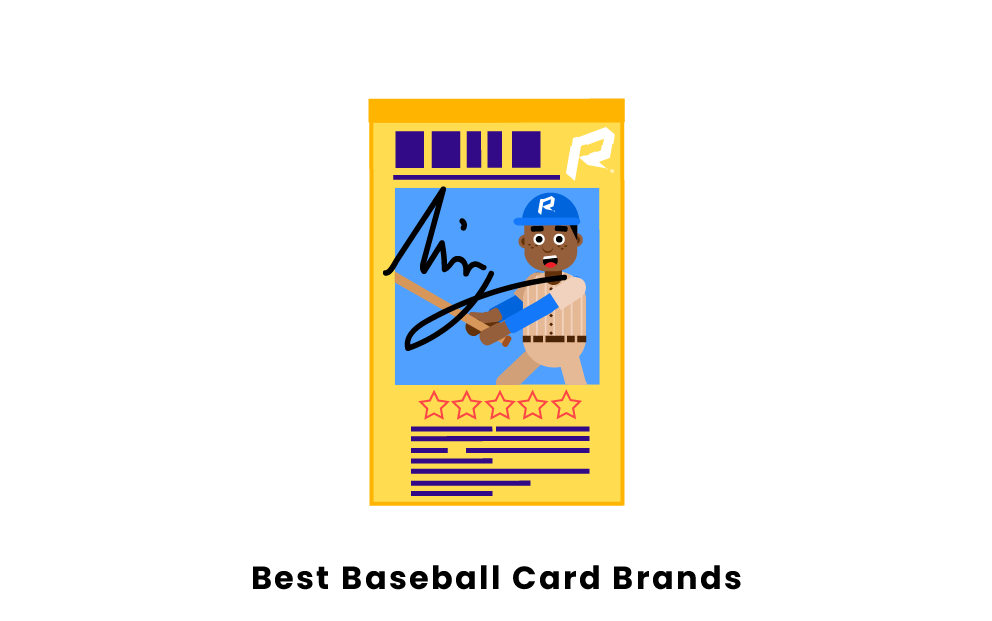 Since their inception, trading cards have been a method for fans of sports teams to collect their favorite players or moments and express their respective fandom in a physical form. Numerous brands such as Panini, Upper Deck, and Topps paved the way, and today, collecting baseball cards is as popular as ever.

What are the most popular baseball card brands?

Topps has long been one of the industry giants of sports trading cards, with plenty of representation in all of the four major sports in the US, but they are most well-known for their baseball card line. They started making baseball cards in 1951, and their 1952 Mickey Mantle card is one of the most sought-after cards in the collecting world today. Topps produces cards that are typically seen as the industry standard in regard to the size of the card and the inclusion of players' stats on the back.

The company initially started by selling chewing gum in the 1930s. However, Topps eventually expanded into baseball cards. As their popularity and success grew, they didn't stop and ultimately became a top company in football, basketball, and hockey trading cards. In 2010, Topps became the only card manufacturer to officially partner and have a licensing deal with the MLB, which speaks to the company's quality as a whole.

While still a relative newcomer to the baseball card scene, with the company only starting to make cards in 2009, Panini has quickly cemented itself as one of the few competitors to last to this day and challenge Topps in terms of sales and popularity. Today, the brand finds most of its success with the Donruss Playoff cards rights they purchased in 2009; this line has stood the test of time and is seen as valuable to collectors on the market.

Before its success in the baseball card market, Panini was an established brand as far back as 1961 and had previously held immense popularity in Italy's soccer and sticker market, on which their company was founded. One of the main differences that set Panini apart is that they have no licensing agreement with the MLB and therefore are not allowed to use team names or logos on their cards.

Upper Deck is a well-known baseball card brand founded in 1989. The outstanding quality of their cards sets the standard for the card industry as a whole, and no feature better highlights this than their 1992 Upper Deck Authentication (UDA) program, which was a five-step process that ensured their memorabilia and cards' autographs were authentic. This process included having a witness at every signing event for athletes, which solidified the company's already exceptionally trustworthy reputation.

Upper Deck's massive popularity and positive reviews later led the company to become the first trading card company to branch out in other sports in 1991, most notably hockey, basketball, and football. Their varied line of products and game-changing ideas set Upper Deck apart from the competition. Upper Deck set itself apart by including pieces of game-used jerseys and autograph inserts in their 1996 'Upper Deck Football Set' and the 1990 'Baseball Heroes' set. This practice has become a staple of the card collecting hobby today.

With humble beginnings, initially only selling non-sports cards in their 'Horrors of War' collection and having success in the bubblegum industry, Bowman finally released its first set of baseball cards, a mere 48 in total, in 1948. This set and the two following are known as their "Play Ball" collection, and to this day, they remain one of the most sought-after and iconic sets in baseball card history. After its initial success in the 1940s, the company struggled to compete with the other main gum and trading card company, Topps.

The two would quickly form a rivalry that would challenge each company to keep outpacing the other in terms of the quality and quantity of their products. Topps would eventually acquire the brand in 1989, but changed the focus of the cards to rookie players, for which it has since become a staple of the collecting community. Their emphasis on rookies and their long history in the industry speaks to the volumes of experience and trust many have in the company as a whole.

Fleer is another company that has long-standing roots in the baseball and trading card industry. Founded in 1929, Fleer is still producing cards today, and while the Topps conglomerate has acquired the brand, it still sets itself apart in today's market. Known for its baseball cards, including its 1959 80-card set and its 1960 and 1961 “Baseball Greats” series, the brand is still popular as ever in the eyes of collectors.

Outside of baseball, Fleer found success in other sports markets as well. Basketball cards especially became a massive boom for the company, and their cards still hold immense value today. The Michael Jordan Fleer rookie card is one of the most sought-after trading cards amongst all sports collectors. Fleer's unique releases and diverse sets of cards help the company maintain its profile and popularity today.

Donruss–or Donruss Leaf Playoff, as it was initially known at its creation in 1981–has had quite a tumultuous history in terms of ownership. After a brief hiatus from 1998 to 2001 due to financial issues and a lack of an official MLB property license, Donruss struggled to find success at first. However, fans and collectors' resilience and continued support of the cards shows that it's still as popular as ever.

Yet, with its now-iconic 2007 Elite Extra Edition set, which mainly focused on prospects and draft picks with an NCAA license, Donruss found a new avenue for success without needing team logos or player images. Sadly this victory did not save the company, and it eventually was bought by Panini in 2011, who has steered the brand back into success since its transition in ownership. Despite the lack of stability with ownership, the quality of the cards has never wavered, and they are still a valuable part of many collectors’ baseball card collections.

Which brand of baseball card is most valuable?

The most valuable brand of baseball card can vary depending on the specific card, however Topps is generally the most constantly valuable baseball card brand. Topps is considered the leader of the industry, and rookie cards produced by Topps are often very highly sought after. For example, a graded 1/1 Mike Trout rookie card that Topps produced in 2011 sold for $1.05 million in 2021.

What brand made the most expensive baseball card of all time?

The most valuable card of all time is a 1911 Honus Wagner card that was produced by the American Tobacco Company. While they certainly aren’t a modern mainstay in the trading card business, their Honus Wagner card sold for a whopping $6.6 million. This card dates back to the days in which tobacco companies made baseball cards as a promotional item within their packs of cigarettes.

What is the oldest baseball card company?

While various forms of baseball cards have existed since the mid-1800s, the first company to mass-produce baseball cards in America was Goodwin & Co., which launched the now-famous N167 line in 1886. These cards featured 12 players from the New York Giants, the company’s home team. Over time, baseball cards became a major mass phenomenon, and these days, there are dozens of baseball card companies across the country.