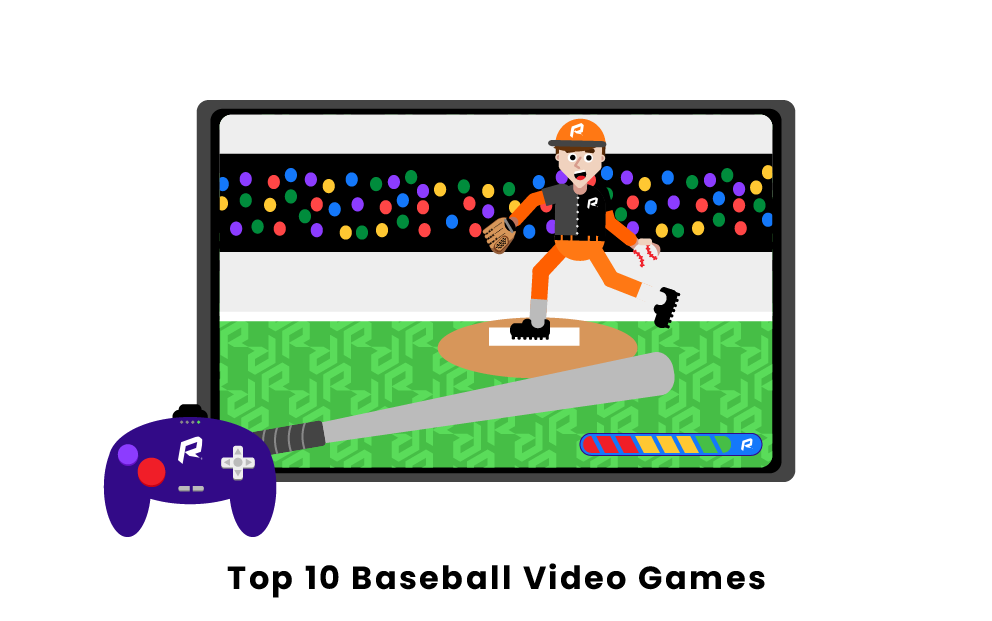 What are the most popular baseball video games?

Even MLB itself ranks MVP Baseball as the best baseball video game. The first iteration of the game came out in 2003. During its two year reign the game was available on Xbox, Playstation 2, Nintendo GameCube, PC, and PSP. The game was famous for its franchise mode which allowed players to create teams and manage them while still playing baseball. The pitching in MVP Baseball was modernized, using a pitching meter, which still exists today and the hitting was simple, with a button push used to hit and a joystick to control direction. Despite it's ending in 2005, due to licensing, this game is still held in high regard today as the best baseball video game of all time.

MLB The Show is the most realistic baseball game of all time. The series is currently being released, with MLB The Show 20 being the most recent iteration. The game currently exists only on Playstation, specifically the PS4 but it has been announced that the 2021 version of the game will be released on more platforms such as Xbox, PC, and Nintendo Switch. This game series has existed in some form since 1997 but took flight after the MLB 2k series ended in 2013. Sony currently has exclusive licensing rights to the MLB meaning that you can play with all the current, and some former, teams and players. One of the most popular modes is Road to the Show where you can create a player, get drafted and work your way to the Majors.

When it comes to pure nostalgia, this game might be the most beloved of all time. Released in 1994, it was the first baseball video game published by Nintendo since 1989. The game had an official licence with the MLB but not the MLB Player's Union so you could play with real teams but the only player you could use was the cover athlete himself. The game had the best graphics of any baseball video game up until that time and came with a soundtrack that screamed 1990s while being fun. For many who are adults now this game represents their childhood.

The RBI Baseball series was rebooted in 2014. Currently it is a secondary option to MLB The Show if you don't own a PS4. However, the modern version is not what makes this game the fourth most popular of all time. The original, first created in 1988, was released on the Sega Genesis, NES, and SNES. The game was the first ever to make a deal with the MLBPA, meaning that you could pitch with Nolan Ryan or steal bases with Vince Coleman. You had to use eight generic teams named after their cities but playing with real MLB players was a happy addition. The game's graphics were not the best but had easy gameplay that was fun for first time video game players.

When All Star Baseball was first released in 1998 it was quickly considered the best baseball game on the market. First released on the Sega Saturn, this game eventually made its way to the N64, GameCube, Xbox, and PS2. In 1999, the most popular version of the game, they made use of having deals with both the MLB and MLBPA meaning you could play with your favorite players and teams. The game was programmed to be realistic, ahead of its time, and even customized batting stances. The game continued to exist until 2005, but failed to develop and compete in the 21st century. For many that is why All Star Baseball '99 is the last great baseball game of the 20th century, before a new era began.

If you've ever played NBA Jam you know how fun it can be to play a ridiculous and unrealistic game. While it wasn't quite NBA Jam, MLB Slugfest was the closest equivalent to it for baseball video games. This game involved flames and let you start a fight on the baseball field at any time. The series lasted a few years from 2003 to 2005, but it was immensely popular just because it was so drastically different. The game existed on GameCube, PS2 and Xbox. The game ended around the time that realism started to be popularized in sports video games. This one still has a place in video game fan's hearts. The game allowed you to drop kick the catcher, who doesn't like that?

Combine the most beloved video game character of all time and America's pastime and what do you get? A great game of course. Mario and baseball first crossed paths in 2005 with Mario Superstar Baseball on the GameCube. This version was later released for the Wii in 2008. The game features everyone's favorite Mario characters. You can pick a team and go and play against your friends or you can go on adventures playing your way through unique stadiums and situations. The game is nowhere near realistic baseball but is immensely popular, especially with younger kids. You won't find this game on any modern consoles or at the top of anyone's most realistic games list but it certainly is a fun one.

Backyard Baseball is the only game on this list that was exclusively a computer game, only being released for Mac and PC. Released in 1997, this game is not about the MLB or professional baseball. This game is about playing sandlot baseball with your friends. The cartoon graphics show a set of diverse young people playing in backyards and alleyways. The game is all about fun and reminding you of playing with your friends. It has continued its popularity since the late 1990s and is a part of so many baseball fans' childhoods. More recent versions of the game have included MLB players like Chipper Jones and David Ortiz in cartoon form. Pablo Sanchez, however, might just be the best baseball video game character of all time.

If you think of classic old school sports games it doesn't get much better than this. While it may seem incredibly simple today, Baseball Stars was the first baseball game that allowed you to save your progress. This meant that as a player you could play an entire season over the course of many days, weeks, months, etc. This gave players the real marathon feel of a baseball season. The game accumulated statistics for you too, so you could brag about how many home runs you hit with any player. This game lets you create your own player and team for the first time ever. For 1989 and NES this wasn't bad at all. The graphics too were revolutionary for the time, making this a game that pushed baseball video games forward.

Wii Sports was released with the original Wii in 2006. Since it came with the console, this game was almost everyone's first video game on the Wii. Wii Baseball was not the only sport; the game also had boxing, tennis, golf, and bowling. The baseball part of the game is laughable in terms of realism. The players have no legs and play only three innings. However, the Wii's mobility lets you actually throw and hit with your arm. Due to this, and the best selling nature of the Wii, this game deserves recognition as one of the best baseball video games of all time.