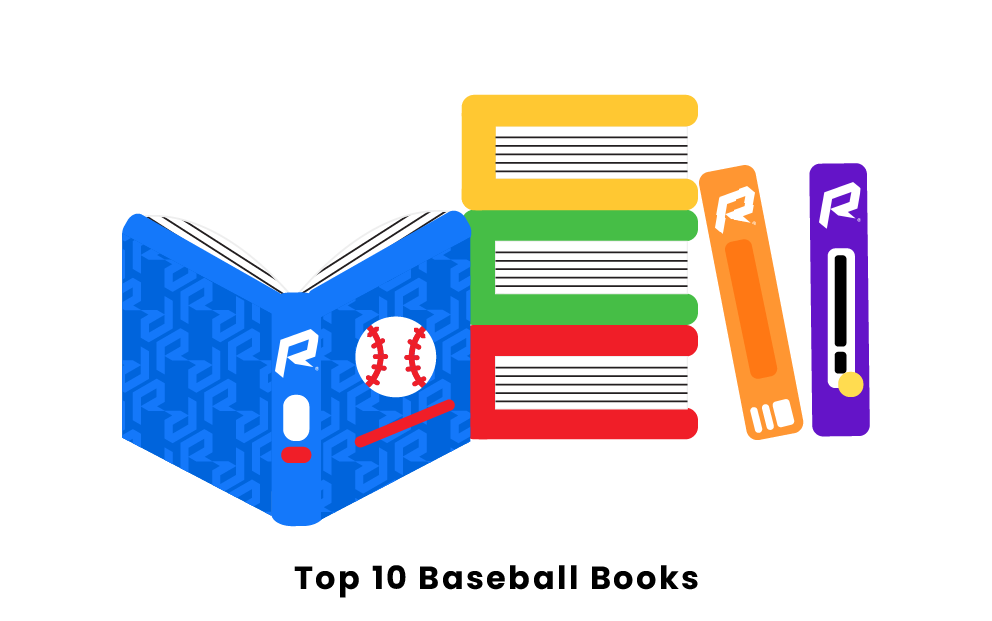 What are the most popular baseball books?

Moneyball by Micheal Lewis is arguably the most popular baseball book in the United States. Moneyball gives its readers an inside look into the 2002 Oakland Athletics as they attempt to put together a talented team of players on a small budget. The book explains the concept of "sabermetrics," which was unlike anything MLB teams were using at the time. The book had a huge impact on the game of baseball and transformed the way many teams were building their franchises.

After the Oakland Athletics began using sabermetrics, many teams followed and it is now a common practice for Major League Baseball teams to have sabermetric analysts to track a player's performance. Sabermetrics revolutionized the sports world and Moneyball highlights the first individuals to use it to their advantage. Micheal Lewis' book has sold over 1 million copies and continues to be one of the most talked about books in the baseball world.

Boys of Summer is often considered to be one of the greatest nonfiction sports books in history. While not an athlete, Roger Khan was a Brooklyn Native and sports reporter for the New York Herald Tribune. He recounts growing up in Brooklyn when the Dodgers were still based in New York. Khan vividly writes about the 1955 World Series and follows many of the team's most notable players. The book is often noted as one of the first to prove that baseball could be written in a serious fashion and paved the way for many famous sportsbooks written to date. Khan is known to write about athletes in a vulnerable fashion, making him one of the most famous sports authors in the United States. However, the book has been criticized for being overly sentimental when discussing the accomplishments of the Brooklyn Dodgers. Despite that, Boys of Summer continues to make it on the lists of top sports books of all time, even years after it was published in 1972.

3. The Mental Game of Baseball

H.A Dorfman and Karl Kuehl's book, The Mental Game of Baseball, is one of the most recommended books for players looking to improve their performance. As a sports psychologist and a former baseball scout, both authors are able to give an inside look into an athletes mental game. The book explains the mental aspect of the sport and details how players can reach peak performance, all by improving their mental skills.

H.A Dorfman and Karl Kuehl use minor and major league players to prove to readers that mental baseball is key in reaching peak performance. As sports psychology and mental aspects of sports are becoming just as important as the physical aspects, The Mental Game of Baseball continues to grow in popularity. The book is known for giving tips that can be easily implemented into any player's game no matter the age and continues to be read by players and coaches.

Ball Four by Jim Bouton is characterized as one of the most controversial sports memoirs. In his book, Bouton details his 1969 season as a pitcher for the Seattle Pilots and later the Houston Astros. Bouton covers not only the action on the field, but the drama and controversies that occurred off the field as well. The book was so controversial that the baseball commissioner at the time attempted to discredit it entirely. Even players were unhappy with the way Jim Bouton wrote about his experiences in the sport. Yet, Ball Four is one of the more decorated baseball books, being named on the New York Public Libraries', Books of the Century's, and Time Magazine's 100 Greatest nonfiction books of all time. Jim Bouton's memoir quickly sold out in stores when it was first released and today has over 1 million copies sold worldwide.

Everyone knows about the rivalry between the New York Yankees and the Boston Red Sox. Summer of '49 by David Halberstam is a Pulitzer Prize winning classic about this rivalry in a post-war America. The author writes about star players like Joe DiMaggio and Ted Williams and gives detailed accounts of many pivotal games. While writing, Halberstein asked former players to recount specific moments of the game, giving readers an inside look into many specific plays and events during the season. While Summer of '49 is very different from many nonfiction sports books as it takes a look into the history of the era, it is undoubtedly a classic that covers one of the peaks of one of the biggest sports rivalries in history.

6. The Glory of their Times

Everyone wants to know the stories and secrets of some of the greatest baseball players to ever live. The Glory of their Times brings these stories to light through the perspective of the many greats that played the sport. Lawrence Ritter interviewed multiple baseball greats, documenting what it was like to play baseball in the early days. The preparation and documentation of the book is arguably as fascinating as the book itself, as Ritter dedicated years to traveling the country and tracking down all of the players in their hometowns and in visiting cities. The book was so popular when it was released that sports announcers like Red Barber called it "The Best Baseball book of all time."

The Glory of their Times is a great book for any sports fan wondering what life is like as a major league baseball player and is interested in what goes on behind the scenes.

7. A Day in the Bleachers

A Day in the Bleachers covers the series opener between the New York Giants and the Cleveland Indians in the 1954 World Series. As an award winning sports writer, Arnold Hano gives every detail, from the travel to the stadium as a fan to the unforgettable catch and throw by player Willie Mays. What makes A Day in the Bleachers so different from baseball nonfiction is that Hano explores the game from the perspective of a fan watching the game live from the outfield bleachers. Instead of exploring the details of the players, Hano describes what it was like to watch history present itself live and in real time. A Day in the Bleachers is known to be Hano's best work and one of the only baseball books to describe the historic catch made by Mays. So much so that there was a 2004 special release of the book to commemorate 50 years since the famous catch.

Mickey Mantle is one of the most talented baseball players in the world, holding a triple crown, golden glove and holding a spot in the Hall of Fame. But, many people do not know the events that impacted his life off the field as well. The Last Boy takes a look into the life of Mickey Mantle both on and off the field from his amazing home runs to his struggle with alcoholism later in life. The book weaves in many first hand accounts of Mantle's life as author Jane Leavy had the chance to interview him years after he retired from baseball. Many baseball fans are obsessed with the legacy of Mickey Mantle, and The Last Boy is able to discover the characteristics that made Mickey Mantle a popular ballplayer.

The story of the Black Sox and the 1919 World Series is one of the biggest sports scandals in history. Eliot Asinof takes readers behind the scenes of the 1919 World Series and reveals just how and why the biggest World Series scandal was able to be successfully executed. If anyone has wondered how anyone could get away with fixing a World Series, Eight Men Out explains in detail how the White Sox fixed the series and why anyone would want to fix one of the biggest sports championships. Key players involved like Shoeless Joe Jackson and Eddie Cicotte make appearances throughout the book as well. Yet, the book is controversial as author Eliot Asinof is known to leave out key information and make up events and people to add to the story.

Baseball goes beyond the players and the fans, with a complex world of owners, general managers and promoters. Author Bill Veeck grew up in the baseball world, with his father being the general manager of the Chicago Cubs. As a result, it is no surprise that Bill Veeck would become a baseball franchise owner and promoter of the Cleveland Indians, St. Louis Browns and the Chicago White Sox. His autobiography, Veeck As In Wreck, gives insight into what it is like to own an entire baseball franchise as well as be a successful owner of a Series winning team.

Bill Veeck is also known to have contributed a lot to the world of baseball. Names on jerseys and the "exploding scoreboard" are just some of the many innovations that Veeck brought to the sport. For anybody wondering what it takes to own a baseball franchise, Bill Veeck's autobiography is a must read.