Center field in baseball is one of three areas within the outfield, located directly behind second base and in between the left and right field areas of the field. The area is occupied by the defending team’s center fielder, who is responsible for fielding any baseball that is within reach. 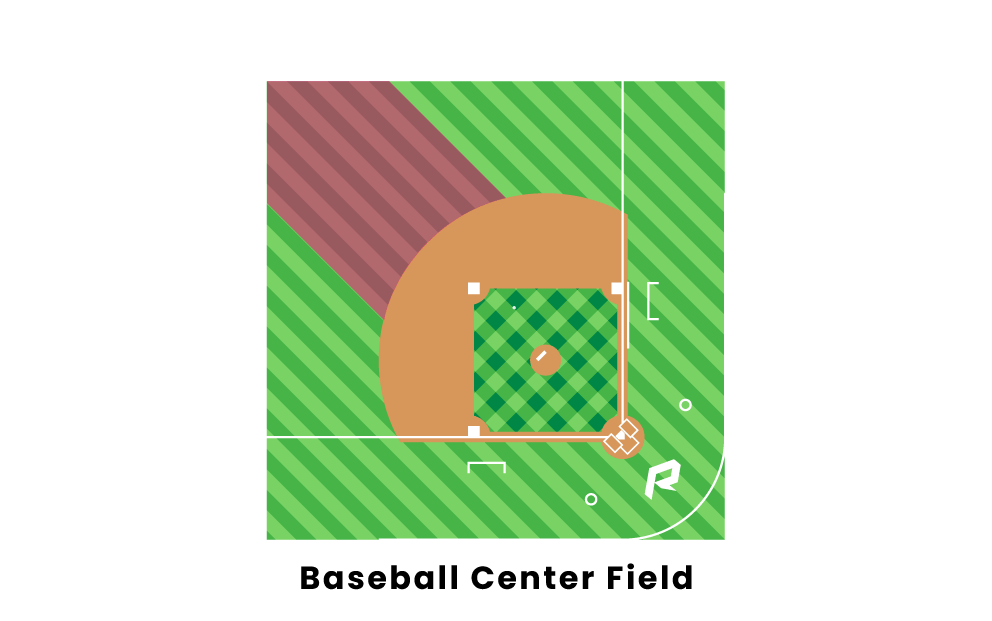 Center field is one of the most challenging areas to defend on the field. For starters, center field tends to be the deepest area of the ballpark, spanning all the way from the outfield grass behind second base to a wall nearly 400 feet from where the ball is hit (home plate). Thus, center fielders need to have exceptional speed and reactionary skills, allowing them to cover the ground required to catch deep, hard-hit baseballs. Any baseball that is hit in between left/right field and center is usually the center fielder’s ball to catch.

A strong arm is also a necessity, enabling players to quickly throw the ball to any given base and beat an opposing baserunner to the destination for an out. Any baseball that is hit in between left/right field and center is usually the center fielder’s ball to catch.

Playing center field also comes with additional responsibilities. Often labeled “the captain of the outfield” the center fielder is must communicate defense alignments and in-game situations (such as how many outs there are in an inning) to the other two outfielders.

Statisticians often utilize a number attached to each defense position in order to keep track of which players make an out on any given batted ball. The center field positions is referenced by the number eight (8), meaning if the center fielder catches a fly ball the event would be recorded as an FO (flyout) to 8.