What is an attempt in baseball?

An attempt in baseball is reference to a pickoff attempt or a stolen base attempt. A pickoff attempt is when the pitcher or catcher throws the ball to a baseman to try and throw out a runner trying to steal a base, but the runner touches the base in time. A stolen base attempt is when a runner tries to steal a base, but is tagged or thrown out before he safely reaches the base. 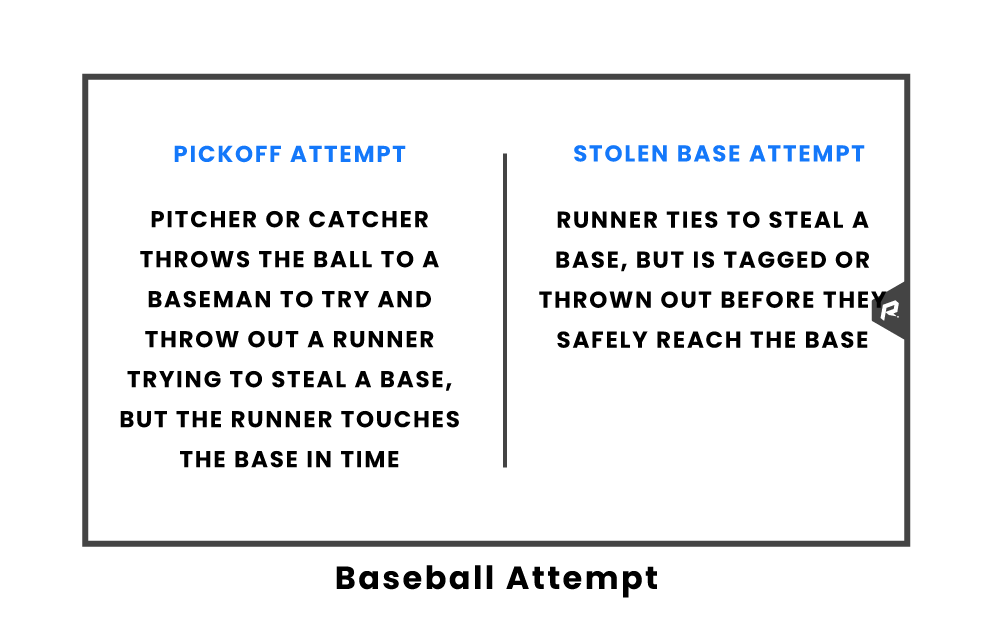 Top 10 Baseball RulesBaseball Box ScoresBaseball Defensive Stats
How Does Scoring Work In Baseball?Baseball ErrorsWhat Are The Rules Of Baseball?
PreviousNext