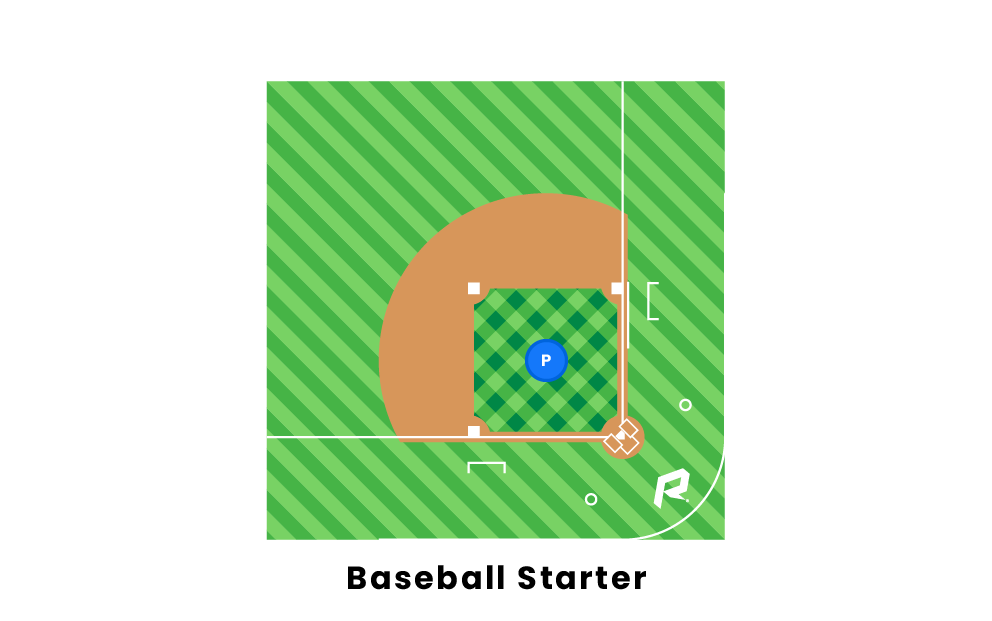 Starting pitchers, also known as starters, are the game's main pitchers who pitch starting from the first inning. They often pitch the majority of the game, typically about five to seven innings per game. Of all the pitcher types, starters have the most stamina (since they pitch for several innings) and are usually the most well-rounded, since they must face many batters and situations. 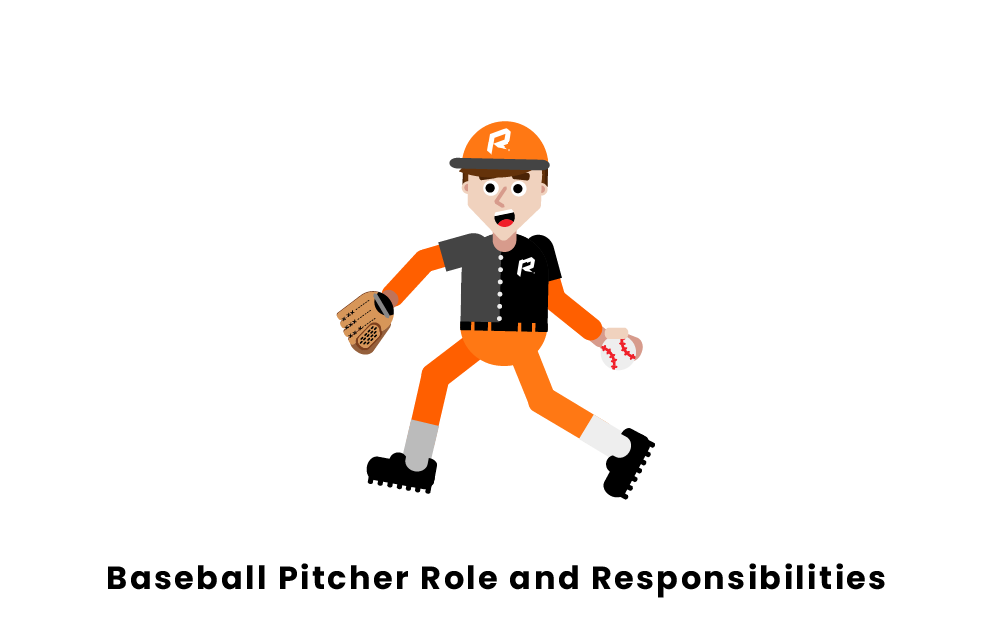 If a starting pitcher pitches the entire game without being substituted, he has achieved what is called a complete game. However, in modern baseball, complete games are becoming more and more uncommon.

Often, the manager will know or sense beforehand that the starting pitcher needs to be replaced, so he calls a reliever or two to warm up in the bullpen. The bullpen is slightly off the field and contains a pitcher's mound and a home plate so relievers can warm up and simulate real pitching situations, often while a pitching coach acts as the catcher. When the reliever is needed, he exits the bullpen and enters the game. 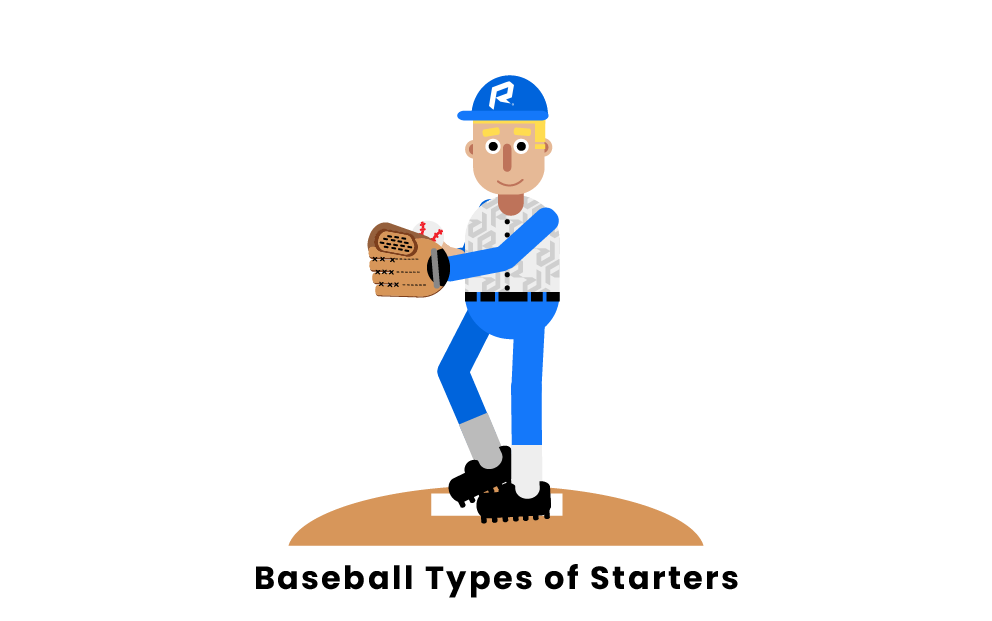 An ace is the best pitcher on the team. The ace is also usually called the number one starter. In the pitching rotation they are the first pitcher. An ace will usually win 15 to 20 games in the season. When it gets to the playoffs, you usually want the ace to start the first game. In a seven game series, like the world series, the ace usually will pitch game 1, game 4 and, if needed, game 7. In terms of skills, the ace will usually have a strong fastball (most throw 95 to 102 mph) and a great secondary pitch like a changeup, curveball, or slider. Examples of aces are Gerritt Cole, Jacob DeGrom, Max Scherzer, and Chris Sale.

A workhorse is a starting pitcher that might not be as talented as the ace but does their job well and works very hard. These will usually be middle of the rotation guys, usually the three and four spot, sometimes the number two depending on the team. Workhorses usually get around 10 to 15 wins during the regular season. During the playoffs the workhorse might pitch game three and game five or six of a series, depending on the situation.

Workhorses get their name because they usually pitch longer innings than other pitchers. Managers want workhorses to take up lots of innings and save their bullpen from having to pitch a lot. Examples of workhorse pitchers are Masahiro Tanaka, Zack Greinke, Corey Kluber, and Sonny Gray. 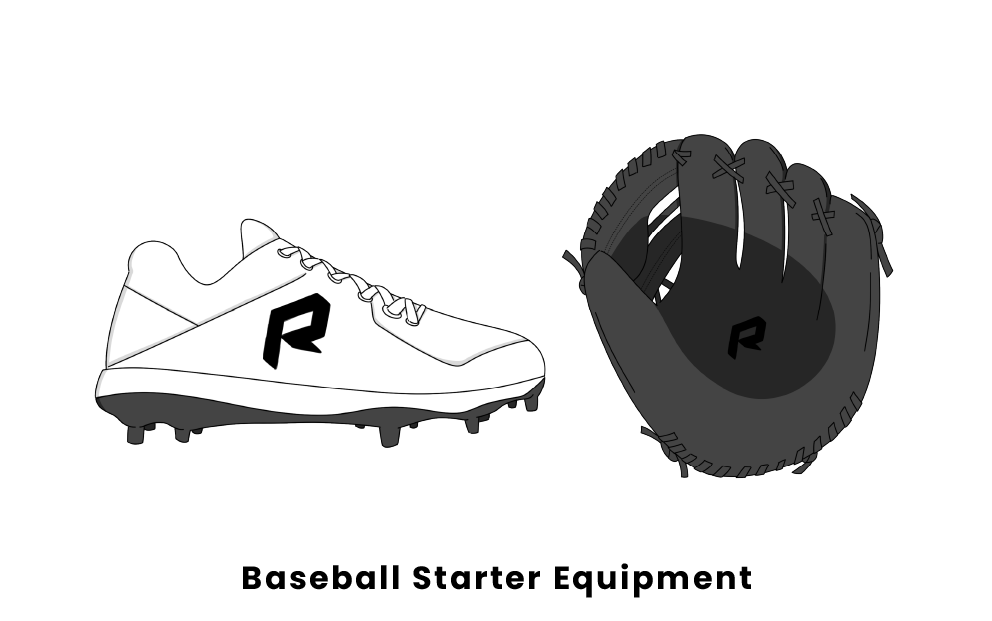 The only thing you really need to be a starter is a glove. However, there are a few extras you can get. 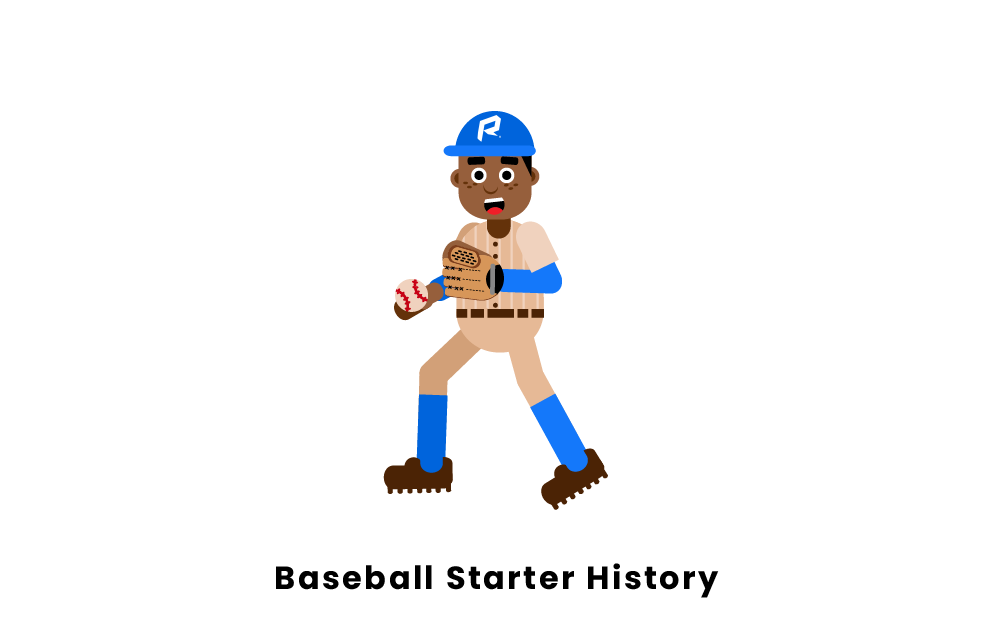 Pitcher’s have always been a crucial part of baseball. In the very beginning pitchers were called bowlers and their job wasn’t to throw the ball hard past the batter, they actually wanted the batter to hit the ball to the field. Quickly the bowlers realized they could optimize the game by throwing the ball harder and with different spin.

In the early years of pitching, starters would be the only pitchers. Sometimes teams would only have one starter. That one pitcher would pitch every game, for the entire game. As years went on, only special pitchers were capable of throwing that many innings. Other starting pitchers would only last for a little bit. Then, the rotation was born. Today, starters will only pitch 30 to 40 games and may only pitch all nine innings once all season. 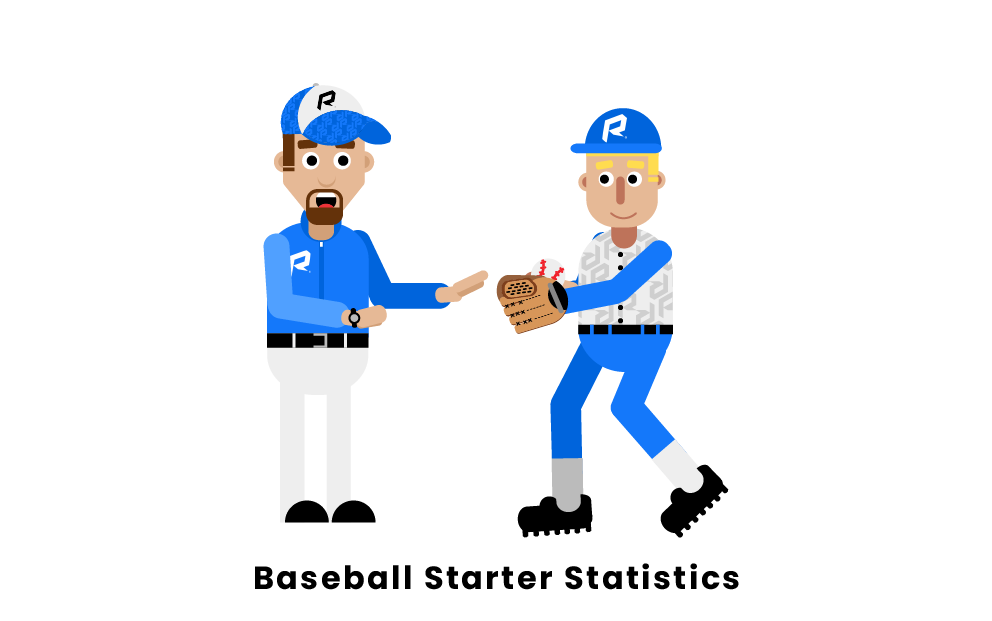 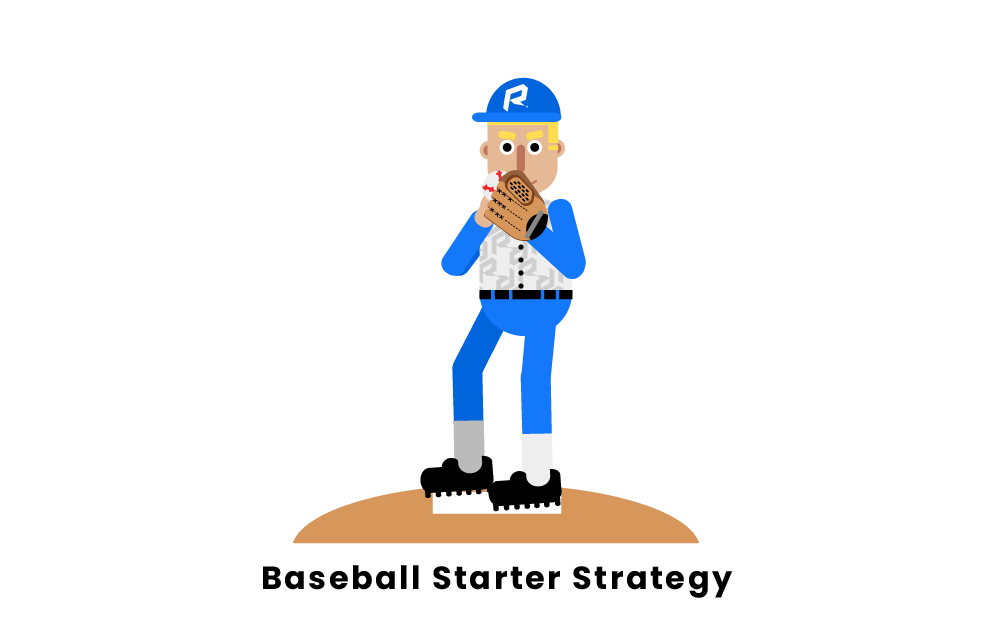 The basic strategy around starters is pretty simple: pitch as long as you can and give up the least amount of runs. Outside of that, it gets a little more complicated. One new strategy has been the opener.

This is a strategy where teams will start the game with a relief pitcher for one or two innings before then putting the starter into the game. This is based on analysis that shows that the more times that batters face pitchers the better they hit. If you wait until the best batters have hit once, they might only face the starter once. 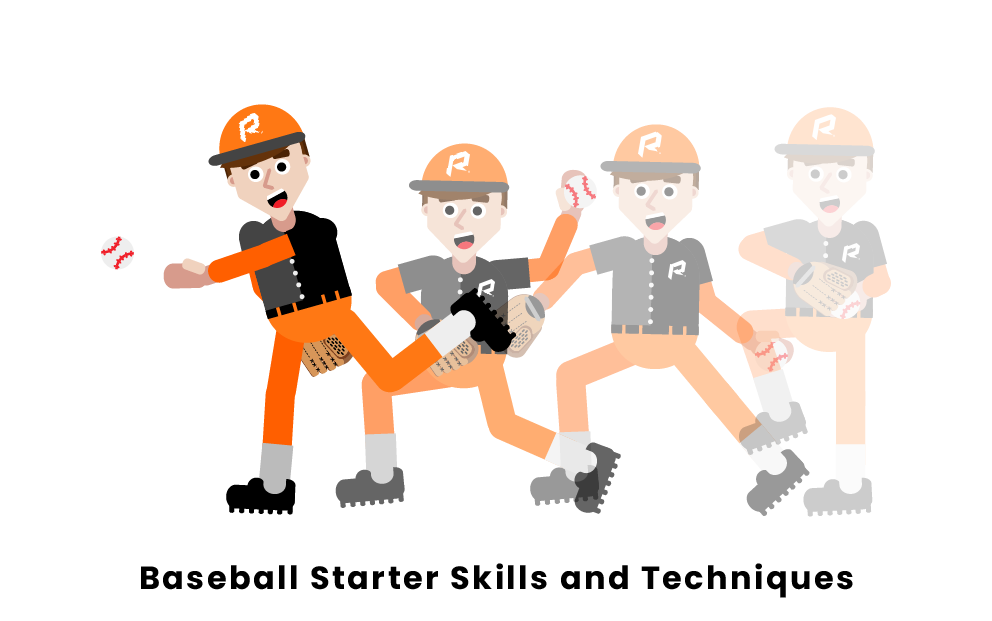 To be a pitcher the most important skill is the ability to pitch. You have to be able to first throw hard and secondly throw accurately. Throwing hard is the most important skill for a pitcher. When scouts are looking for a young pitcher the first thing they do is measure their fastball with a radar gun. For a high school pitcher anywhere above 85 is good. 90 and above is great and 95+ is almost guaranteed some scouting attention. After that, the ability to throw strikes is what a scout will look for. If you throw hard as a pitcher but can’t throw strikes you may get attention but you will not get any contracts and will not survive at the higher level.

The following lists some of the most famous starters of all time in baseball that were inducted into the Baseball Hall of Fame.

The following lists some of the top starters in Major League Baseball by team:

What is a starter in baseball?

A starter in baseball is the pitcher that starts the game and pitches the most innings. A starter is the most important player on the field. Starters have good arms and get outs.

What does a starter do in baseball?

A starter pitches the first innings of a baseball game, and goes as long as they can. A starter gets as many outs as they can, hoping to prevent runs until they can win the game.

What are the types of starters in baseball?

The types are starters in baseball are aces, workhorses, and offspeed pitchers. Starters are split into these categories based on their skills.