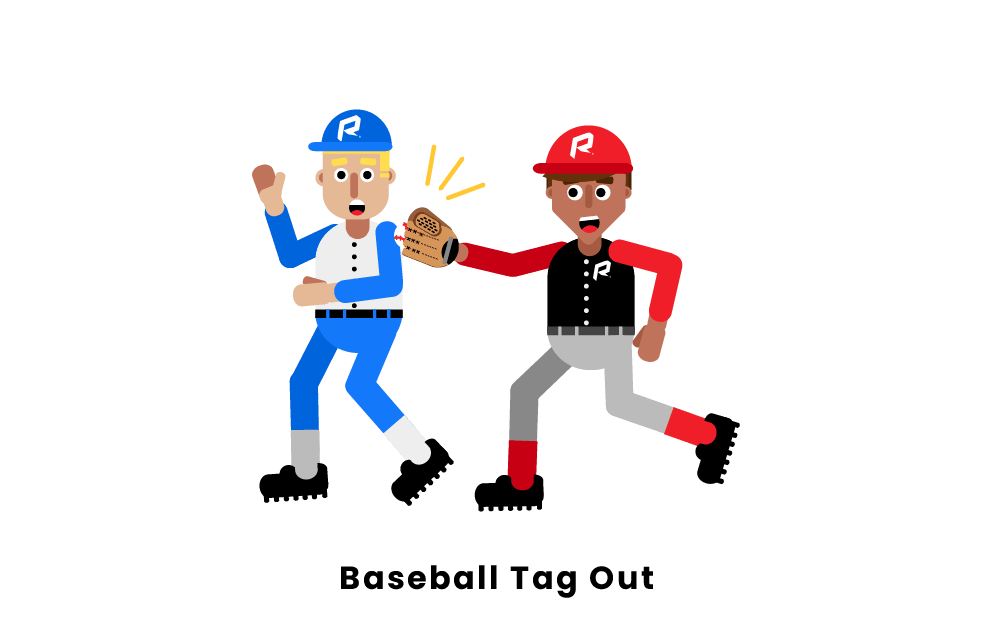 A tag out is when a fielder, while holding the ball in his hand or glove, touches a base runner who is not safe on a base. The result is an out, the base runner is removed from the field, and an out is recorded for the defense. If the base runner steps off the bag at any point, he is unsafe and can be tagged out. However, the runner being tagged is called safe if the fielder drops the ball while making the tag.

Instant replay is sometimes used by umpires to review a tag out to make sure the base runner wasn’t safe on base. Base runners will be called out if they try to avoid being tagged out by running outside of the base path or running lane, and on rare occasions, base runners have even been called out for trying to slap the ball out of a fielder’s glove while they attempt to make a tag. 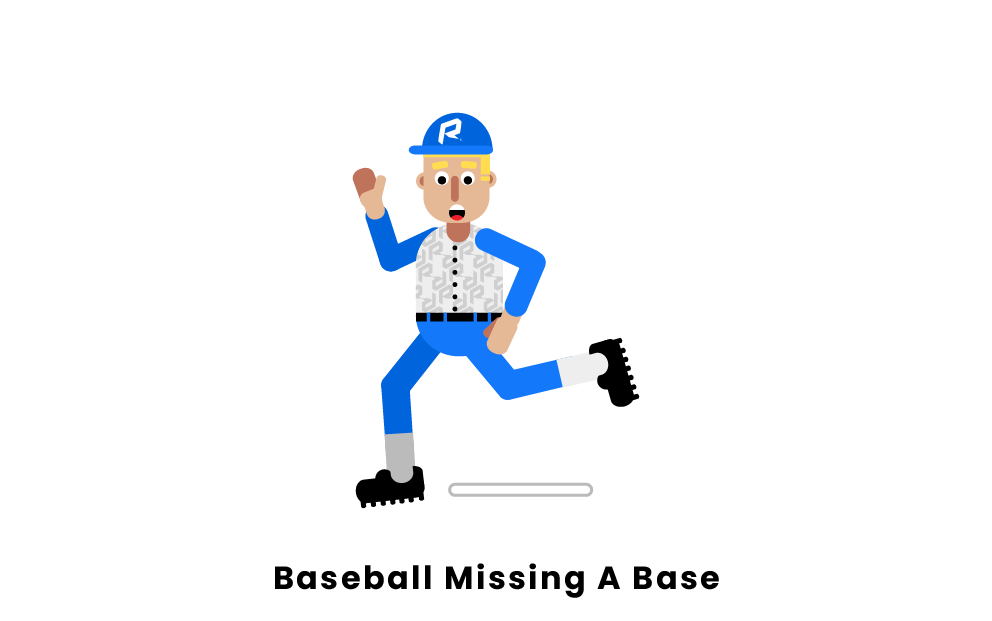 Contrary to second and third base, runners are allowed to run through, or overrun, first base. This means that the runner does not need to slow down when running to first base. They are allowed to tag the base and slow their momentum after touching it. The base runner must tag first base and stay within the running lane or in foul territory. If they run through first base but do not immediately slow their momentum and walk back towards first base, fielders will be permitted to tag them out.

What base can a player overrun and not be tagged out?

The only base that a runner can overrun without being tagged out is first base. This is done by design, as players trying to beat out ground balls would find it extremely difficult to stop in place on first base after running full speed. However, the runner must also make sure not to turn towards second and head immediately back to first. If they fail to overrun first base in this specific fashion, they are eligible to be tagged out.

Does the ball have to be in a player’s glove in order to tag a player out?

Can you tag a runner heading for first base?

If the ball is live, fielders can tag out a runner headed to first base. This is a semi-common occurrence in situations where a throw pulls the first baseman off the base. They will then catch the ball while off the base and make a swipe tag on the runner in order to tag them out.