To be called safe by an umpire, the base runner needs to touch the bag with a part of their body. Sometimes, running towards a base just won't cut it. Read on to learn about sliding, the rules of sliding, and the various types of slides in baseball. 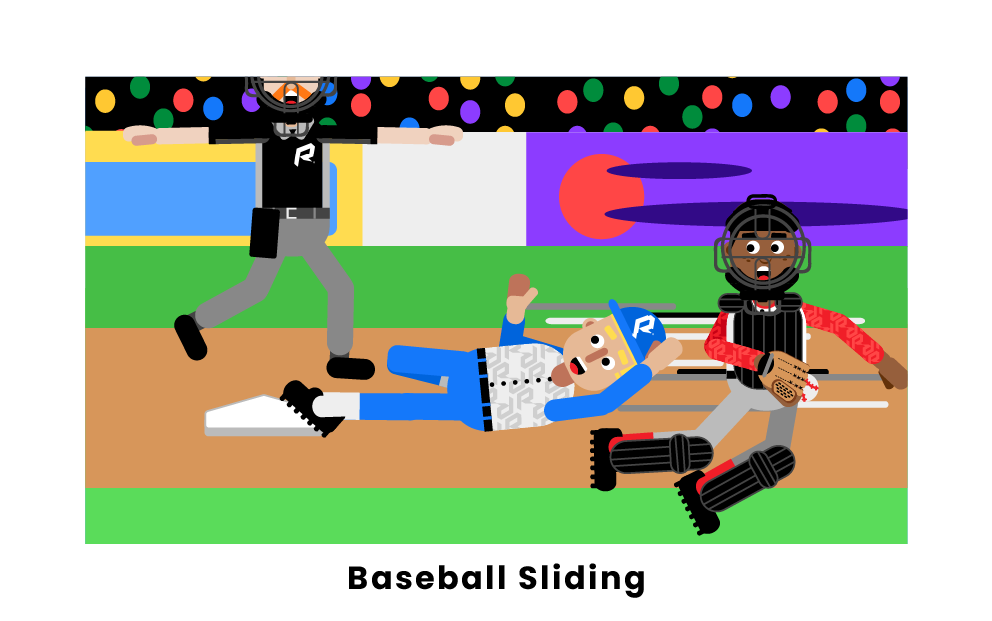 Sliding is a technique that base runners use to avoid being tagged out with the baseball. When a base runner approaches a base and a fielder near them has the baseball, the runner will drop to the ground and slide feet-first into the base using their momentum from running. Although sliding seems counterintuitive since it actually is slower than running, it is harder for fielders to tag a runner who is sliding. Base coaches are allowed to leave the coaches’ box when directing a player to slide.

Can you slide into first base? 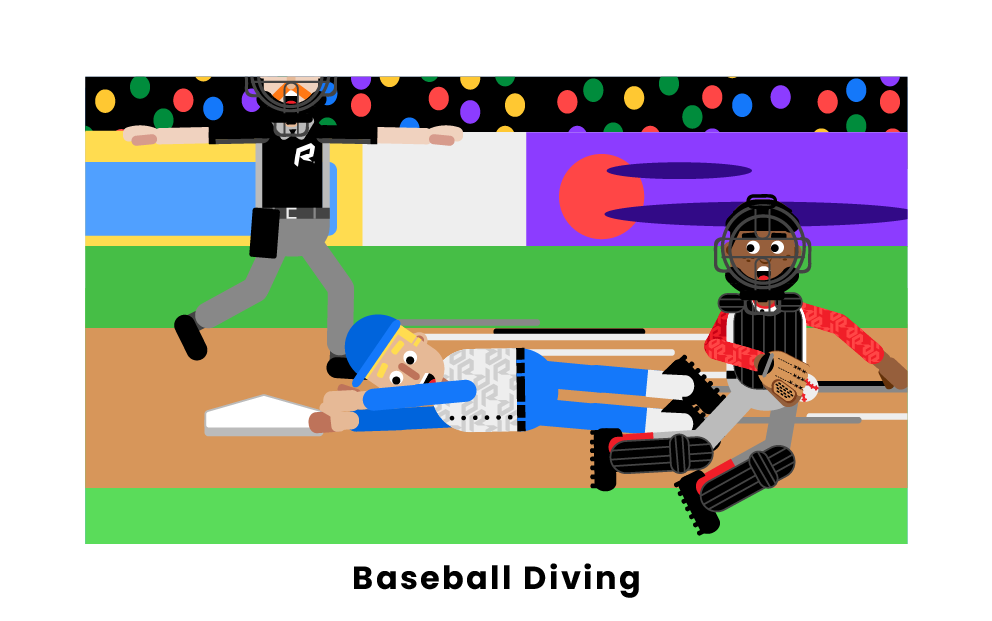 Diving is a form of sliding, except the runner drops on their stomach and goes toward the base head-first rather than feet-first. This means they will first touch the bag with their hand. For players, diving often is more dangerous than sliding.

Sometimes, a player will have too much momentum or begin their slide too late, therefore sliding too far or too fast past the base and not keeping contact with it. In this situation, it is more likely that the fielders will be able to tag them out. A batter-runner cannot be tagged out if they overrun or overslide on first base as long as they immediately return to the base after the slide. However, this is not the case if the player is a base runner. If the batter-runner chooses to run towards second base, they can be tagged out. Runners can get out from oversliding or overrunning at other bases from a force out or a tag out, based on if there was a force out on the play.