Baseball is a game played in a ballpark with two teams of 9 players each under the leadership of a manager. One or more umpires are charged with interpreting the rules dictating game play. The team with the greater number of runs at the end of the game is the winner.

Baseball is a game played between two teams. The teams are rather big each consisting of 40-man rosters. But, on game day the team size is shortened to a 25-man roster in Major League Baseball. The defensive positions on a team include a pitcher, catcher, three basemen (1st baseman, 2nd baseman, 3rd baseman), shortstop, and three outfielders (centerfielder, leftfielder, right fielder). These same players are also responsible for being batters when their team is on offense.

So how many players are on a baseball team? In Major League Baseball, each team has two types of rosters: a 25-man active roster and a 40-man expanded roster. 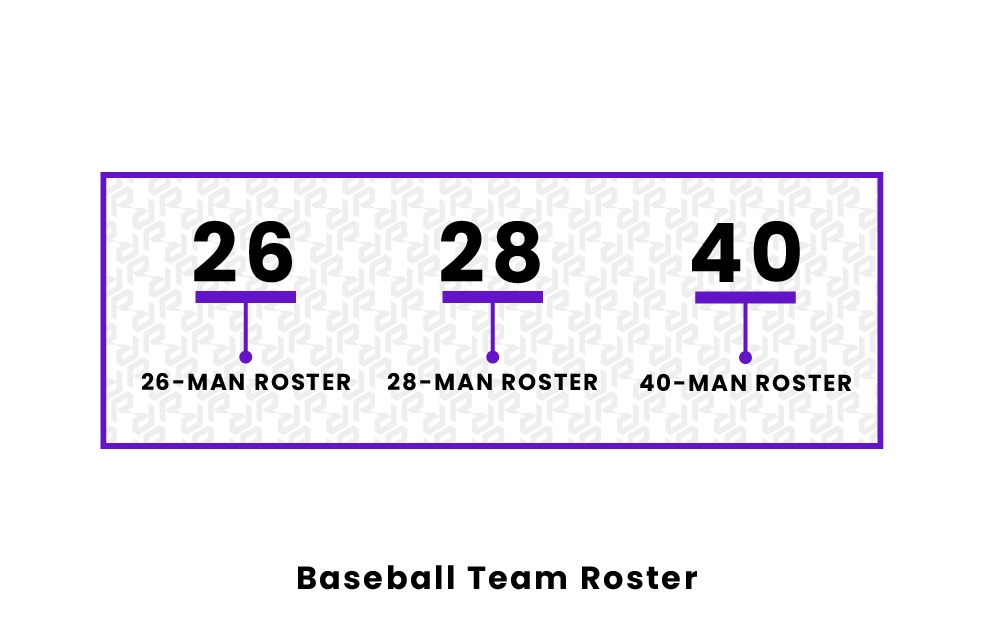 The 25-man active roster includes the players who are in the dugout, in uniform, ready to play at any moment during the game.

The 40-man expanded roster includes everyone on the 25-man roster, as well as all the players signed to a Major League contract with the team. These players can be called up to join the 25-man active roster, but are not available right away to play in the game.

There are two types of managers in baseball: the field manager and the general manager. 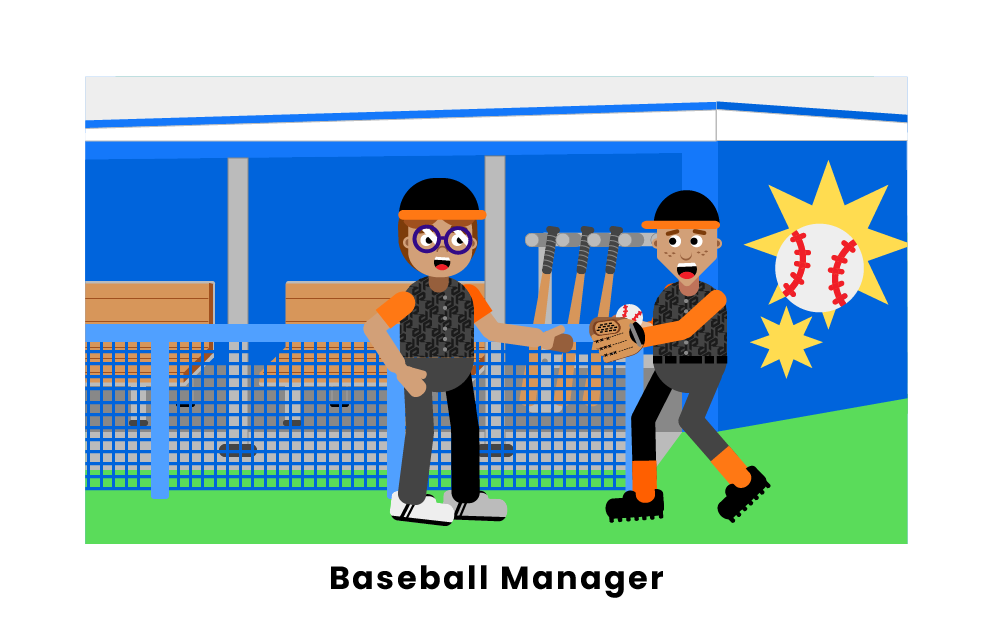 When people talk about the manager in baseball, they usually are referring to the field manager. He sits in the dugout and makes important strategic decisions about the game, including batting order/lineup, which player will fill each defensive position, pitching order/rotation, and in-game player substitutions. He is commonly referred to as the skipper.

The general manager works more on the administrative side. He oversees the building of the roster, including scouting/recruitment efforts, contract negotiation, and budget management. He is also in charge of employing and making changes to the coaching staff. The general manager is an extremely important component to the team, as his decisions affect the makeup and chemistry of the entire team. A team's long-term success relies on the prowess of its general manager.

Though not officially part of a team's roster of players, bat boys sit in the dugout and are an important part in helping the game run smoothly. After a batter gets on base, he drops his bat in the home plate area (since it'd be pretty hard to run the bases while holding a bat). It is then the bat boy's job to pick up the bat and put it back in its place in the dugout. Home plate umpires carry extra baseballs in a bag on their uniform; when their supply runs out, bat boys bring them fresh ones.

Each baseball player wears a number on his jersey that, among other players on the roster, is unique to only him. Sometimes, when a player is exceptionally great, usually in a combination of skill, personality, and historical impact, their number is retired by the team. This means that their number cannot be worn by any current or future player of the team, the number will always belong to them. It is a special way for teams to honor their brightest stars.