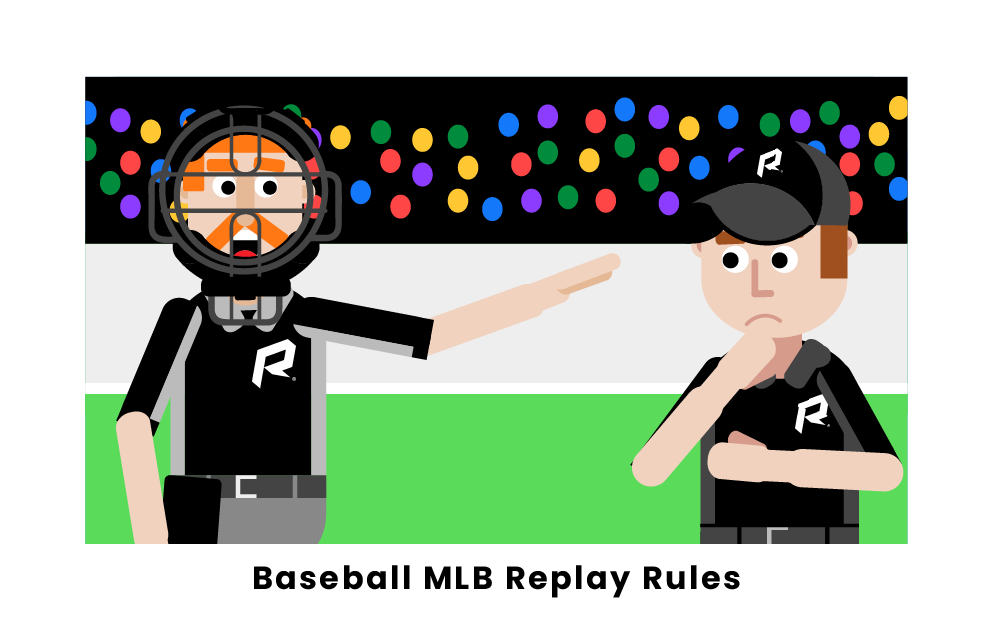 What is a Reviewable Call in Baseball?

Under the rules of instant replay in the MLB, a team manager can challenge as many reviewable calls as they wish during a single play, with this only counting as one challenge. Managers have 20 seconds to issue a challenge, and can challenge the following types of calls:

Major League Baseball (MLB) implemented the current instant replay review system in 2014. It was an expansion on a previous system that was implemented in 2008 and only applied to home run plays.

The original system of instant replay in the MLB was first created in 2008. The system was first used in September of that year to review a disputed home run hit by Alex Rodriguez of the New York Yankees in a game against the Tampa Bay Rays.  One year later, the first-ever overturning of a home run call via instant replay occurred on May 13, 2009. The supposed home run was hit by Adam LaRoche of the Pittsburgh Pirates, and called a home run by umpire Lance Barksdale, but upon instant replay, the call was changed to a double.

In 2014, after years of developing a newer, more extensive replay system, the MLB created a crew of umpires who would be stationed in New York and be in charge of deciding the outcomes of reviewed plays. The system also expanded to include other plays besides just disputed home runs, and gave managers the ability to request an instant replay challenge (prior to 2014, only umpire crew chiefs could officially request a replay review).  Under this new system, the first successful overturned call in the MLB was a challenge by Atlanta Braves manager Fredi Gonzalez, who disputed a call that Ryan Braun–a baserunner for the opposing Milwaukee Brewers–was safe at first base. The instant replay confirmed that Braun had been tagged out.

Starting in 2014, the instant replay review system was expanded to include plays besides just disputed home runs. Some of the plays that were newly eligible for instant replay review in 2014 included: force plays, tag plays, fair/foul ball calls (which applied to balls hit into the outfield ONLY), whether a baserunner skipped a base, whether a batter was hit by a pitch, whether a baserunner scored before or after the third out was made (also called time plays), fan interference, errors in the ball-strike count, and more.

Under the new system, team managers were allowed one challenge at the start of the game. If they challenged a call and it got overturned (meaning the replay officials decided that the original call was incorrect), managers would retain their challenge, meaning they would be able to make one more challenge, at their discretion, later in the game. If a manager challenged a call and it stood, they lost their challenging abilities for the rest of the game. The rules of the previous 2008 system were kept, meaning the umpire crew chief (most experienced umpire) could request a replay review of a home run play at any time during the game.

More changes were made to the instant replay review system in 2015. Previously, managers had to leave the dugout and approach the umpire to request an instant replay; starting in 2015, they could make the request from the dugout. Additionally, managers now retained their challenge after every overturned call. (Previously, they could only retain their challenge after the first overturned call.) Managers also were able to start postseason games and tie-breaker games with two challenges, instead of just one like in regular season games.

In an effort to speed up the game, MLB implemented time limits on various aspects of the sport, this included changes to the instant replay review system. Managers now had to request a replay within 30 seconds after the play. Previously, they had up until the start of the next play, and would sometimes try to stall the game between possibly-disputed plays to have more time to make a decision. Also, the replay crew in New York now had a two-minute time limit to reach a final conclusion. Another change was that the umpire crew chief could now, at his discretion, request a replay review of any eligible play, not just home run plays, starting in the eighth inning (the previous rule also allowed this, but starting in the seventh inning).

A further change to the rules of instant replay came at the start of the 2020 season. At the beginning of that season, the MLB reduced the time limit for team managers to issue a challenge from 30 seconds to 20 seconds. This was done yet again to improve the speed of gameplay, avoiding excessive and unnecessary lags between a disputed call and the next play.

Beginning with the 2022 season, the MLB made a further addition to the instant replay process by giving on-field umpires microphones with which to announce the results of replay reviews. Previously, the ultimate decisions of the replay booth had been made using hand signals. This addition mirrors the use of microphones in other professional sporting leagues, such as the NFL, where referees utilize microphones to announce when a challenged call has been accepted or overturned.

How many challenges does each team get in MLB?

In Major League Baseball each team gets one challenge per regular season game and two challenges per All-Star Game, playoff game, or Wild Card tiebreaker game. That being said, team’s retain their challenges if they use them successfully. Therefore, teams may end up being able to challenge more than the originally permitted one or two plays.

What happens if a team loses their challenge in MLB?

Can you challenge a pitch in baseball?

MLB managers are not allowed to challenge ball or strike calls at any point in a game, and umpires cannot call for a review of balls or strikes at their own discretion either. Other than asking the first or third base umpire if a batter swung or not, ball and strike calls are final in Major League Baseball.