The Basics of the Designated Hitter Position 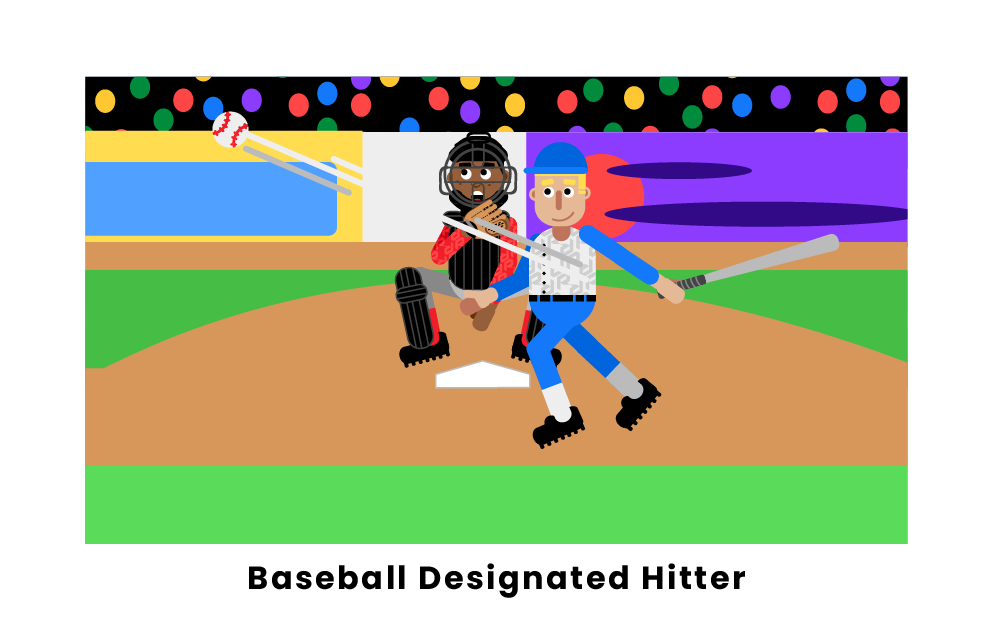 The designated hitter position is only used in the American League (or "AL") of the MLB and is not active within the National League (or "NL").

Many teams in the American League elect to have a designated hitter because the pitcher typically has poor batting averages compared to the rest of the team. This is mostly due to lack of practice as pitchers usually practice throwing rather than batting.

A designated hitter is usually a power-hitter with poor defensive skills, and the position often goes to older players who still get a chance to shine behind home plate.

A pinch-runner is somewhat related in that this player is there solely to run the bases of someone who has already batted. This player is typically used just for speed.

History Behind the Designated Hitter Rules

The first talk of creating a designated hitter position was back in 1906, but in 1928, the president of the National League immediately rejected the idea.

Ever since this meeting, fans and various owners alike have urged the MLB to make the designated hitter position universal. However, it is still only an active rule amongst the American League.