An infield fly is a shallow, fair fly ball that can be caught by an infielder with regular effort. Infield flies are not not line drives or bunts. Base runners can advance, but they must tag up if the ball is caught by a fielder. Infielders are not allowed to purposely drop the ball with the intent of getting a runner out on base. 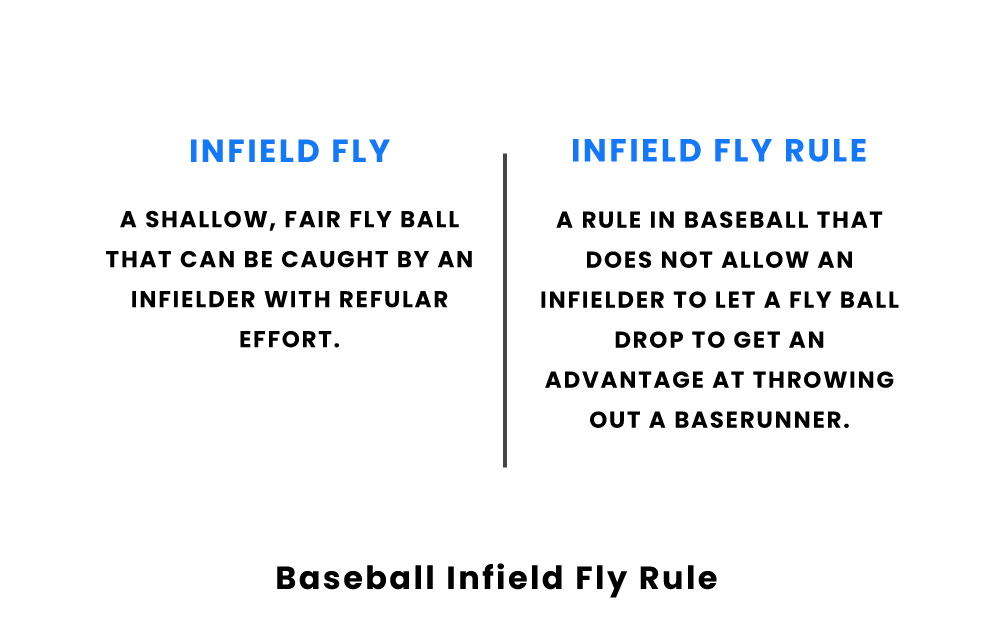 If the bases are loaded or there are runners on first base and second base, and there are less than two outs, an umpire might call "infield fly" or "Infield Fly, if fair" while the ball is still in the air. His decision to call infield fly is based on his judgment on whether the ball can be caught with reasonable effort. If an infield fly is called, the batter is out even if the ball is not caught. The infield fly rule serves to eliminate the advantage that the defensive team would otherwise have if the rule did not exist. If there was no infield fly rule, infielders could intentionally let the ball fall. This would force the batter to advance to first base, thus forcing the other runners on base to advance. Then, the fielders could simply pick the ball up and easily throw multiple runners out. With the infield fly rule, the previous scenario is prevented, and it is more equal for both teams

If an infield fly goes foul, it is treated the same as any other foul ball and normal foul ball rules apply. For example, if the infield fly is not touched by a fielder and bounces from fair territory, while not passing first base or third base, and into foul territory it is a foul ball.