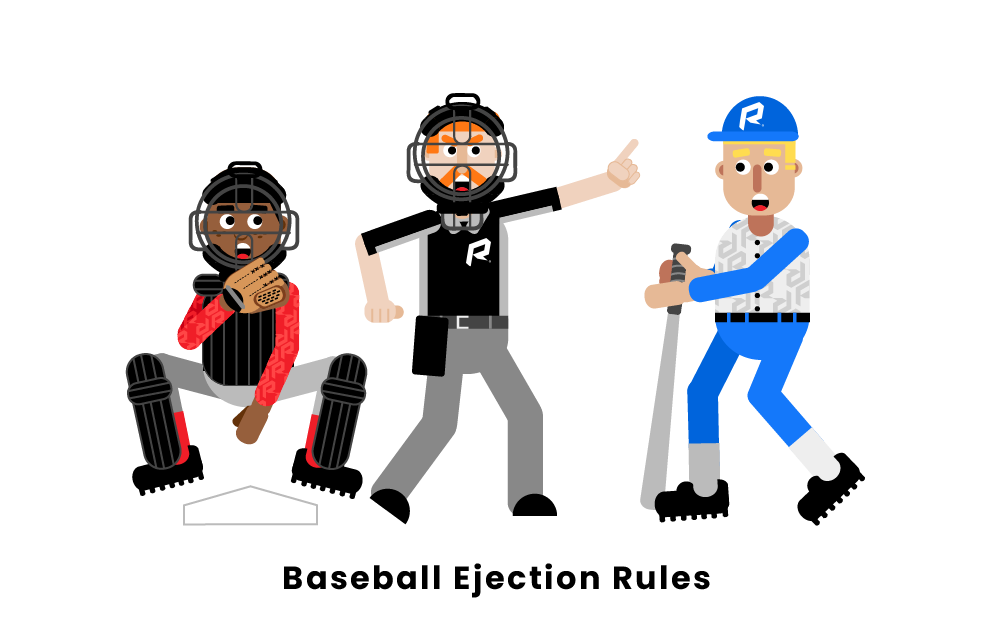 Baseball has a set of rules that all those on the field or in the dugout must follow at all times. If someone fails to follow these rules, an umpire will use their discretion to give a reasonable punishment. In the case of particularly bad offenses, it can result in an ejection.

When do players get ejected?

Under Rule Eight, umpires are given the power and are required to uphold every rule listed in the Official Baseball Rulebook. When the line has been crossed and someone has interfered with the umpire administering these rules, that is an automatic ejection.

Who can be ejected in baseball?

Rule Eight claims that umpires are not restricted to ruling on player, coach or manager. Section E further states that an umpire has the authorization from MLB to eject groundskeepers, ushers, photographers, media personnel who are not supposed to be on the field or are interfering with the game.

Ways to Get Ejected 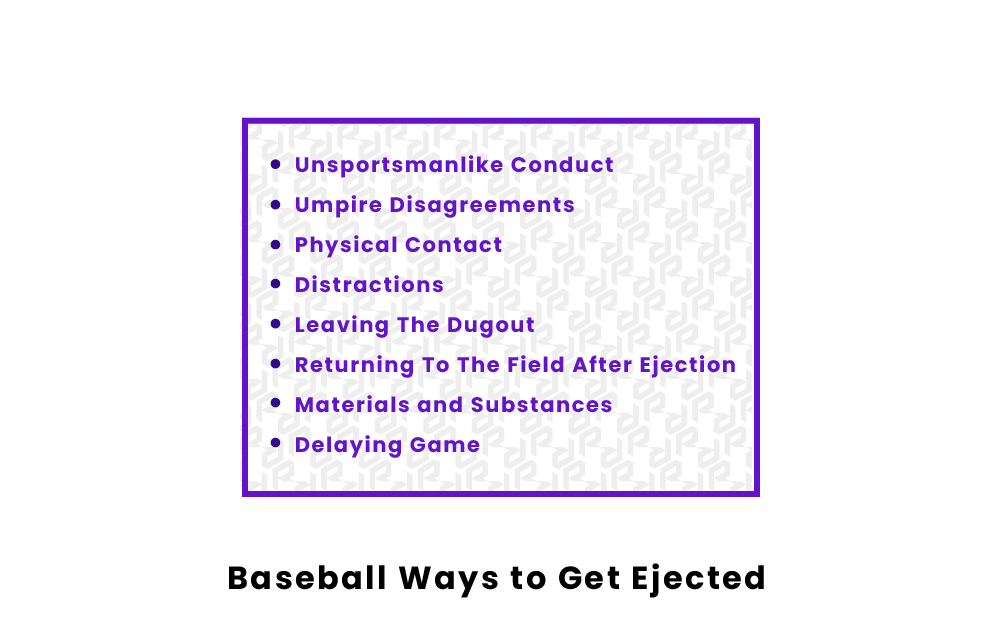 There are various ways a player, manager, coach, or even stadium staff like photographers can get themselves ejected from a baseball game.

There are ten ways to get ejected; four are based in Rule Six: improper play, illegal action, and misconduct. These rules clearly state that it is forbidden for any player, manager, coach, trainer or any other team staff, whether it be from the bench or on the field to do any of the following:

Partake in unsportsmanlike conduct or language i.e cursing. Encourage in any way any kind of demonstration from the fans. Negatively talk about the opposing team, the umpire or the umpire's ruling, or a fan. Call a timeout or say any sort of language while the play is still live that could distract the player's focus on the field.

Openly expressing displeasure with the umpire's ruling. If this happens, the umpire will first give a warning. If the behavior continues, the players partaking in the behavior will be ejected from the bench and directed to the team's clubhouse.

Position themselves in the batter's line of vision, or intentionally distract the batter in some way.

Leave their position from the base, bench, coaches box, field or anywhere within the stadium to come and argue with the umpire on their ruling on balls, strikes, or half swings vs. full swings. This behavior will result in a warning and if the individual continues to protest the call they will be ejected.

Returning To The Field After Ejection

Return to the field after ejection, if in an umpire's judgment, the manager knew the player was ejected and should not have returned.

A pitcher is unnecessarily delaying the game; a warning is given. If the pitcher continues the behavior, they will be ejected for continuing to delay the game.

What happens after ejections?

There are quite a few violations that will result in the umpire ejecting a player, coach or manager from the game. Once ejected, the player, coach, or manager has two options:

After being ejected the individual may be subjected to additional penalties such as suspension or fines. This will be determined by their respective League President.

What happens if a player/coach refuses to leave the field post ejection?

More often than not, after being ejected players and coaches ultimately leave the field. Still, there have been cases where players and coaches have been resistant to leaving the game. This will typically result in a fine and suspension. The most famous example of this is probably former manager Bobby Valentine, who snuck back into his dugout with the Mets sporting a fake mustache as a disguise after being ejected. Valentine was fined $5,000 and suspended two games for his antics.

Can a fan be ejected from a baseball game?

Yes, an umpire is allowed to eject any fan who enters the playing field or a restricted team area.

Can an ejection be overturned?

No. Once an umpire makes the decision to call an ejection it cannot be overturned, even if the ejection was not justified.

What is the signal for an ejection?

When an umpire makes an ejection, they point at the player, and make a throwing motion with two fingers towards the sky. This is meant to signify the player/coach being "thrown" out of the game.