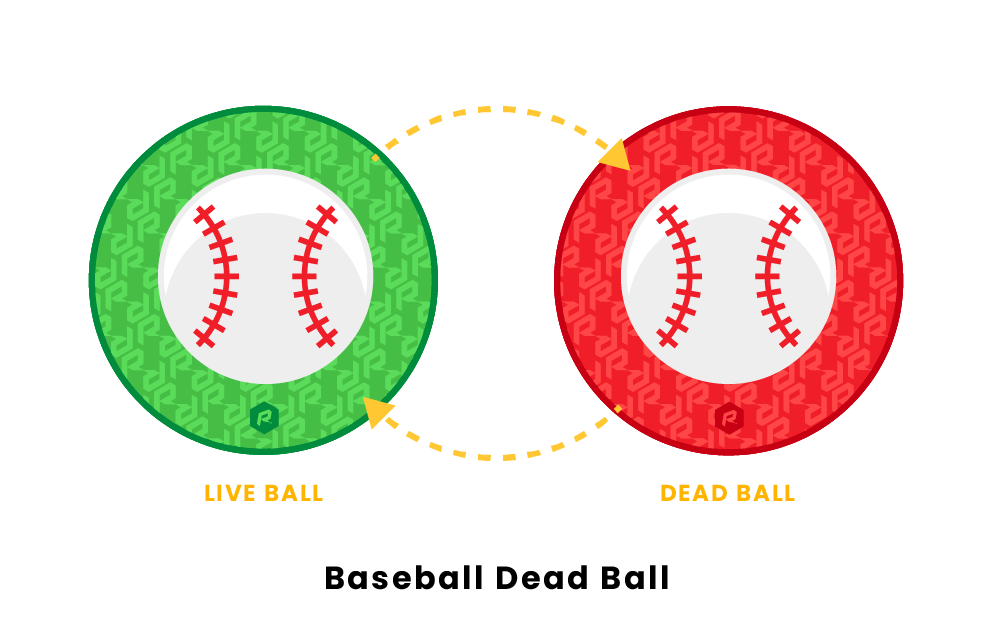 What is a Dead Ball?

A dead ball is when the baseball is no longer in play, meaning that no further action can be taken by the players. A ball is dead until the umpire resumes the play of the game. While the ball is dead, players cannot score any runs or advance to another base, with a few exceptions. These exceptions rely on the action of the ball and player before the dead ball occurred. Dead balls happen often throughout the time a baseball game is played, but do not last for very long before the ball is put back into play. Below is the signal that umpires will make when calling a cause of a dead ball, such as obstruction, interference, or a balk.

Dead balls can happen for several reasons, including a pitch hitting a player, interference or obstruction (both by player and umpire), balks, or the ball being hit out of play. Each time, the umpire must call a restart of play. 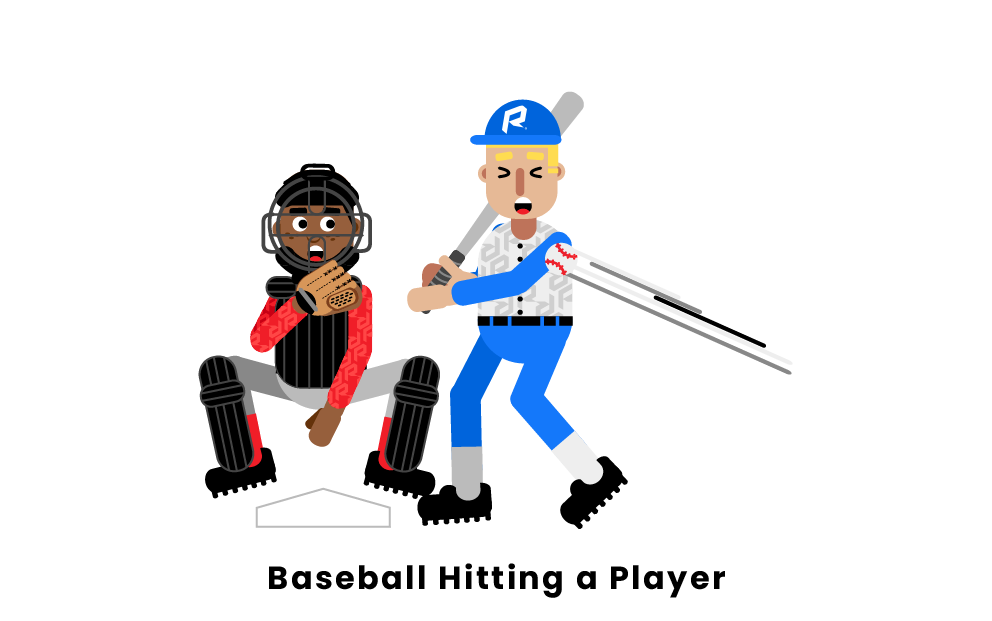 If a player or any of their clothing or attire is touched by a pitched ball, then the ball is dead. In this case, the player will advance to first base, and other players will advance, if forced by another player coming on base. If a ball has been batted into fair territory and hits an umpire or a runner before being picked up by a fielding player, the ball is dead and repitched. If the ball hits one of the two and is caught by a fielded player, the ball is still in play, but it does not count as a catch, and the batter must still run to first base. 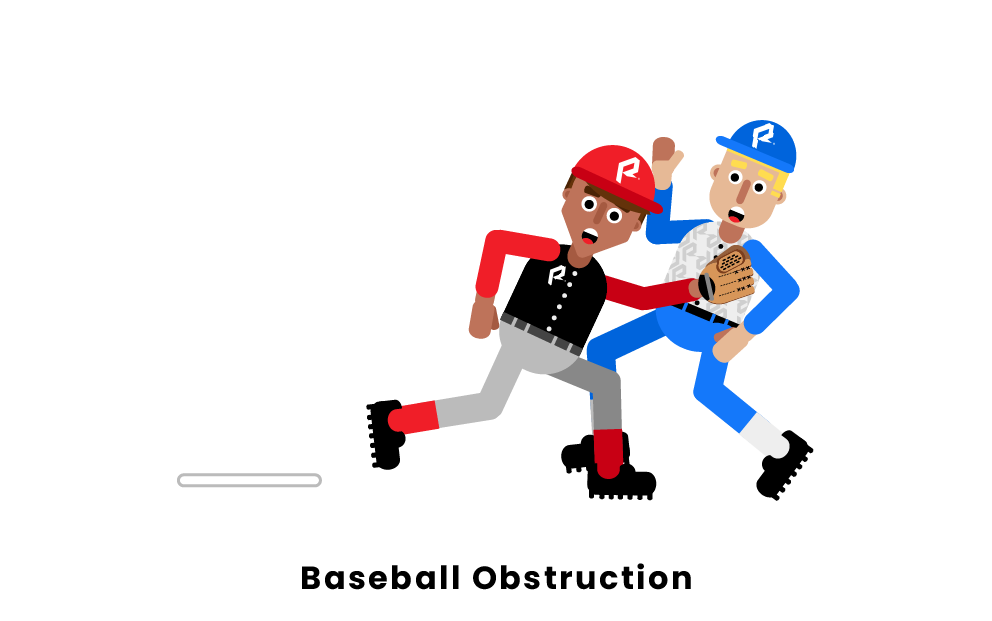 Obstruction, or the fielding team impeding on the actions of the batting/running team, can occur in many different ways. One example of an obstruction is if a fielder gets in the way or a runner approaching a base. If they prevent the direct path of the runner, the ball is dead and the runner is allowed to advance on to the next base. 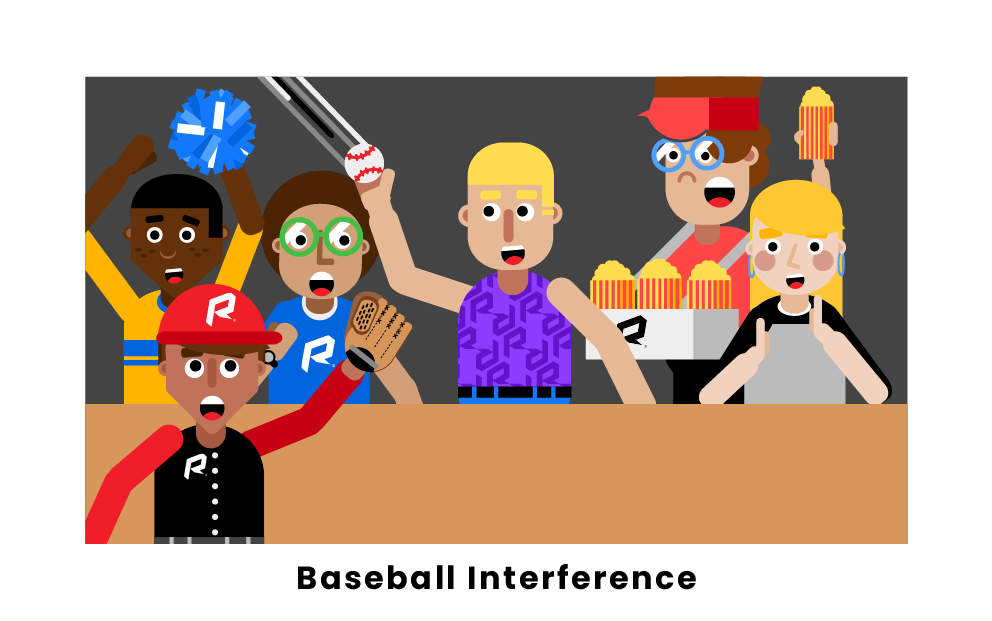 Interference occurs when the batting team interferes with the fielding team's abilities. If they prevent a fielder from catching a ball or throwing a ball, the ball is dead, and the runner who interferes is out. Interference can also come from a spectator who influenced the play of the game by either throwing something onto the field or altering the path of a ball when it is still in the range of a player. Also, if the umpire interferes with the catcher's ability to either throw the ball or tag someone approaching home plate, the ball is then considered dead and out of play.

Interference can also come from the walls along the field. If the ball becomes wedged in the padding around the outfield, then the ball is dead and the ground-double rule comes into play. This means that the player who batted the ball is allowed to advance to second base as if they had hit a double on the ground inside the field.

A balk is an illegal action when a pitcher tries to trick a batter or runner by faking a pitch. If they do not actually throw the ball, the ball is dead until the umpire restarts the play. If a pitcher commits a balk and the umpire calls it, then all players on bases advance ahead one base. A balk can be called even from the pitcher making a sudden unexpected movement or accidentally dropping the ball. Any unexpected movements are seen by the umpire as intentional and possibly deceptive, so it is easy for a balk to be called. Because of this, pitchers must be very intentional in their movements. 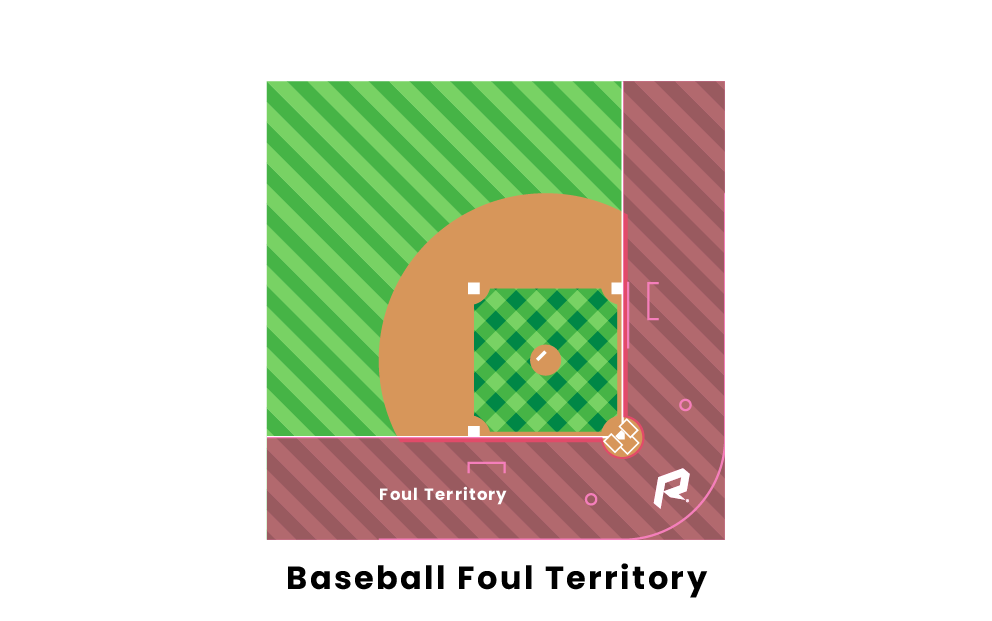 A ball is considered out of play if it is hit out of the boundaries of the field. For example, a foul ball, when the ball lands, it is considered dead and out of play. If a player catches a foul ball, however, it still counts as in play, as long as no other player, umpire, or spectator came in contact with the ball before it was caught.