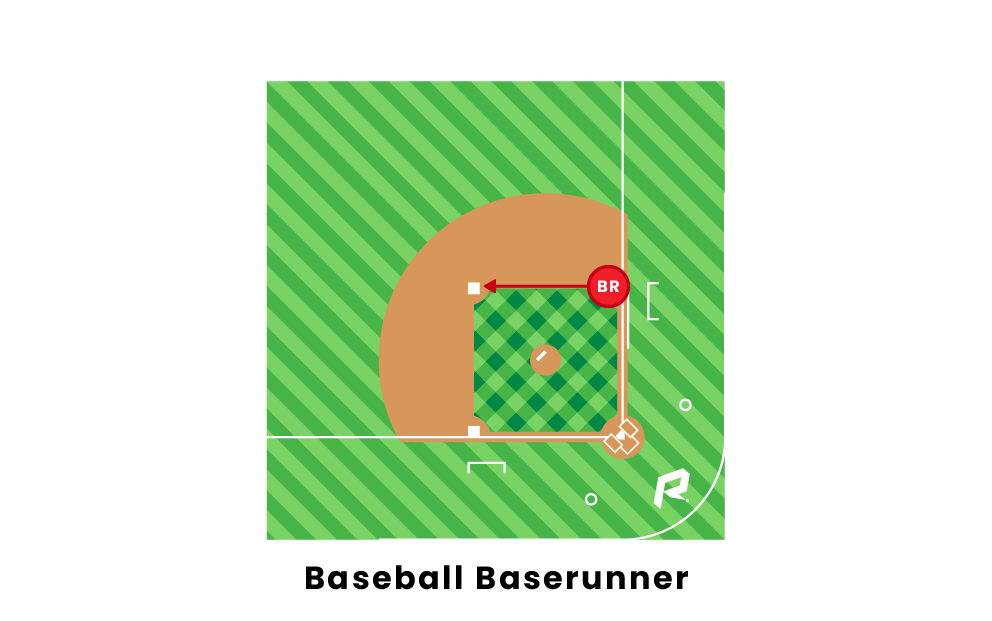 Baserunners must follow specific rules when running the bases. They must run counterclockwise, from first base to second base to third base and finally to home plate. Base running is the act of running the bases in order.

The Circuit of Bases 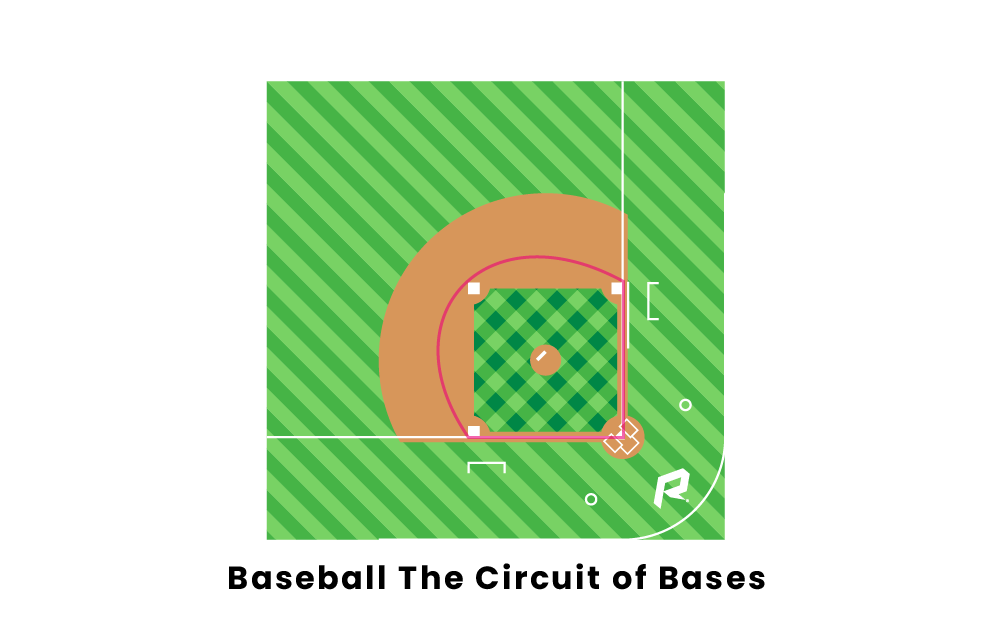 As they are advancing bases, they must touch each base in that order; they cannot skip a base or run past a base without touching it. Additionally, there can only be one base runner occupying each base. Runners are forced to advance to the next base if a runner behind them is trying to advance to their current base. On a home run, if the runner doesn't complete the circuit of bases after hitting a home run, and instead chooses to go to the dugout, he can be called out and the home run is discounted. According to the official rules, teams can not appeal this play either. 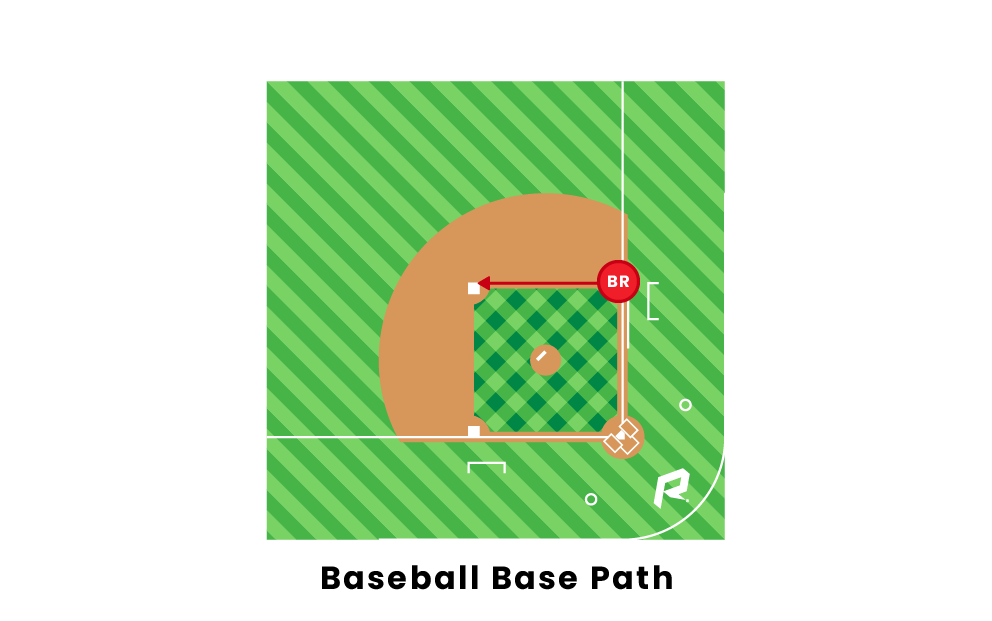 A base path is created on the field when a fielder is trying to tag a runner out. You cannot actually see the base paths on the field. Baserunners may not stray too far from the base path when running; for example, a runner cannot run into the outfield on his way from first to second base. He must stay a certain distance within the base path. 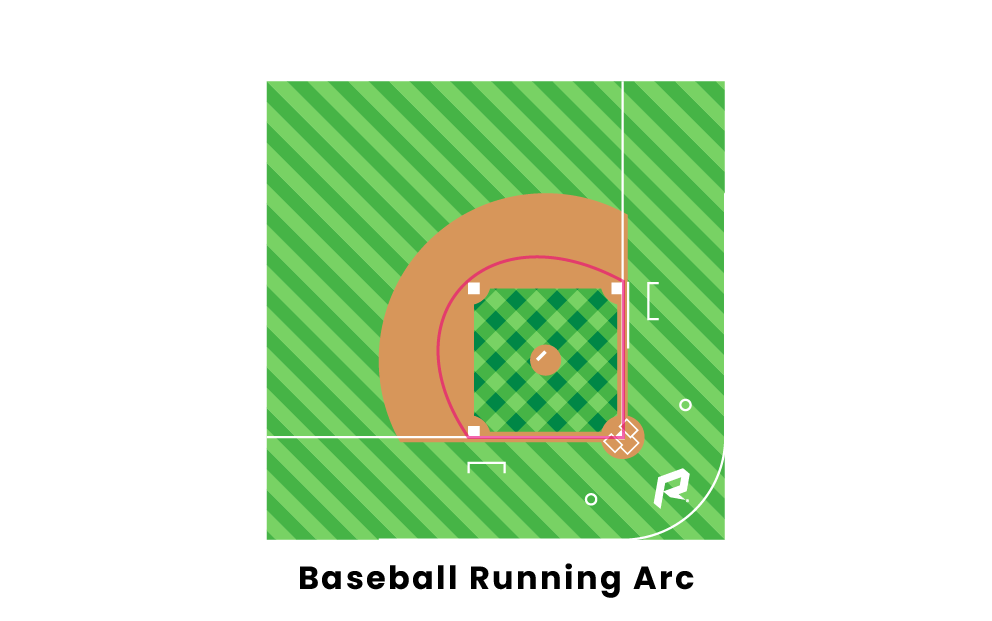 When running the base paths, the base runner will be ruled out if he runs outside of a natural running arc in relation to the base path.

The running lane is a three-foot (3ft) wide lane that begins halfway between home plate and first base, and ends at first base. When a batter-runner is advancing to first base, he must run within that lane, or else he may be called out on interference. However, he may step out of the lane when he is within vicinity of the base, if stepping out will allow him to reach the base. This rule is sometimes only enforced under the umpire's discretion. 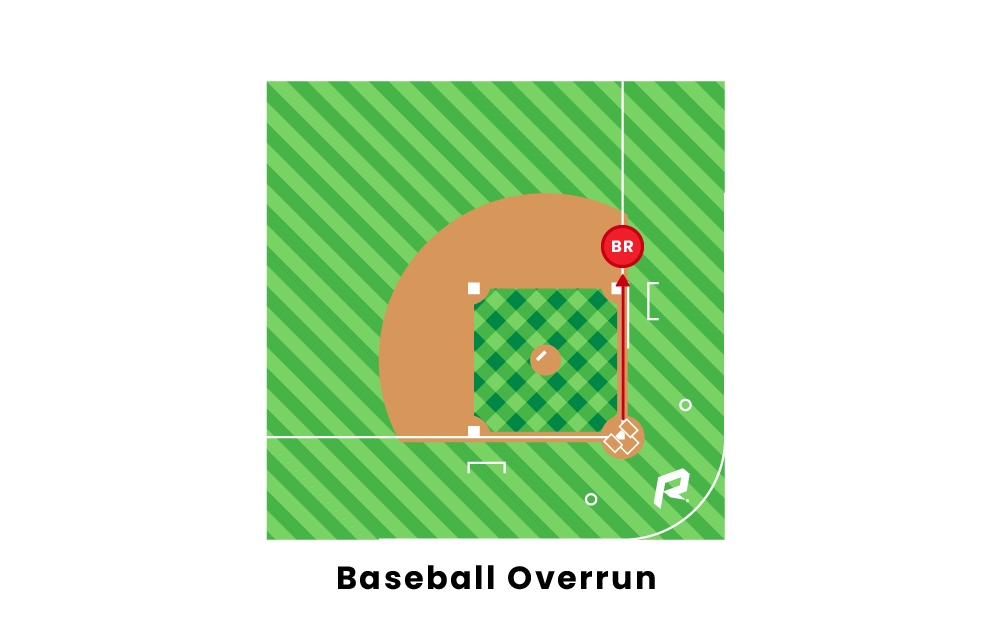 Runners are required to advance the bases in order of first base, second base, third base, and home plate. If the runner has to return to a previous base, he has to touch them in reverse order. If the ball is dead, the runner can return straight to his previously occupied base. However, runners are not allowed to occupy a base that he occupied before.

If a base runner steps off the bag, he is unsafe and can be tagged out by a fielder with the ball. However, runners cannot be tagged out if they are allowed to advance one base from a balk or overthrow. The runner must be touching the base with either his hand or foot to be considered safe from getting out. Fielders will sometimes trick the base runner in thinking the ball is not nearby, when in reality it is. For example, the hidden ball trick is a classic example of how fielders can catch a base runner off guard and tagged out. 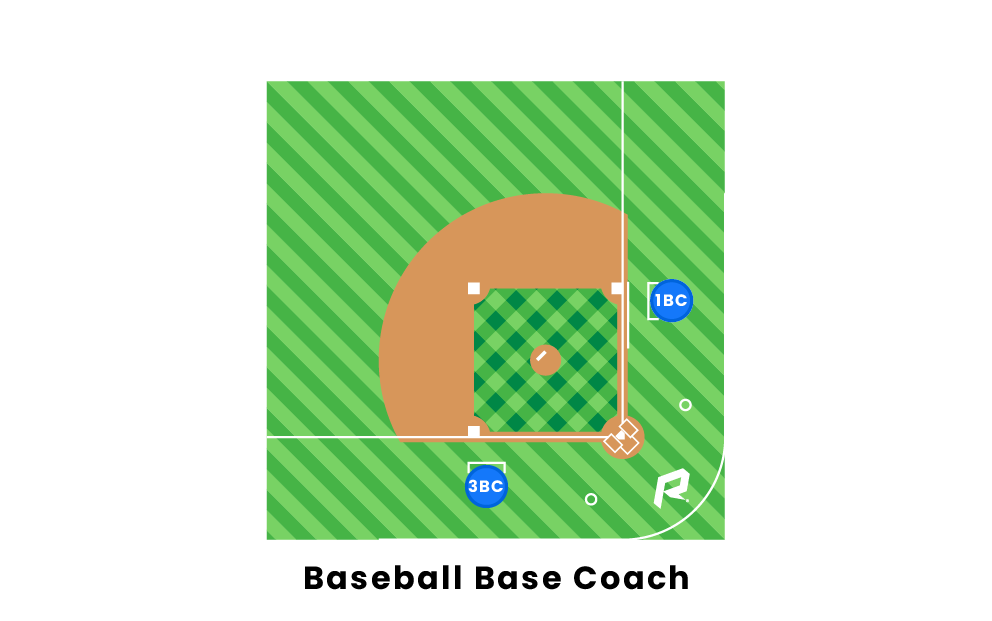 The offense gets two base coaches, one at first base and one at third base to advise base runners when to advance, steal, and tag up. Base coaches are in the coaches' box, and must remain in there at all times, unless they are exchanging equipment or directing players. Base coaches are dressed in full uniform and are required to wear a helmet for protection. Some umpires are more lenient on if base coaches stand outside of their boxes. 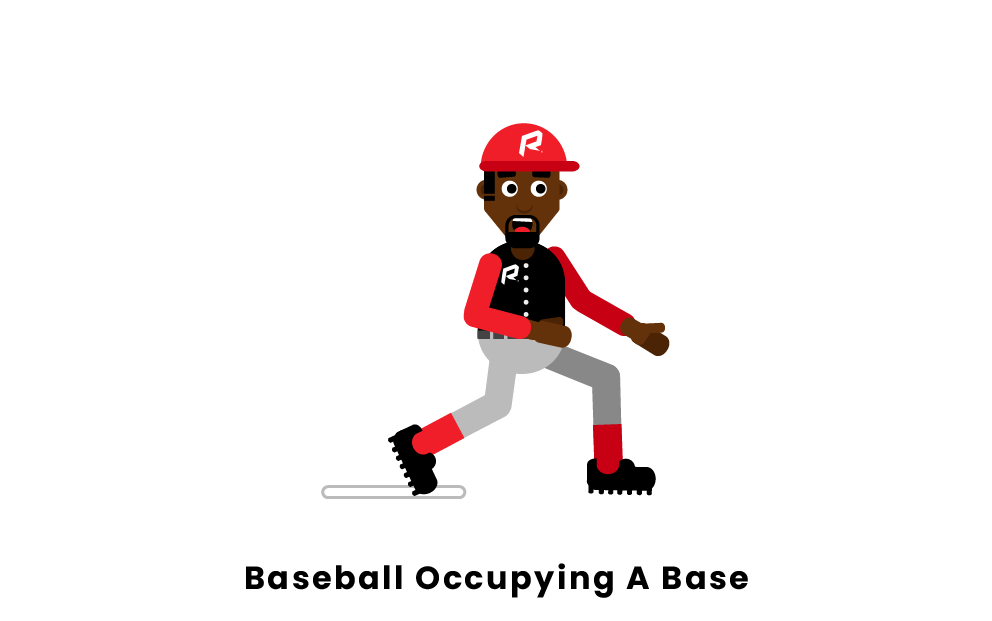 Only one base runner can occupy a given base. If two base runners are trying to occupy a base, one of them can get out from a tag out or force out depending on the play and what base it is. 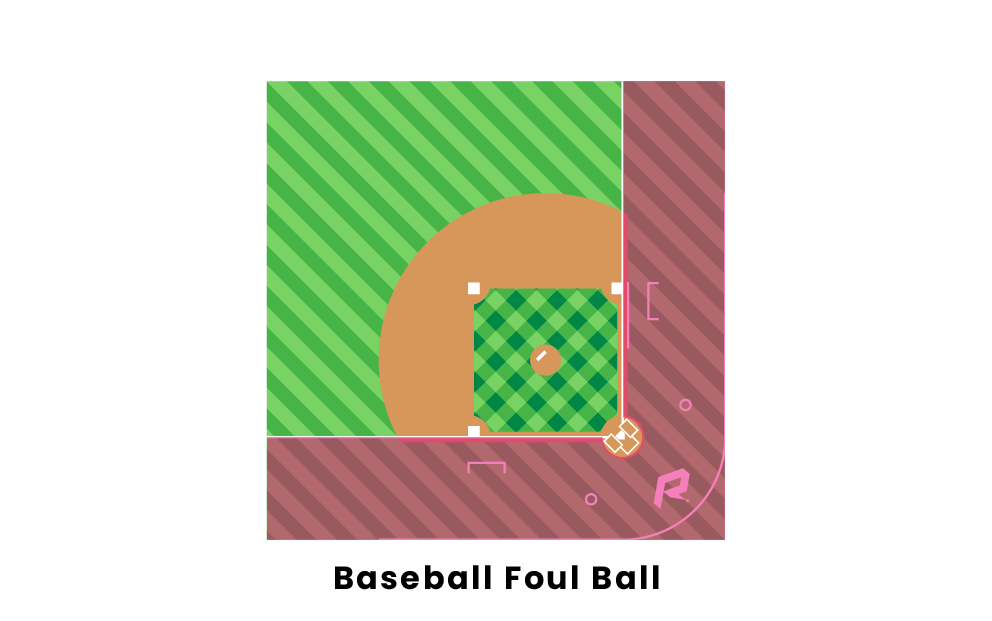 A foul ball is any ball that goes into foul territory. On a foul ball, base runners must return to their base. You can refer to our foul ball rules for more information.

Base runners are allowed to advance to the next base without the chance of getting out if a balk, base on balls, or interference play is called. Runners also get a base if a mistake is made. An example is when a fielder attempts to catch a fly ball in the out of play area like the dugout and falls to the ground.

The batter and the base runners are given three bases if a fielder touches a fair ball with his cap or part of his uniform or if the fielder throws his glove at a fair ball and it touches it.