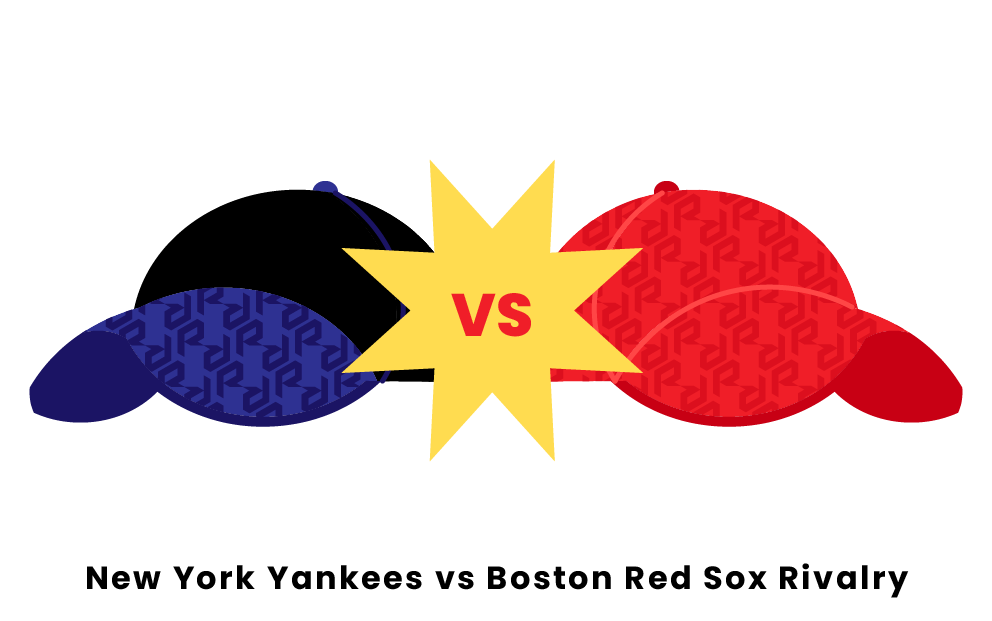 No baseball rivalry has ever been quite as magical as that of the New York Yankees and the Boston Red Sox. From the Curse of the Bambino to their many heated confrontations in the American League Championship Series, the teams have a long and contemptuous history with no shortage of dramatic and high-stakes encounters.

The Yankees-Red Sox rivalry is widely considered the most dramatic and storied in all of baseball, as well as one of the most famous in the sports world at large. For over a century, the excitement both in the crowd and on the playing field has been nothing short of electric whenever these two teams have faced off.

The earliest tension between the Yankees and the Red Sox can be traced back to when Babe Ruth was traded from Boston to New York in 1919, beginning the notorious (or celebrated) Curse of the Bambino. With Ruth’s arrival to the Yankees came an extraordinary reversal of fortunes which saw the Red Sox enter a decades-long losing spell and the beginning of the Yankee dynasty as we know it. In the 86 years that followed, the Red Sox would never win another World Series while the Yankees would go on to win 26.

As the Yankees flourished and the Red Sox floundered, relations between the teams and their respective fan bases grew especially antagonistic. They went through heated spells when both the Yankees and the Red Sox were at their strongest, competing bitterly for the American League Championship and the right to advance to the World Series. From Joe Dimaggio to Ted Williams, Derek Jeter to David Ortiz, both teams saw a number of remarkable stars face off against one another throughout the years. Notable highlights in their decades-long feud include the ALCS from the late 1970s and early 2000s.

Yankees at Red Sox on October 2, 1978: The AL East tiebreaker game in 1978 was the most high-stakes regular-season game between the Yankees and Red Sox in decades, with the Red Sox having their strongest team since the Curse of the Bambino began. Most memorable was Bucky Dent’s home run, which gave the Yankees the win and set them on course for their World Series triumph shortly after.

Yankees at Red Sox on October 11, 2003: The third game of the 2003 ALCS saw a tense first half with a few pitches by Pedro Martinez coming close to hitting a few Yankee hitters. It escalated into a bench-clearing altercation in the bottom of the 4th, in which 72-year old Don Zimmer charged Martinez, who then threw him to the ground.

Red Sox at Yankees on October 16, 2003: Aaron Boone’s home run in Game 7 of the ALCS was one for the ages. After 11 painstaking innings, Boone broke the deadlocked 5-5 score with a solo home run that would send the Yankees to the World Series.

Yankees at Red Sox on October 20, 2004: The seventh game of the ALCS marked the hard-fought end to the Curse of the Bambino. In a remarkable comeback after the Yankees had won the first three games of the series, the Red Sox finally defeated the Yankees by winning four games straight and went on to win their first World Series in 86 years.

Alex Rodriguez, Yankees third baseman from 2004-2016: Talented power-hitter Alex Rodriguez caught more than his fair share of fights in the Sox-Yankees rivalry. Notable incidents include his brawl with Red Sox umpire Jason Varitek and infamously slapping the ball out of Bronson Arroyo’s glove in the 2004 ALCS when he was about to be tagged out.

David Ortiz, Red Sox designated hitter from 2003-2016: David Ortiz was an indispensable clutch hitter for the Red Sox throughout their rivalry with New York. Perhaps his most shining moment was his two-run walk-off home run in Game 4 of the 2004 ALCS, keeping the Red Sox alive against the Yankees before completing the four-win comeback the next day.

Babe Ruth, Red Sox pitcher from 1914-1919 and Yankees pitcher from 1920-1934: An all-time great, Ruth broke countless records and led the Yankees to four World Series wins after he was traded from the Red Sox to the Yankees in 1919. This key moment led to what is called the Curse of the Bambino, in which the Yankees flourished, and the Red Sox had a decades-long dry spell.

Johnny Damon, Red Sox outfielder from 2002-2005 and Yankees outfielder from 2006-2009: Johnny Damon was a controversial figure amongst Red Sox fans for his decision to leave the Sox for the Yankees in 2005. Damon was once beloved for his instrumental role in defeating the Yanks and winning the 2004 World Series, but joining the Yankees was a shocking betrayal to many. He went on to win the World Series with the Yankees in 2009, making him one of the few players in history to win it all with both clubs.

Bucky Dent, Yankees shortstop from 1977-1982: Bucky Dent was a shortstop for the Yankees who played a key part in defeating the Red Sox. His most shining accomplishment was hitting a key home run in the 1978 American League East tiebreaker, winning the division for a Yankees team that went on to win the World Series.

Pedro Martinez, Red Sox pitcher from 1998-2004: One of the greatest Red Sox pitchers of all time, Pedro Martinez also found himself in plenty of heated moments with the Yankees. Notably, he was involved in an altercation with Yankees coach Don Zimmer in which he threw the 72-year old to the ground.

Why are the Yankees and the Red Sox rivals?

The Yankees and Red Sox are among the oldest and most elite teams of the American League, coming from neighboring cities that had a rivaled relationship before baseball even began. They have a long and highly competitive history of crossing paths, from trading star players like Babe Ruth to getting into dugout-clearing fights. Through the years, their encounters have been some of the most dramatic and high-stakes in all of sports, with the teams and fans alike clashing as they battled it out for titles.

When did the rivalry between the Yankees and the Red Sox start?

The Sox-Yankees rivalry as we know it began when Babe Ruth was traded from Boston to New York in 1919, though it was not yet as intense as it would become. As the Yankees flourished and the previously successful Red Sox floundered in the eras that followed, relations between the teams and fans grew more antagonistic. The rivalry was especially heated in eras when both teams were at their best, notably in the late 1970s to the early 2000s.

What was the Curse of the Bambino?

The Curse of the Bambino refers to the infamous losing streak of the Red Sox after trading Babe Ruth to the Yankees in 1919. The two teams saw a remarkable reversal of fortunes after Ruth’s trade. The previously indomitable Red Sox not winning another World Series for 86 years and the Yankees entering their most successful era ever. The curse was finally broken in 2004 when the Red Sox beat the Yankees in the American League Championship Series and went on to win the World Series.