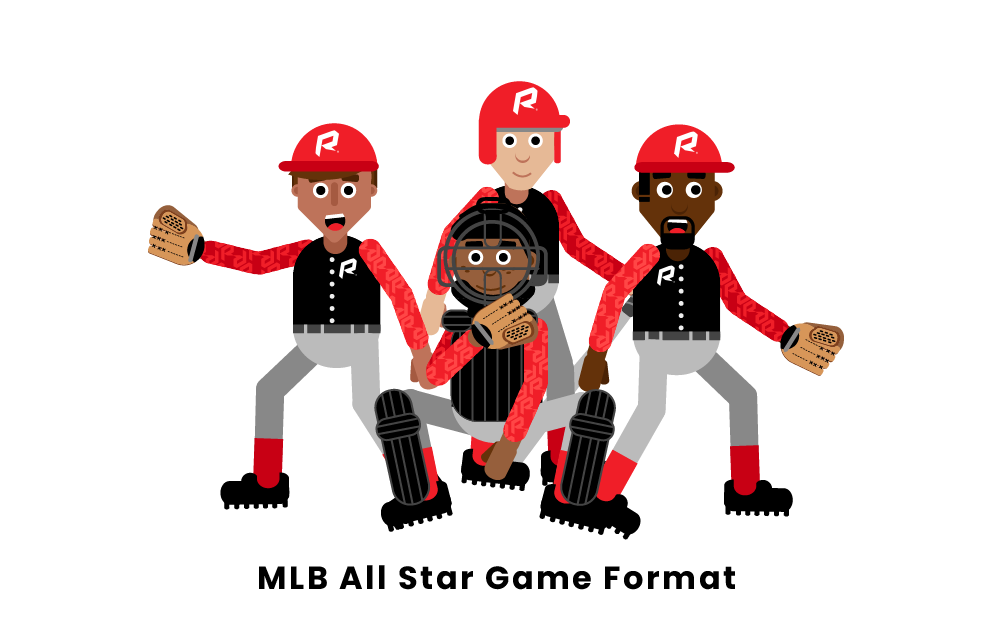 The MLB All Star game is a yearly game that features the best players in the MLB from that season. The annual "Summer Classic" is played between the National League and American League. The All Star Game is an exhibition, but strategies have been tested to add meaning to the game. Players are selected through fan votes, player votes, coaches' votes, and votes from the commissioner's office. There are multiple stages to voting and often deserving players do not make it into the game.

The most complex part of the MLB All Star Game is the voting process. In the past, voting for the players in the game was extremely simple. When attending a game in person, there were paper ballots you would be able to pick up. Then you would fill them out, return them, and your vote was casted. Recently, the voting process has gone completely online.

There are three different stages to voting. Initially fans vote for the players they think are deserving of being selected as All Stars, this can be any MLB position player. There are multiple ways to access the voting page. Fans are allowed to submit five ballots every 24 hours. National League and American League players are voted separately. 8 positions from the National League and 9 positions from the American League are voted on. This is because of the Designated Hitter (DH) in the American League.

Following the initial round, the starters' round begins. The top 3 players from each position in the first round move on to the next round; including infielders, catchers, designated hitters, and outfielders. All votes reset and fans vote again. The winning players are selected to the starting lineup of the All Star Game.

The two coaching staffs are from the teams that were in the world series the previous year. The managers are responsible for selecting the starting pitchers for their respective teams.

The game itself follows a normal MLB game format. 9 innings are played between two teams. The National League takes on the American League. Coaches usually want to give the majority of players, especially the younger ones, an opportunity to play so substitutions are very frequent. Pitchers only last an inning or two and position players get a couple at bats if they're lucky.

Other All Star Events

Throughout the same weekend as the All Star Game, there are other events to encourage attendance as will as increase fan participation. A celebrity softball game, a High School All Star Game, and the MLB Home Run Derby are some of the events. The Home Run Derby is definitely a fan favorite; there is nothing like seeing the MLB's biggest sluggers hit as many home runs as they can.

What teams play in the MLB All Star Game?

The MLB All Star game is played between the American League and the National League. The two teams are composed of the best players from each individual league. The teams are voted on separately. In baseball history, this was the only time that stars from each league were able to play against each other, but in 1997 interleague play was permitted.

How are players selected for the MLB All Star Game?

Players are selected through fan votes, coach votes, player votes, and Commissioner Office votes. The starters are voted in by fans. A two round process first allows fans to vote for any position players they want. The second round takes the three highest vote getters from each position and allows the fans to vote on these players. The winners are elected starters. The reserves are selected through a combination of player and Commissioner Office selections. The manager is responsible for selecting the starting pitcher. One player must be selected from each MLB team.

What is the format of the actual MLB All Star Game?

The actual game is played similar to any other MLB game. The game is 9 innings long with 3 outs in each inning. However, the strategy changes quite a bit. There is little meaning to the game, so managers are not necessarily encouraged to make moves to get their team to win. More often, managers try to get as many stars into the game as possible.

In the past, the winner of the game gained home-field advantage for their league representative in the World Series. This rule was outlawed in 2016.

Are there any other events around the MLB All Star Game?

Yes, there are multiple events surrounding the MLB All Star Game. Some of these events include a Celebrity Softball Game, the High School All Star Game, a junior's home run derby, and the MLB Home Run Derby. The Home Run Derby is nearly as popular as the All Star game itself. In the mid-2010s the Home Run Derby lost a lot of viewers, so the MLB has been continuously changing the rules and format to increase the entertainment factor.

Is one player required to participate from every MLB team?

One player from every MLB team is required to be selected to the All Star game. It is the Commissioner's Office's responsibility to make sure that one player is selected from each team. Although a player from each team is required to be selected, that does not mean they need to participate. If the selected player gets injured or elects not to play, they do not need to be replaced by a teammate. Many people want the MLB to get rid of this rule. They think that the teams cannot be created equally if every team needs to be represented.