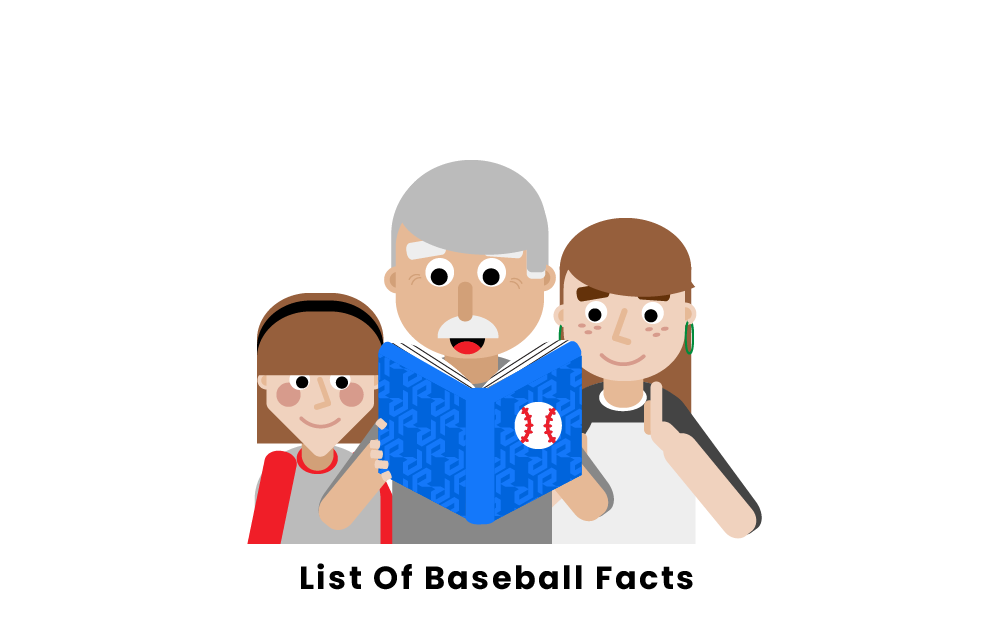 Baseball has a long history and has been around since the 1840s in the United States. In that time, baseball has accumulated numerous leagues, teams, players, coaches, owners, and more. Baseball is a sport heavily based on statistics and history. Because of that, people care a lot about numbers, records, and facts. Baseball is full of interesting facts throughout its long history as "America's Pastime."

Baseball is based on two British sports, rounders and cricket. Baseball started in the United States, based on cricket and rounders, which were both brought to the U.S. by the British when they colonized the country. In fact, the first recorded cricket match in North America took place in 1751 featuring a team from New York. Based on that, the sport of baseball evolved and was created.

Alexander Cartwright wrote the first set of baseball rules. In 1845, Alexander Cartwright of the New York Knickerbocker Baseball Club wrote out the first version of rules for the new sport of baseball. These rules helped to make the game more consistent, faster, safer, and more different than cricket. This helped to turn baseball into what it is today.

The First World Series games were played in 1903. After the American and National Leagues were founded, the two champions of each played each other for the first time in 1903. The game featured the Boston Americans and Pittsburgh Pirates, with Americans beating the Pirates five games to three. Since then, the World Series is one of the longest traditions in sports with the winners of the NL and AL playing each other for the ultimate championship.

The World Series almost ended the same year it started. Since 1903, Major League Baseball has been playing the World Series every single year, with the exception of only two years. Just one year after the first World Series, in 1904 John T. Brush believed that his National League team, the Giants, was too superior to the American League Boston Americans and refused to play. In 1905, when the Giants won the National League again, Brush agreed to let the World Series be played, as long as some rule changes were made. One of his changes, the seven-game format, helped to create the World Series as it is today.

One team has been to, and won, the World Series more times than anyone else (by a lot. Some call them the most dominant team in sports history. Others just say they've been around a long time. Regardless, the numbers are impressive. The New York Yankees have been to the World Series forty times and have won the championship twenty seven times. The next best team, the Cardinals, have ten world series wins.

One player has more World Series than almost any other team. Yogi Berra, the legendary Yankees catcher, played 18 seasons with the team. In those 18 years, Berra collected an insane 10 World Series rings. That is the same amount of rings as the St. Louis Cardinals have in their whole history, and more than any other team has in their history. Berra went on to win 3 more rings as a coach, and was in the World Series an amazing 21 times if you count his coaching and managing.

Baseball helped to create numbers on sports jerseys. In 1929, the Cleveland Indians and New York Yankees both decided to try putting numbers on the backs of their players in order to help fans to tell them apart. The Yankees got rained out on opening day so the Indians get the credit as being the first sports team to use numbers. Initially, the number you had was your place in the batting order. Babe Ruth wore 3 and hit third. Lou Gherig wore 4 and hit fourth. Today, players have more variety in numbers and some teams include their names on their jerseys as well.

There was a Black baseball player before Jackie Robinson. Almost everyone in the United States is taught at some point that Jackie Robinson broke the color barrier in Baseball in the 1940s. However, someone else did the same much earlier than Jackie did. William Edward White filled into a game in 1879. This wasn't a big deal for many years, as most people didn't even know that he was Black. However, the former slave now gets the credit he deserves as the first Black baseball player. However, Moses Fleetwood Walker broke the color barrier in a more obvious way. Walker played one full season in 1884. His brother later joined him, becoming the third Black MLB player. The reason Jackie Robinson gets credit is that after Walker left baseball, a more official ban on players of color was placed, and no other Black players joined the MLB, until Jackie's historic barrier breaking moment.

President Taft created a baseball tradition, and gets credit for another one. In 1910, William Howard Taft did something no other US president had done to that point, he threw out the first pitch at a baseball game. From Taft all the way through President Obama, it has become a tradition for presidents and other positions of power to throw out a first pitch at some point in the baseball season. President Trump ended that tradition by not throwing out a first pitch during his presidency. President Taft is credited with another tradition, even though it's more of an urban legend. The story goes that Taft, who was a larger person, was struggling to stay in his tiny stadium seat so in the 7th inning he stood up to stretch. Because the president was standing, everyone else also stood. When Taft sat, everyone sat. Though it's not a true story, the legend is that the 7th inning stretch was born.

The unofficial song of baseball was written in 1908. In 1908, Jack Norowoth and Albert Von Tilzer created "Take Me Out To The Ballgame." Neither of the two men had ever actually been to a baseball game when they wrote the song, but it was an immediate hit. The song is used today at almost every MLB stadium during the seventh inning stretch and has become the unofficial anthem of baseball.

Even though it's called the World Series, a team from outside the U.S. has only won once. Baseball has grown in popularity across the world, and has quite a few international players. However, nearly every team that plays in the MLB is located in the United States. The only team currently outside of the U.S. are the Toronto Blue Jays. In 1993, the Jays won the World Series, defeating the Philadelphia Phillies, and making them the only team not from the U.S. to ever win the World Series.

International baseball has a history almost as long as baseball in the U.S. In 1874, baseball players from the U.S. traveled across the pond to England to play in a combination of baseball and cricket matches, in order to show off the new sport coming out of America. Baseball has been an international sport since. The first ever baseball World Championships were held in 1938. During the St. Louis 1904 Olympics, baseball existed as a demonstration sport, and in 1912 the sport was again played at the Olympics, in a more unofficial way. Barcelona 1992 was the first time baseball officially was played as an Olympic sport.