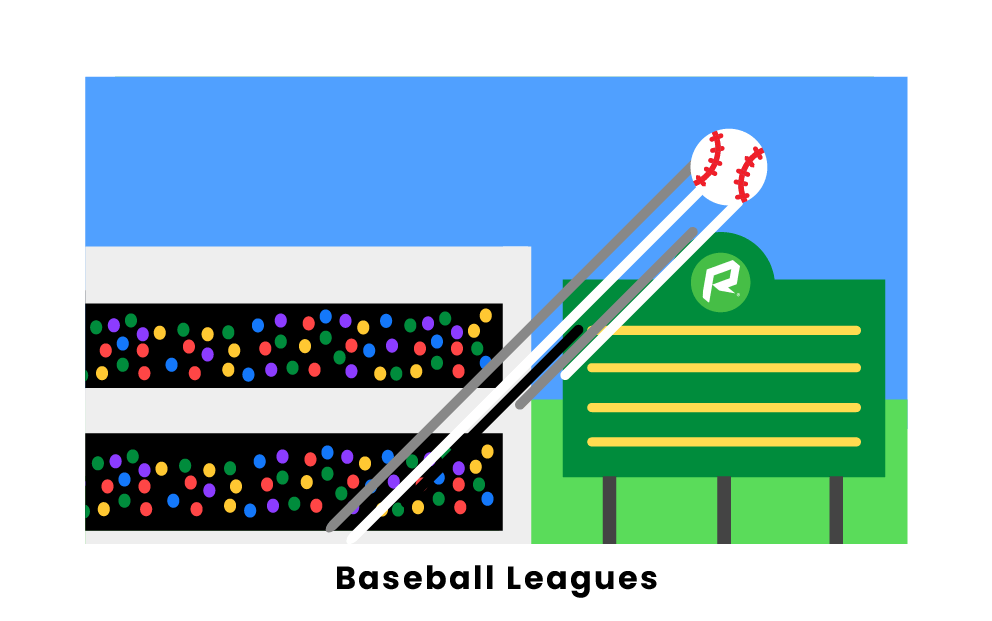 Leagues In The USA

The best Minor Leagues are AAA and AA, followed by High A, Low A, short-season A, and then Rookie Ball. Players in the USA attempt to make their way up to the majors based on their ability. In general, the higher a player is drafted the higher he will start in the minor league system of a team. Most minor leaguers never make it all the way to the big leagues.

There are many prominent associations in Latin and South America, but two of the most well known entities are the Puerto Rico Baseball League and Dominican Professional Baseball League.

The National Association of Base Ball Players (NABBP) was the first ever baseball league, and was created in 1857 with the intention of having all the professional teams play by the same rules. At that time, baseball was a folk game that many people played differently depending on where they lived, so establishing a league meant uniformity of the regulations across many clubs.

This also meant that there could be a championship structure in which one team would be crowned the winner. The NABBP was founded on the assumption of amateurism, meaning players were not compensated for their involvement. However, as teams began to collect revenue in the form of gate receipts, players began to seek a salary for their abilities, which eventually led to the formation and demise of many different leagues in a short period of time.

What is the most popular baseball league?

Major League Baseball is the most popular league for the sport. It is the pinnacle of achievement in the sport, as players in the Minor Leagues aspire to reach the "big leagues" some day. While there are professional leagues in other countries that produce excellent players such as in eastern Asia and the Caribbean, the MLB separates itself by the internationality of its reach, with fans across the planet.

The MLB also has the ability to get the most talented players outside of the United States to come play due to the massive contracts funded through large advertising deals and the amount of media surrounding Major League Baseball which vastly outshines other leagues.

How long is the MLB season?

The current Major League Baseball schedule is 162 games, with a four round playoff bracket consisting of a one game wild card, followed by a best of five series, and two seven-game series to determine the pennant winners and World Series Champion. The season begins at the start of April and concludes in early October, with the postseason continuing until November.

How do you start a baseball league?

Whether it be recreational or professional, the most important aspect of starting a baseball league is membership. If you are unable to secure enough people, then there is no point in having a league. In addition, it is necessary to ensure that every player will show up to games so that the league is fun and competitive and forfeits do not occur. A common way of doing this is for the league commissioner or person in charge of the organization to collect dues from each player. Paying dues pays for umpires, facility services, and prize money, and ensures that players do not skip games as it would be a waste of their finances.

How much does it cost to join a baseball league?

The clubs that made up the first ever leagues had to pay $10 and eventually $20 to join, meaning players themselves contributed less than a dollar each. The cost of Little League for kids today fluctuates around $100 to $200 per kid, while adult leagues may see the same price but for the entire team to join a league. For professional players, the cost of joining a league is the culmination of their hard work, talent, and missed opportunities by pursuing a career in baseball. The upside is that these players will be paid, thus mitigating some of these costs.

Baseball BallBaseball Equipment ListList Of Baseball Drills
When do you have to run in baseball?Baseball BaserunnerBaseball Ahead In The Count
PreviousNext