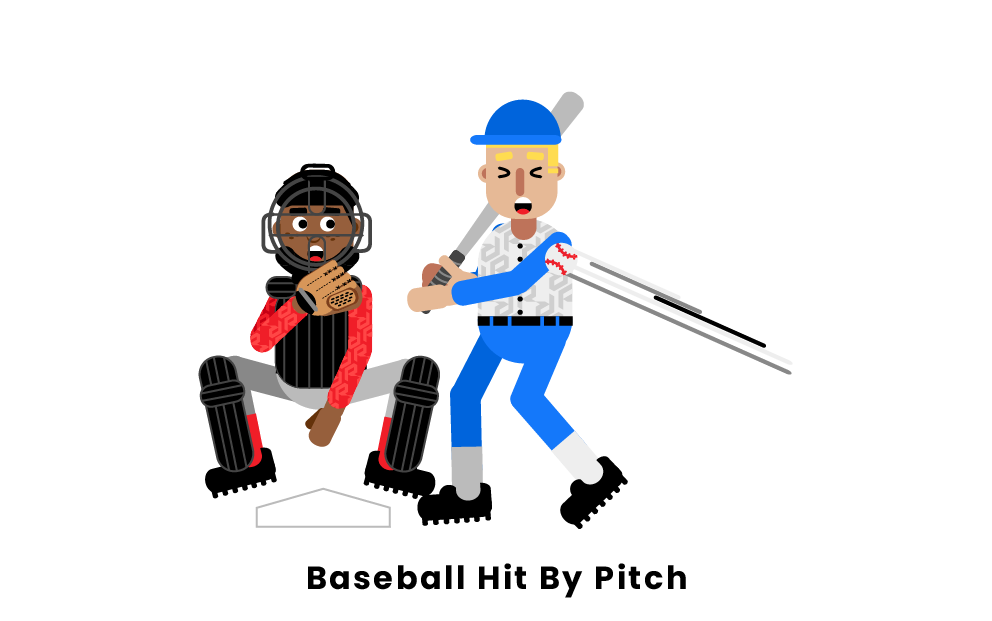 Have you ever seen a batter in baseball get hit by a pitch on a full count then advance to first base? Did you then wonder, is it considered a walk or a hit by pitch on a 3-2 count? While it may seem irrelevant, as the result is a runner on first base regardless, the answer is important in regards to scoring and statistics for both players and teams. Read on to find out the answer, as well as the difference between a walk and a hit by pitch, and how they are scored.

In short, the answer to the question, “is it a walk or a hit-by-pitch on a 3-2 count?” is that it’s classified as a hit-by-pitch. If a batter gets hit by a pitch outside of the strike zone and does not complete (checks) their swing, it will always be ruled a hit by pitch, no matter what the ball and strike count is.

Definition of a Walk 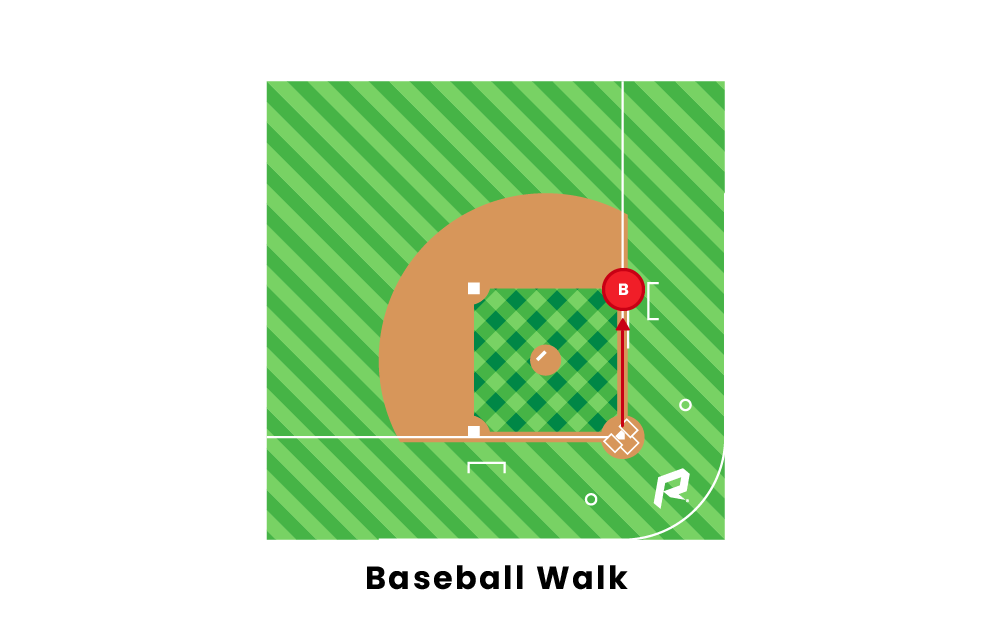 A walk, technically called a base on balls and notated BB, occurs when a batter receives four pitches in an at-bat that the umpire rules as balls. Balls are pitches outside the strike zone that the batter does not swing at. The strike zone is the area in space that exists between the left and right sides of home plate and extends from a batter’s shoulders down to their knees when they are crouched in their batting stance. If the batter completes their swing, it is called a strike regardless of the location of the pitch. When a batter receives their fourth ball in a single at-bat, a walk is called, and they are automatically awarded first base without the possibility of being called out.

Definition of a Hit-by-Pitch

Notated as HBP, a hit-by-pitch occurs when a batter is hit by a pitch that falls outside of the strike zone (that is, one that would otherwise be called a ball) without swinging. Even if only the batter’s uniform or protective gear gets hit, it will still be a hit-by-pitch. However, if the pitch is inside the strike zone or the batter completes their swing, it will be ruled a strike instead of a hit-by-pitch. Also, a batter must make an effort to avoid errant balls, so an umpire may fail to award a hit-by-pitch call if they determine that the batter leaned into the pitch with the intention of getting hit.

Both a walk and a hit-by-pitch result in the batter advancing to first base, but the two calls are notated and scored differently. Most of the complex statistics used to score the performance of both hitters and pitchers give walks and hit-by-pitches equal weight. For example, Hits (H), Runs Batted In (RBI), On-Base Percentage (OBP), On-Base Plus Slugging (OPS), Wins Above Replacement (WAR), and Earned Run Average (ERA) score walks and hit-by-pitches in an identical manner. A notable exception is Walks and Hits per Inning Pitched (WHIP), which penalizes a pitcher for allowing walks and hits while ignoring batters who advance to first base as a result of a hit-by-pitch. Simple statistics are kept for Walks (W) and Hit-by-Pitches (HBP), showing a pitcher’s tendency to advance batters through either method. A high HBP often correlates to a lack of control in pitchers.

Pages Related to Is It A Walk Or a Hit By Pitch on 3-2 Count?