SportsGamesActivitiesBaseballBaseball 101What is Baseball?Baseball ArticlesBaseball CardsBaseball CoachingBaseball EquipmentBaseball FieldsBaseball GlossaryBaseball History And OriginsBaseball PlayersBaseball PositionsBaseball RulesBaseball StatisticsFantasy BaseballMLB BaseballBoston Red Sox vs Tampa Bay Rays MLB RivalryChicago Cubs vs Chicago White Sox MLB RivalryHas There Ever Been An Undefeated Baseball Team?How Good Are The Worst MLB Baseball Players?How Hard Is It To Hit A Pitch From An MLB Pitcher?How Much Does An MLB Baseball Player Make?How Much Does An MLB Manager Make?How Much Does An MLB Umpire Make?Los Angeles Dodgers vs San Francisco Giants MLB RivalryMLB All Star Game formatMLB Baseball Stadiums List A-ZMLB Baseball Teams ListMLB Teams With The Most RingsNew York Yankees vs Boston Red Sox MLB RivalryTop 10 Baseball Games All TimeTop 10 MLB Rivalries of All TimeTop 10 Most Iconic Moments In MLB HistoryWhat MLB Records Will Never Be Broken?What Was The Best And Worst Performances By An MLB Team Ever In A Season?Which MLB Teams Have Never Won A World Series?Who Are The Chicago Cubs' Biggest Rivals?Who Are The New York Yankees Biggest Rivals?Who are the Houston Astros' Biggest Rivals?Why Does MLB Only Use Wooden Bats?MLB Home Run DerbyWatch Baseball
Home>Sports>Baseball>MLB Baseball
PreviousNext

How Much Does An MLB Baseball Player Make? 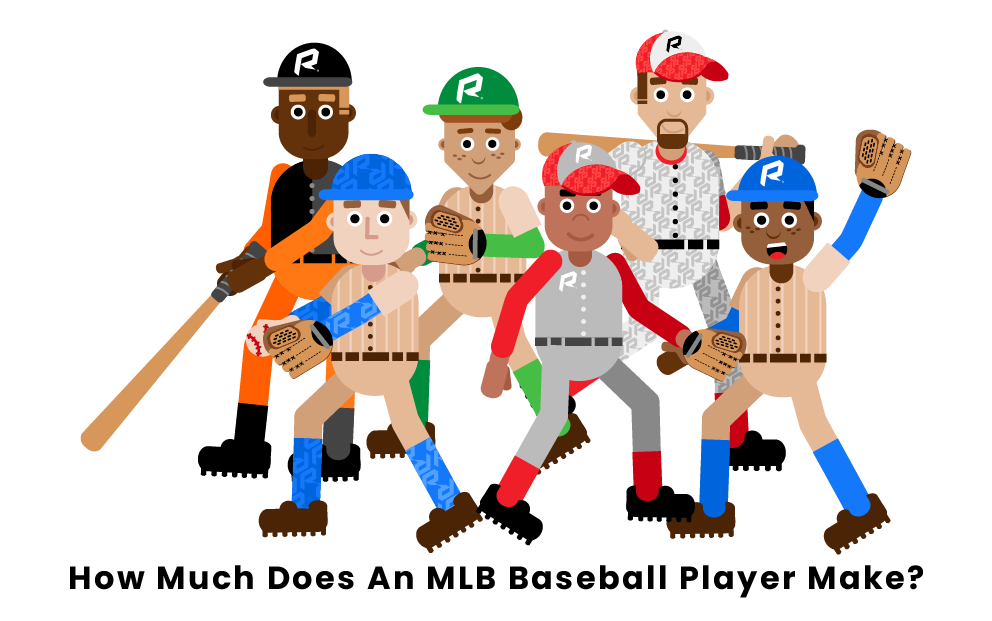 The amount an MLB player makes varies drastically based on experience, position, and talent. As there is no hard salary cap in baseball, only a soft cap that comes with taxation over certain totals, there is no limit on how much a team can spend on one player.

Major League Baseball has a unique salary structure as there is no hard salary cap like there is in the NBA, NFL, and NHL. On account of this, the highest-paid players in the league get paid very well, but team payrolls are drastically different. The New York Mets had the highest payroll at $235 million entering the 2022 season, which is more than $200 million more than the payrolls of the Pittsburgh Pirates, Baltimore Orioles, and Cleveland Guardians. This drastic difference in payroll means that players get paid differently depending on what team they play for and how much experience they have in the majors. The average salary of all MLB players was $4.17 million in 2021.

What makes the MLB salary structure so unique is the existence of the arbitration system that is used across the league. This is unique in baseball as it does not exist in any of the other four major sports leagues in North America. Essentially, every player with more than three years but less than six years experience in MLB is arbitration-eligible. They accrue more money through arbitration the closer they are to hitting free agency. During arbitration, a player has the right to negotiate a contract for the upcoming season while the team he plays for maintains control over him. If the team and player can not come to an agreement by a certain deadline, then an independent party decides which side’s proposed salary is fairer. Once a player reaches six years of experience, he becomes a free agent and is free to sign with any team that is willing to sign him at an agreed-upon contract between the two parties. 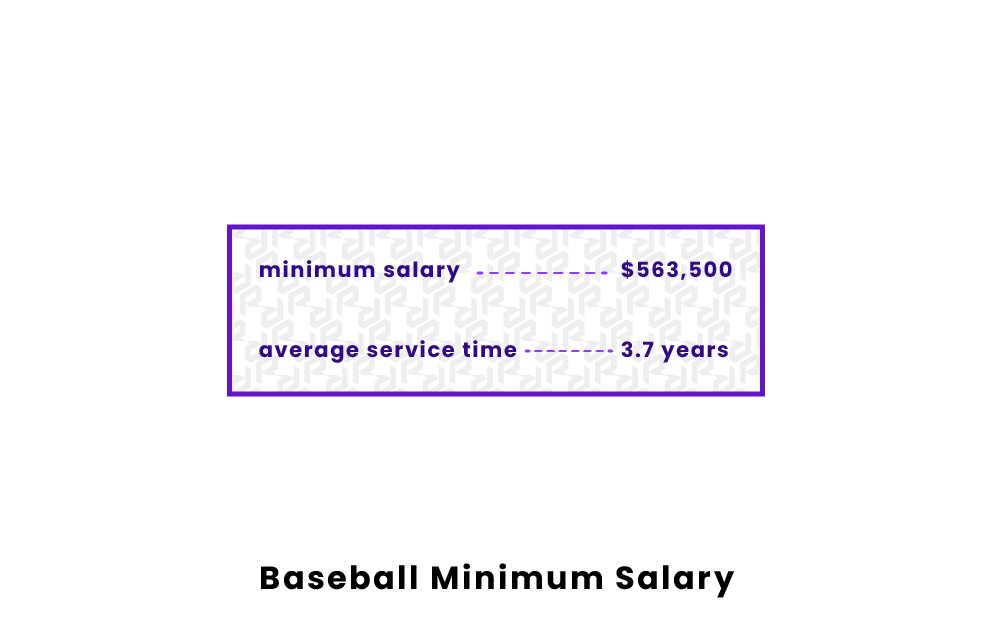 In 2021, the minimum salary a player could be paid was $563,500. Most players who have not yet reached three years of experience are paid the league minimum since these players have no negotiation power over their contracts. This accounts for a majority of players, as 63.2% of MLB players make the league minimum, which is by far the most of any of the four major sports leagues in North America. The average service time of MLB players is 3.7 years, so almost half of all players have not yet reached eligibility to negotiate their own contracts or make anything above the minimum salary. While many people are used to seeing the luxurious lifestyle of the highest-paid players, it takes a few years of service to reach this luxury.

While a majority of MLB players earn the league minimum each season, a handful of players earn contracts that exceed $100 million over a certain stretch of time. During the 2022 offseason, starting pitcher Max Scherzer signed a contract with the New York Mets that gave him the highest annual salary of any player in MLB history at $43 million per year for three years. During the same offseason, Carlos Correa and Corey Seager each signed contracts that exceeded $30 million per year, and Freddie Freeman signed a contract with the Los Angeles Dodgers that paid $27 million per year. There are 14 players in MLB as of 2022 who earn at least $30 million per season and an additional 38 players who make between $20 million and $30 million. There are 50 players in MLB who will earn at least $100 million through the total length of their current contract and 93 players who will earn at least $50 million. The highest-paid player in MLB by total contract value is Mike Trout of the Los Angeles Angels, who signed a contract in 2019 that will pay him $426.5 million in total through 2031.

What is the average salary of an MLB baseball player?

How do MLB players get paid?

MLB players get paid through direct deposit either once or twice a month during the regular season. Players only get paid for their efforts during the regular season, typically between the beginning of April and the end of September, and are not paid for Spring Training in February and March or the Postseason in October. Granted, players that win the World Series are often given bonuses. While they do not get paid, every player is expected to report for Spring Training and continue playing in the Postseason until their team is eliminated.

What is the highest-paid position in the MLB?

In 2022, first basemen were the highest-paid position group in baseball, with an average salary of $6.8 million amongst 41 players. This includes four players who earn more than $20 million annually: Freddie Freeman, Joey Votto, Paul Goldschmidt, and Matt Olson. This occurs because first basemen are typically one of the best offensive players on a team, and teams are willing to give high contracts to their best hitters.

What is the lowest-paid position in the MLB?

The lowest-paid position group in MLB are relief pitchers, with an average salary of $1.8 million in 2022. This is partially due to there being a lot more relievers than any other position group in baseball, but also because relief pitchers are less valuable than other positions since they only pitch a few innings at a time and do not play every game day. The highest-paid relief pitchers in 2022 were Liam Hendriks, Aroldis Chapman, and Kenley Jansen, who each made between $16 million and $18 million.

Pages Related to How Much Does An MLB Baseball Player Make?