How Much Do Baseball Tickets Cost? 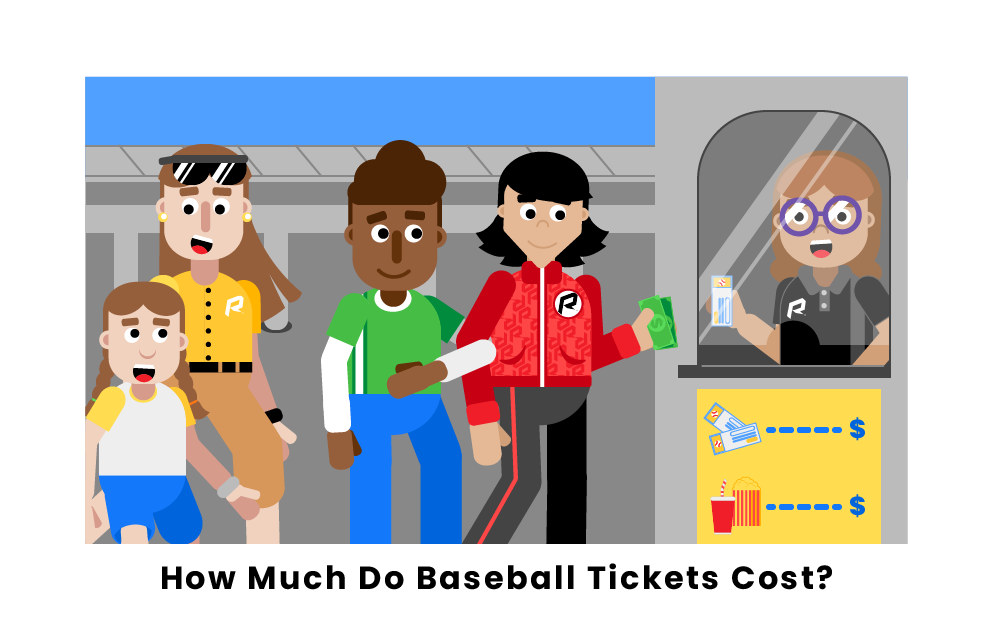 The range of ticket prices in the MLB is very large. Many franchises have tickets available for less than $10, whereas other franchises’ lowest tickets are closer to $50. On the upper end, tickets can cost hundreds or even thousands of dollars, depending on the seat and the game. The most expensive ticket ever sold went for more than $1,000,000 for the 2016 World Series Game 7.

The price of baseball tickets varies based on several factors: team, opponent, seat location, and the date and time of the game.

Depending on the baseball team you are buying a ticket for, the price will fluctuate greatly. Some teams, such as the Boston Red Sox and New York Yankees, charge an average of approximately $150 per ticket. Teams like the Baltimore Orioles and Detroit Tigers are on the other end of the spectrum. The Orioles’ average ticket is $52.

The inconsistency in ticket prices across different teams stems from a difference in demand. Big-market teams, such as the Yankees and Red Sox, have an easy time selling tickets thanks to their large and dedicated fanbase. This allows these top-tier franchises to charge more for tickets since fans will still be willing to pay. Small-market teams face lower demand and thus are forced to have lower prices.

Which MLB Teams Have the Most Expensive Tickets?

The following teams have higher ticket prices than the rest of the league. Each of these teams has a strong history and a devoted fanbase.

Which MLB Teams Have the Cheapest Tickets?

The following teams have the cheapest tickets in the MLB. Many of these teams have struggled to win baseball games for a long time, such as the Baltimore Orioles. Other teams, such as the Tampa Bay Rays, are skilled baseball clubs yet still struggle to find fans.

The price of a baseball ticket is also heavily determined by where the seat is. The most affordable seats are those with the worst view of the field and the fewest amenities. These seats are typically located in the outfield, far away from the play. The most expensive seats are those with the best view and often come with bonus features such as waiters or access to exclusive bars. Behind home plate, next to the dugout, and next to 1st or 3rd base are considered the most elite seats.

There are also suites, which are private rooms fans can watch the game from. Suites are significantly more expensive than normal seats and are meant for the biggest spenders.

Matchups that face two big-market teams or two teams that have a rivalry drive tickets costs up the most. Games between lower-skilled, small market teams are comparatively much more affordable.

Time of the Game

The final factor of ticket prices is when the game is played. Weekend games, particularly those played at nighttime, are the most expensive games. This is because the demand for these games is the highest, as they are on days where the conventional workweek is over, and people have more free time. Alternatively, weekday games see lower demand, as fans are typically busier during the week.

Pages Related to How Much Do Baseball Tickets Cost?