How Does Baseball Betting Work? 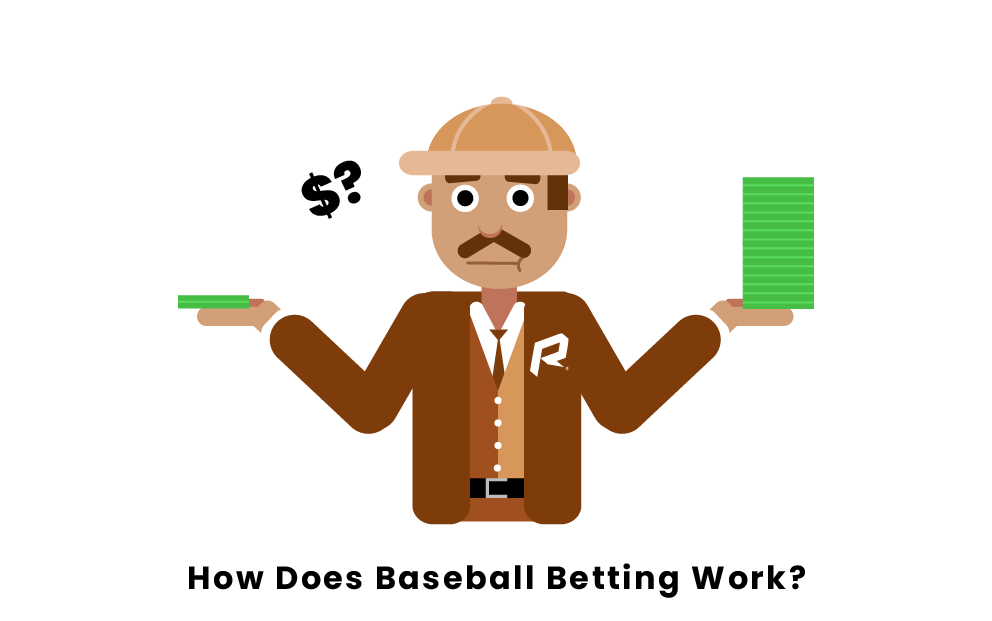 There are several ways to bet in baseball. These include moneylines, run lines, over/unders, prop bets, and parlays.

A moneyline bet in baseball places a wager on which team will win the game. To balance the skill level of the pitcher on the mound and team, teams are given different odds or the probability the oddsmakers think each team has to win.

Since games between uneven teams might have odds at extremes, most sportsbooks also offer a run line for bettors to consider. This line, or spread as it is called in other sports, evens out or flips the odds. The line is typically 1.5 runs but can be anything, especially with live betting.

The odds of the game can change due to the run line. Using the continuing example, the Mets may become +150 underdogs with a -1.5 line, while the Marlins become -130 favorites with the opposite line of +1.5. This spread changes the odds because baseball is often a close game decided by very few runs.

The third common bet in baseball is the over/under, also referred to as the total. This type of bet has bettors predict the two teams' combined score in the game. The line set by the oddsmaker generally takes into account prior matchups between the teams, the starting pitchers, and the lineup each team sends out onto the field. The over/under can be either a whole number or some number with .5 attached.

Going back to our previous example, say the over/under is set at 8 runs. If the score ends up being 6-1, regardless of which team wins, the under wins. Conversely, if the score is 8-1, the over wins. The tricky part happens when the score ends at 5-3. This score would constitute a “push.” Since neither the over or under hit, the bet does not pay out anything, and the bet is refunded. This push is the reason that many books add the additional .5 to the over/under.

Prop bets are some of the most fun yet risky wagers a bettor can place on the MLB. These prop bets can be placed on player statistics or based on other factors of the game. Some people might even take an over/under on the length of the National Anthem. Prop bets like these are especially popular during big games like the World Series and Opening Day.

Day-to-day prop bets are much less obscure and more game-focused. Back to our NYM-MIA example, assume Jacob deGrom is on the mound for the Mets with a strikeout over/under of 7.5. The lines for these bets will generally be pretty even in the -150 to +150 range. If deGrom strikes out more than 7, the over hits, and if deGrom strikes out less than 8, the under hits. Another example of a prop bet in baseball would be betting on if a run is scored in the first inning or how many runs are scored on the first home run. Many books will put limits on these prop bets as they are not meant to be as lucrative but are rather placed as side bets.

A parlay is the term used when two or more bets are placed together on the same ticket. To win a parlay, every bet on the ticket must win. Each bet within a parlay is known as a “leg.” If even a single leg of a parlay loses, the entire parlay loses as well. These bets can be almost any combination of bets within a game. For example, bettors can parlay the Mets winning and the under, or they can also bet on the Mets moneyline while also betting on the Yankees run line and the Cubs moneyline. These bets have much higher payouts than regular, or straight, bets, but the risk is also multiplied.

Here is an example of a parlay. Let us assume a Mets money line at +170, Yankees run line at -130, and Cubs money line at +150 with a $100 wager. If any of these bets do not hit, then no money is paid out. If all three bets win, the parlay will earn a larger payout than if all three bets were placed separately. Each additional leg in a parlay increases the payout according to the bet’s individual line. For example, a parlay with five legs (or bets) will pay more than a parlay with three legs.

Where is sports betting legal?

Sports betting is legal in some form, whether physical or mobile, in 30 states. 18 of these 30 states have legalized mobile sports betting. More states are legalizing sports betting because of the benefits the government gains from the taxes.

What happens if the line changes after a bet is placed?

If a bet has already been placed, the line changing means nothing, and the bet remains the same. Due to this lack of change, some bettors will wait until they believe the line favors their bet. This wait is risky, though, as the line can move in the opposite direction. This reason makes timing a huge factor in sports betting, as it can drastically change the amount of money won or lost.

What happens to a baseball bet if the game is rained out?

Can you bet on end-of-season outcomes and awards?

Yes, and these bets are some of the most popular at the start of the season because of the great payouts they offer. Bettors can wager on anything from the World Series champion, division champions, the Most Valuable Player winner, or the Cy Young Award Winner. Some bettors will even place small bets on struggling teams for the potentially massive payout.

Pages Related to How Does Baseball Betting Work?