How Do You Win In Baseball? 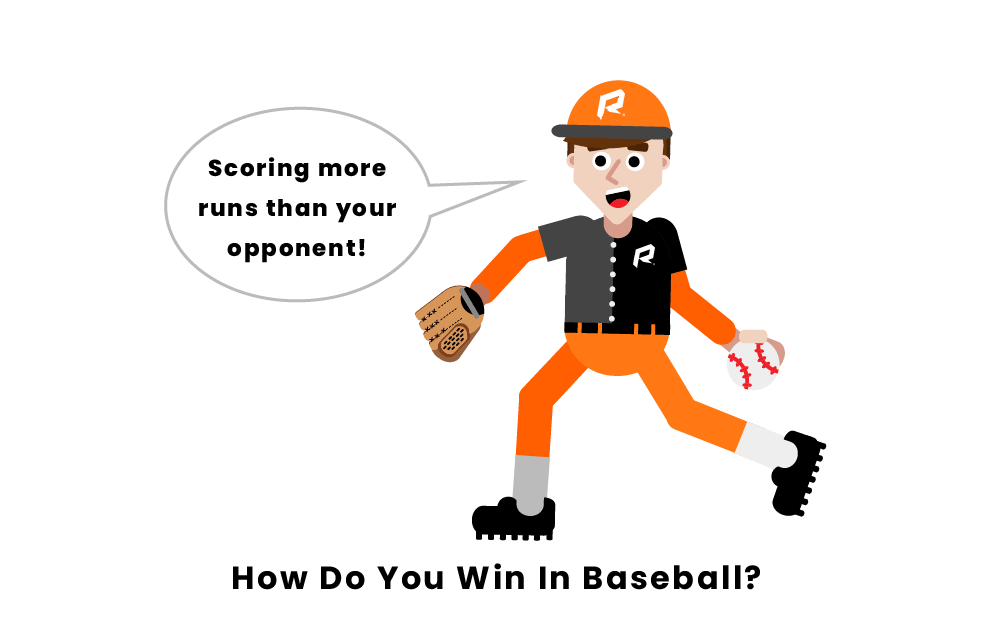 To win in baseball, you must reach the end of the game with more runs than your opponent. If you have the same amount of runs, you will go into another inning until one team has more runs at the end of the inning.

During a baseball game, teams compete against each other to try to score as many runs as possible while also trying to limit the number of runs of your opponent. Teams do their best to hit the ball when it is pitched and try to get as many players to cross home plate as possible. In order to win a game of baseball, one team must score more runs than the other team that they are playing.

In a regular game of professional baseball there are nine innings, with the away team batting first while the home team starts in the field. The goal of the game of baseball is for a team to smack the ball around on offense in order to score as many runs as possible while trying to prevent exactly that while on defense. In baseball, the team that is able to score more runs at the end of the allotted innings of the game is deemed the winner.

In order to win in baseball a team must string together many hits in order to get the most runs they possibly can. On offense players focus on the pitches that are being thrown in order to try to decipher how they will be pitched during their at bat. Stealing signs using electronics is not allowed in baseball as players must figure out what pitch is coming on their own. If players were able to know what pitch is coming before it is actually thrown, they would definitely have a better chance at winning each game.

There are two main types of runs in baseball: home runs and runs batted in, or RBIs. Teams try to string together as many walks, singles, doubles, triples, and home runs, because as long as there are people getting on base, runs should be scored by the offense. On defense, teams must insert the best pitchers into the game to try to strike the opponent out, get them to fly or line out, or lastly, try to get them to ground out.

Another key aspect of winning a baseball game is a team’s defense and pitching. In baseball, it is just as vital to prevent the other team from scoring as it is to score as many runs as you can. Baseball teams can prevent their opponents from scoring by striking them out on pitches, catching fly balls, and getting players out at bases.

When pitching, baseball teams will try to get batters on the opposing team to miss the ball on their swings. Whenever a batter misses a pitch that is not thrown outside the strike zone, or swings and misses at any pitch, they earn a strike, and earning three strikes results in an out. After a team earns three outs, their half of the inning ends. Because of this, teams will try to get their opponents to strike out as often as possible.

Catching and Tagging Out

Another way defenses can get outs is by catching balls which batters successfully hit, as every caught fair ball results in an out. For fair balls that are not caught from their air, players can attempt to score an out by throwing the ball to one of their basemen. If a baseman catches the ball before an offensive player reaches their base and tags them, they are out.

What is a walk-off win in baseball?

A walk-off win in baseball is when the home team scores a run that gives them the lead in the bottom of the ninth or extra innings. Walk-off wins are special because they signal an immediate end to the game, as the away team will have no chance to bat again, meaning the game is already lost.

How many outs does a team get per inning?

Each team gets three outs per inning, meaning that each team gets 27 guaranteed outs to try and score the most runs if necessary. Home teams may only need 24 outs to win a game if they lead after the top of the ninth has ended, and there is the potential for each team to receive extra outs in the event of extra innings.

Are there ties in baseball?

There are no ties in baseball. If the game is tied after nine innings have been played, the game continues into extra innings. Extra innings will continue until a definitive winner is determined, which can lead to extremely long games on occasion.

Pages Related to How Do You Win In Baseball?