Has There Ever Been An Undefeated Baseball Team? 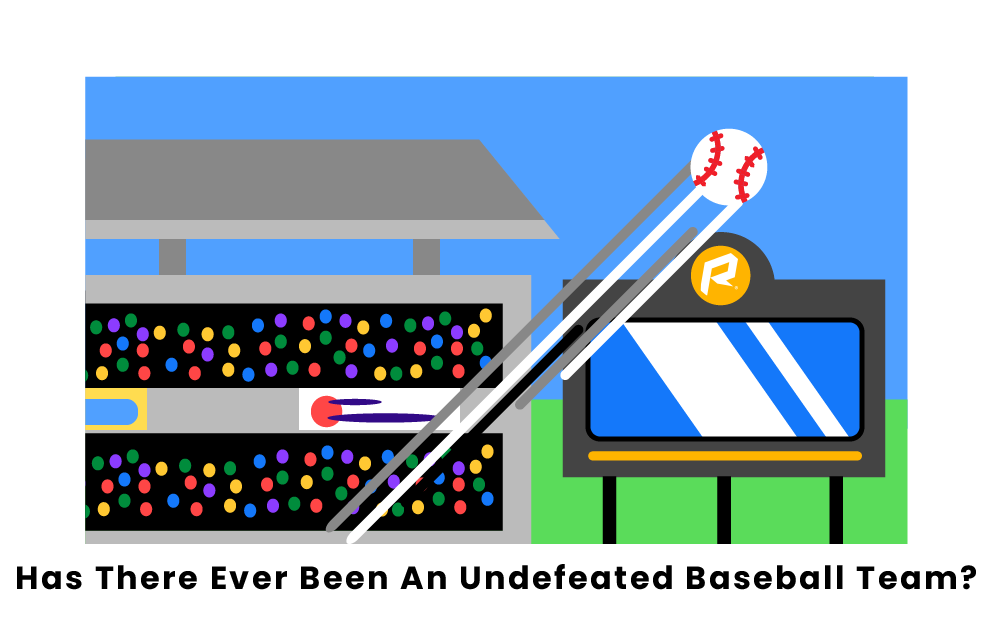 There has never been an undefeated team in baseball since the merger of the American League and National League and the founding of Major League Baseball in 1903. Before the creation of the MLB, in 1869, the Cincinnati Red Stockings achieved baseball’s only perfect season, going 57-0. However, since the league was founded in 1903, while some teams have achieved outstanding single-season performances record-wise, no team has even come close to an undefeated season. The winningest season in MLB history occurred just a few years after the MLB was founded in 1906, when the Chicago Cubs went 116-36 in 152 games, for a winning percentage of .763. Since the transition to 162 games in 1961, the winningest season occurred in 2001 when the Seattle Mariners went 116-46, for a winning percentage of .716.

The 1869 Cincinnati Red Stockings are the only team to ever accomplish an undefeated season in baseball history with a record of 57-0. They are widely regarded as the first-ever dominant baseball team in the sport’s history and arguably the first dynasty in American sporting history. In this historical year, the Red Stockings went coast to coast, defeating all of their opponents and putting the sport of baseball on the map. The success of this legendary baseball team declared the city of Cincinnati “the birthplace of professional baseball.” While the sport was vastly different in 1869 compared to the MLB and did not even include baseball gloves, the success of the Cincinnati Red Stockings in 1869 is the sport’s only example of perfection in a single season.

The 1906 Chicago Cubs are the winningest single-season team in MLB history. In this season, the Cubs went an astounding 116-36 in 152 games, earning them the highest winning percentage in MLB history at .763. Chicago finished the season 20 games above the second-place San Francisco Giants and were virtually unbeatable in the last two months of the season, going 50-8 from late August to the end of the season on October 7th. While the Cubs failed to win the World Series this year, 1906 was the first season of their five-year run in which they dominated the rest of the league. In this stretch from 1906 to 1910, the Cubs won almost 70 percent of their games each season, four National League titles, and two World Series Championships, becoming the first-ever dynasty in MLB history.

The 2001 Seattle Mariners are considered by many as one of the greatest single-season baseball teams of all time, going 116-46 in 162 games. With their 116 win season, the 2001 Mariners became the best single-season team since the 162-game season was implemented, tying the 1906 Cubs with 116 wins. This remarkable season is the most recent display of brilliance by a single-season team in MLB history, tying a record that stood for 95 years prior and may never be surpassed. Led by Japanese phenom Ichiro Suzuki, who won MVP, Rookie of the Year, a Gold Glove, and a Silver Slugger award all in one season, the Mariners achieved what nobody thought was possible with their 116 wins. Unfortunately for the 2001 Mariners, the team lost to the Yankees in the ALCS in heartbreaking fashion and are yet to return to the MLB playoffs since.

Pages Related to Has There Ever Been An Undefeated Baseball Team?