A ground rule double in baseball is when a batter may freely advance to second base after he hits a ball that lands in fair territory, but subsequently bounces out of the reach of fielders. This happens if the ball bounces from the outfield into the stands, or when the ball gets caught in part of the stadium.

What happens if a baseball lands in fair territory, but bounces out of the reach of fielders? Such instances happen if a baseball lands in the far edge of the outfield, then bounces into the stands. Stadiums might have features that lead to ground rule doubles as well; for example, Wrigley Field in Chicago grows ivy on their outfield fence, and baseballs sometimes get lodged into the plants. Such hits are not considered home runs, because they did not initially land beyond the outfield fence. Instead, they are ground rule doubles. When a batter hits a ground rule double, he is automatically entitled to second base. All runners already on base get to advance two bases as well. 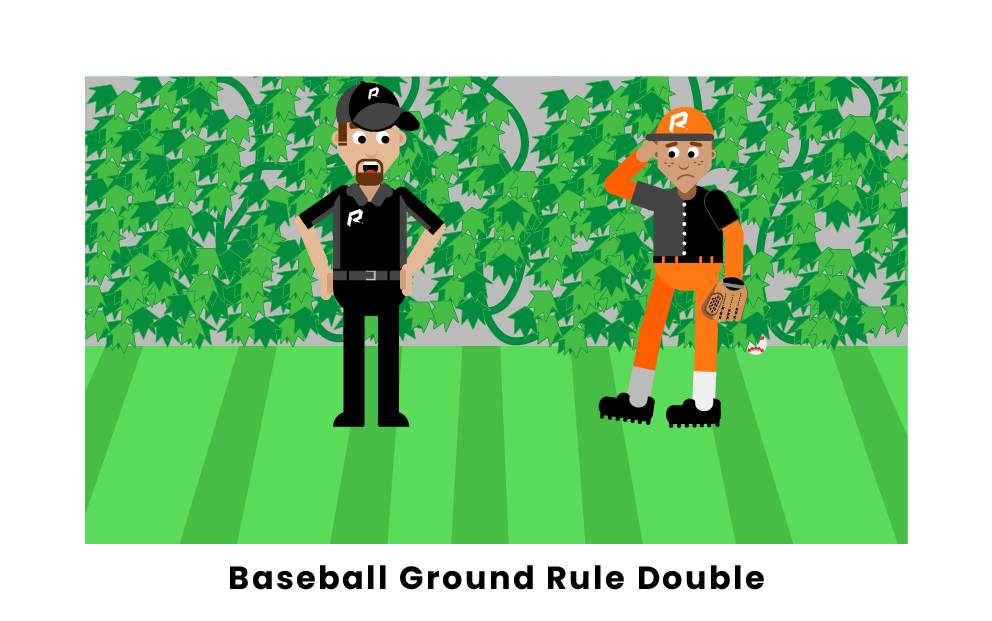