A ground ball is a baseball that is hit low to the ground so that it bounces or rolls. In this tutorial, we will learn about ground balls, how to field them, and some techniques you should employ as a fielder.

Ground balls are typically fielded by infielders, who position themselves in front of the baseball, squat slightly and place their gloves close to the ground so the baseball can simply bounce into the glove. Once they have possession of the baseball, they quickly throw it to another infielder to put a runner out, or step on the base closest to them if a runner is approaching it.

Bad hops are ground balls that unexpectedly and suddenly bounce in another direction, sometimes in front of an infielder just as he is about to field it. Bad hops are notorious for bouncing sharply up, which can be dangerous for an infielder as it might hit his chin or face.

However, bad hops can go in any direction. They are usually caused by imperfections in the infield dirt, such as any large pebbles, concentrated piles of dirt, or dips. They can also be caused if the baseball has a certain spin.

A baseball hit up the middle is a baseball, commonly a ground ball, that travels through the center of the field. That is, the batter hits the baseball in such a way that it travels past the pitcher's mound, over second base, and into centerfield. Batters often get a hit and reach base when they hit baseballs up the middle, since there is usually not a fielder directly on second base (the second baseman and shortstop tend to stand on either side of second base, but not directly next to it). 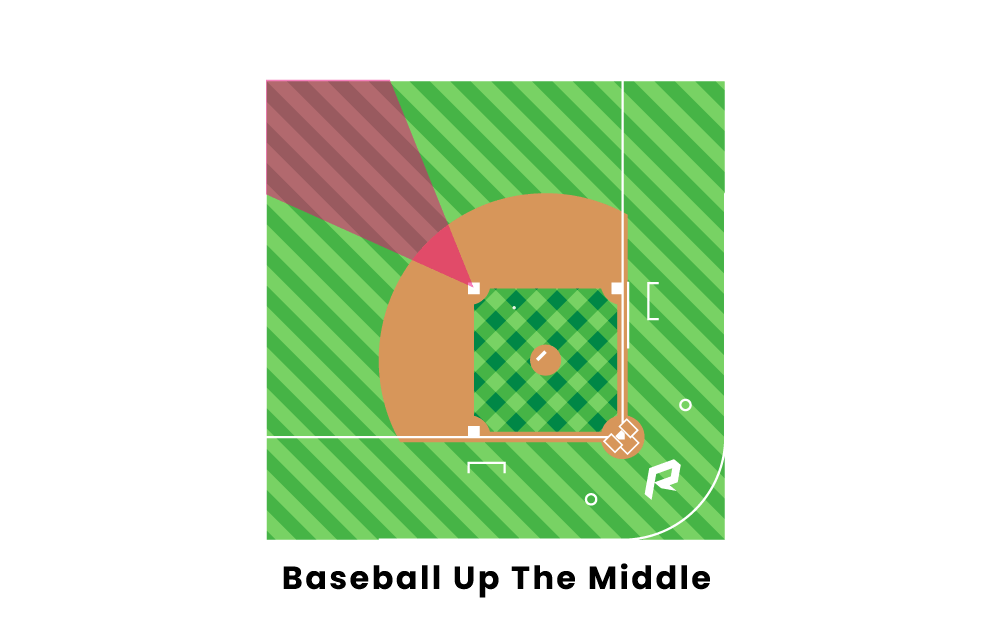 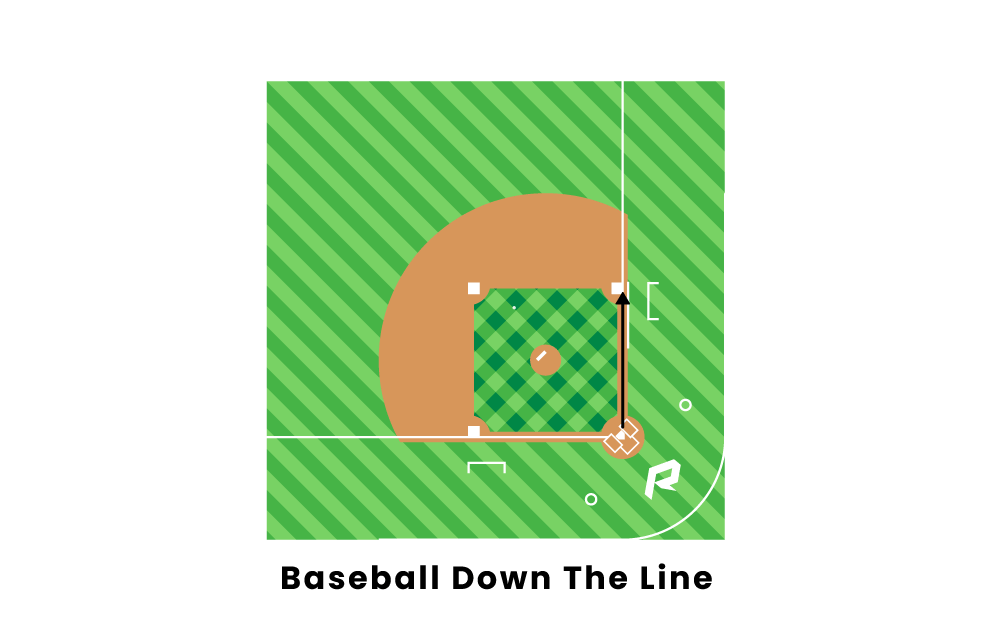