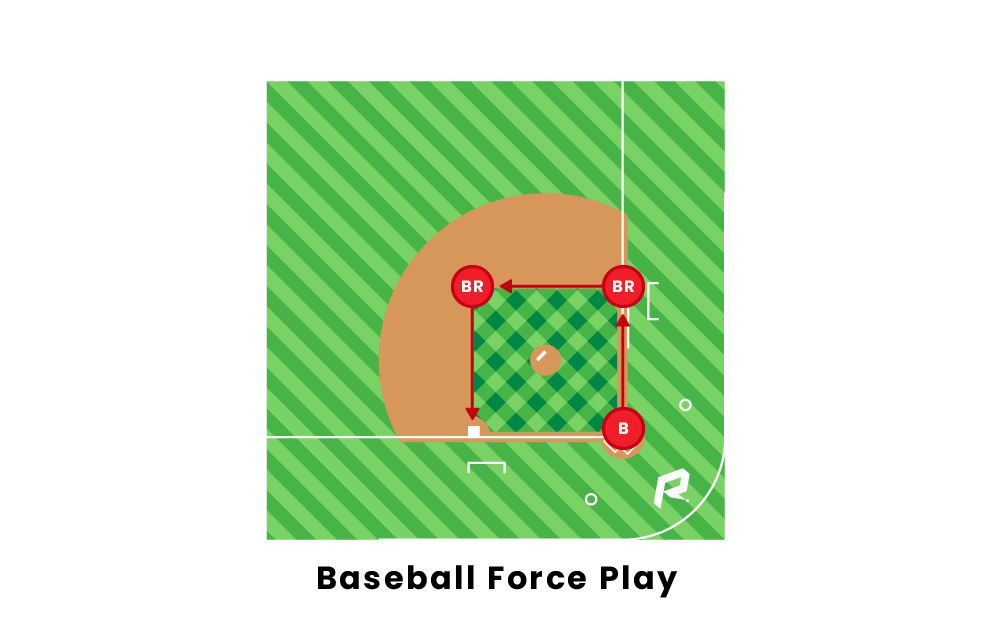 Sometimes, in baseball, a baserunner finds himself in a situation where he has no choice but to leave the base he is currently occupying, even if he knows he will most likely be thrown or tagged out if he does so. This might occur if the baserunner is a batter-runner who must advance to first base on a hit, or if one of his fellow runners is going to be forced to run to the base he is currently on. These types of plays are known as “force plays,” and they can be a key factor in the result of a baseball game.  Read on to learn all about them!

What are Force Plays in Baseball?

Baserunners are required to advance the bases in order of first base, second base, third base, and home plate to score a run. This is called the circuit of bases. Baserunners do not have to complete the circuit all at once. In fact, they can secure their position on base when the ball is live. However, only one baserunner can occupy a base at a given time. This will be important as we begin our discussion of force plays. 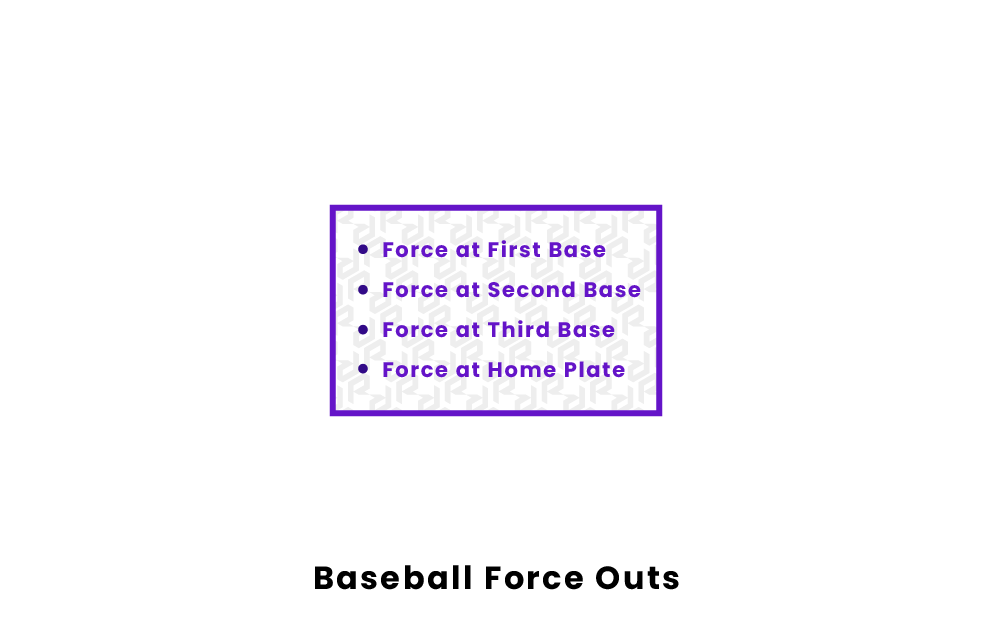 Force outs, also known as force plays, happen when a runner must advance to the next base because a runner behind him is approaching his current base, and he is put out as a result. The baserunner is forced to leave his previously occupied base because the batter becomes a runner and must occupy first base. This creates a domino effect forcing all base runners to advance.

How to Record a Force Out

In order to record a force out, defensive players must step on the base while in possession of the ball. For example, if the second baseman has fielded the baseball, he can simply step on second base before the runner (who was previously on first base) reaches it, and that runner is out. Since the original runner was forced off his previous base to advance to a base that had just been tagged by a fielder, that runner is considered to be forced out.

If the bases are loaded where are the force plays?

In the event that the bases are loaded, there are force plays at every single base. This is why when there are runners on second and third managers will often opt to intentionally walk a batter to load the bases.

What base in baseball always has a force play?

First base is the only base in baseball that always has a force play. This is why a majority of the outs recorded in the field happen at first base, and why the first baseman has such a constant role defensively.

What is a force out in baseball?

A force out in baseball is a defensive scenario in which a defender can touch the base while holding the ball to get the batter out. This type of out does not require the runner to be tagged or the ball to be caught on the fly. In order for a force out to be possible on a base besides first base, there must be a runner that is forced to advance to the next base in the event of a batted ball touching the ground.