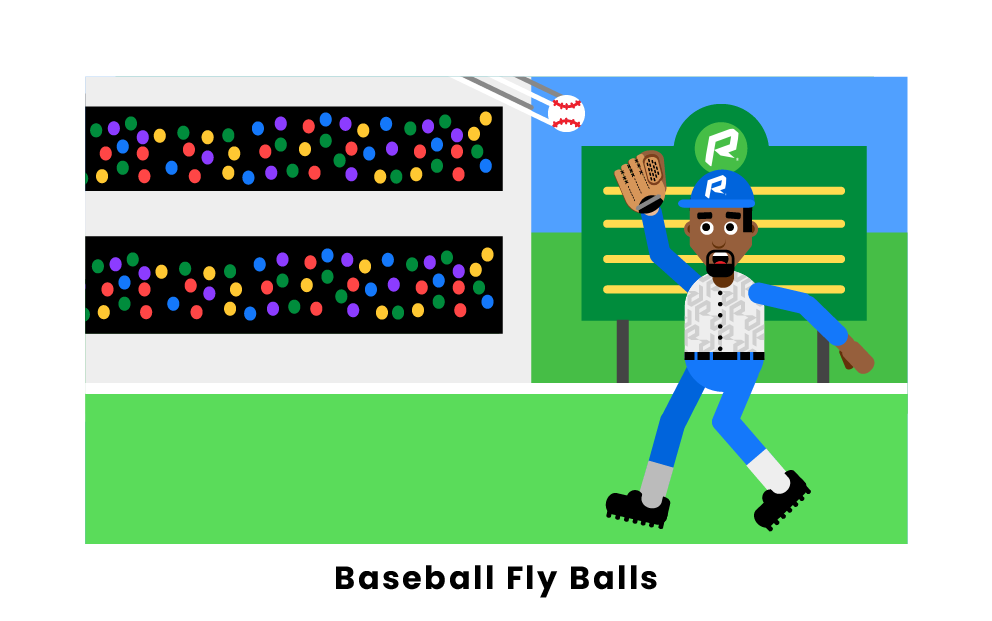 What is a Fly Ball?

A fly ball is when a batter hits the ball high in the air, typically into the outfield. The fielders will run to the ball, attempting to catch it before it hits the ground. If the catch is made, the batter is ruled out. Fly balls are an extremely common way to record outs in baseball, and some pitchers may focus on getting hitters to hit soft fly ball outs. These pitchers are known as “fly ball pitchers.”

A pop fly, also known as a pop up, is a type of fly ball. The difference is a pop fly goes much higher in the air and travels a shorter distance from home plate. Generally, a fly ball is hit to the outfield, while a pop fly is hit to the infield. Due to this, it is common to see infielders catch pop flies.

A sacrifice fly is a unique type of fly ball that allows a runner to advance and score from third base by tagging up. The sacrifice fly (often called a sac fly) is a huge part of offense and scoring runs in the MLB. For a sacrifice fly to work effectively, there must be less than two outs, and the ball must be hit deep into the outfield.

Fielding fly balls is a major part of a defensive player’s job in baseball. To properly field a fly ball, you need to be able to judge a ball's path traveling through the air and run towards the part of the field where it's going to land. Fielders will then want to try to line themselves up so that the ball is right in front of them, allowing them to step forward while they catch the ball and get ready to throw. This will help protect against runners tagging up, and even scoring a run.

Baserunners may try to advance at their own risk whether or not a fly ball is caught. However, if a baseball is caught on the fly, the runner must tag up by touching the base they occupy and taking off for the next base after the ball has landed in the defender’s glove. It is common to see runners tag up on fly balls that are hit deeper into the outfield.

Any fly ball that is caught by a fielder in foul territory is not considered a foul ball. Instead, it is considered a fly ball out, and the rules of a normal fly out remain the same. While this can be a benefit to the defending team since they can record outs on foul balls, outfielders still have to keep an eye out for runners tagging up and be ready to throw.

A fly out is a term for when a fly ball is caught by a fielder before hitting the ground, resulting in the batter being ruled out. Fly outs are a common way for the defense to record outs in baseball.

The infield fly rule states that if there are runners in force-out positions with less than two outs, any fair fly ball in the infield that is expected to be caught will be automatically ruled an out by the umpire. This rule prevents infielders from purposefully dropping a fly ball to secure more outs. It also protects runners from second-guessing whether to advance or stay back at the base they are occupying.

Can you run on a fly ball in baseball?

Runners should use their judgment when a fly ball is hit. They can choose to run, but if the ball is caught by a fielder, they must return to their base to tag up. If the fielder throws the ball to the base before the runner can return, the runner will be ruled out.

Can you intentionally drop a fly ball?