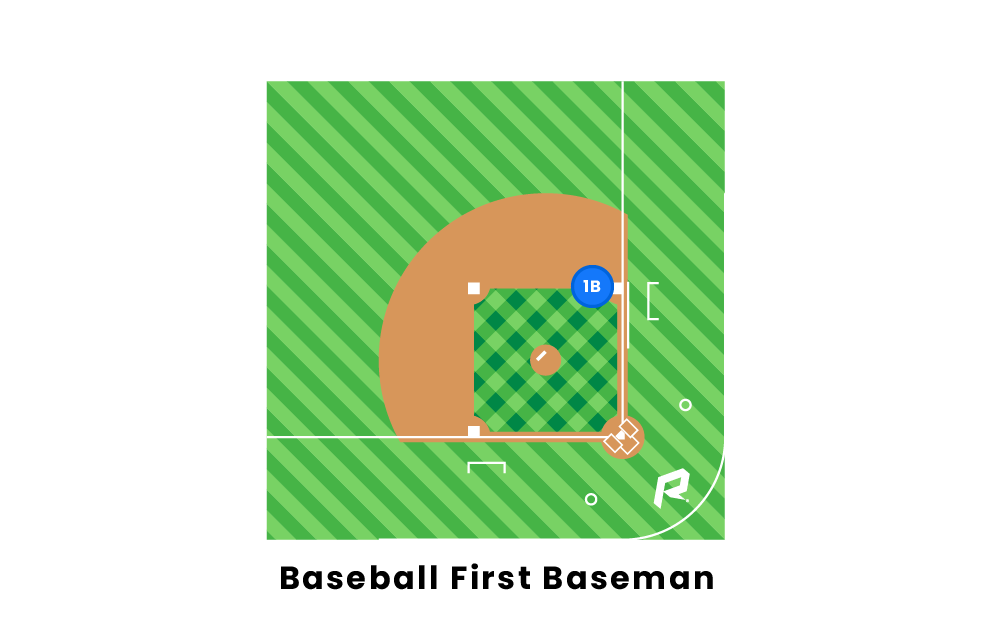 The first baseman is the defensive player (specifically, an infielder) who is stationed at first base. The first baseman in charge of fielding/catching balls that are hit in the area surrounding first base, including outside the right foul line or in shallow right field.

The first baseman is often tall and a left-handed thrower. Being tall gives him an advantage so he can reach throws that fall short of first base. Being left-handed is also an advantage; since he is situated on the right edge of the field, all his throws go to his right (and it is easier to throw to the right using your left arm). 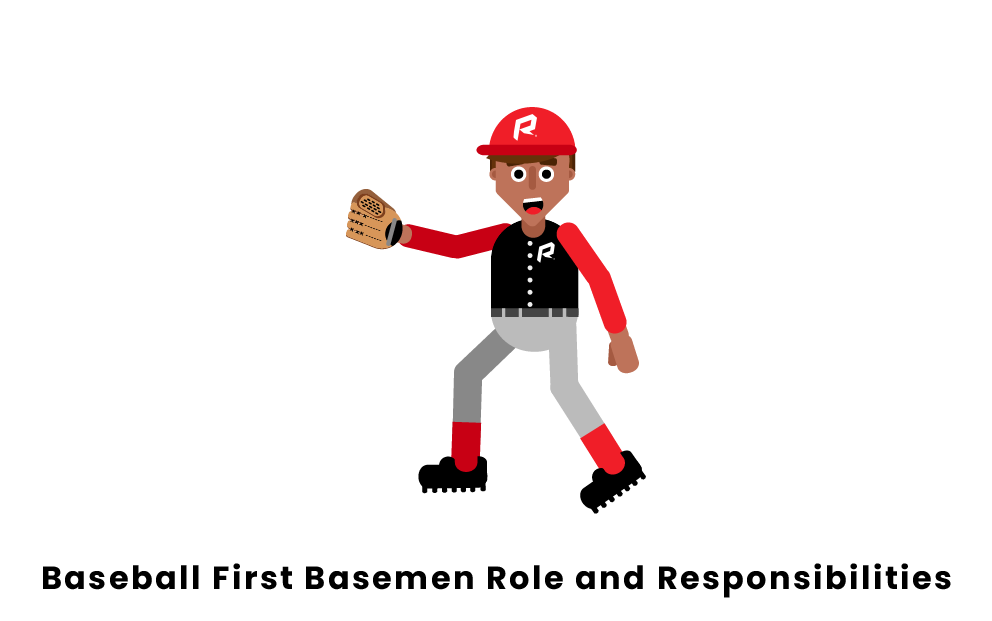 One of his most common plays occurs when a batter hits a ground ball, and is attempting to reach first base. Another fielder collects the baseball and throws it to the first baseman, who then catches it with his foot on the base (sometimes he will catch it while not on the base; if this is the case, he must run and touch the base). If the first baseman has possession of the baseball and touches the base before the runner does, then the runner is out. 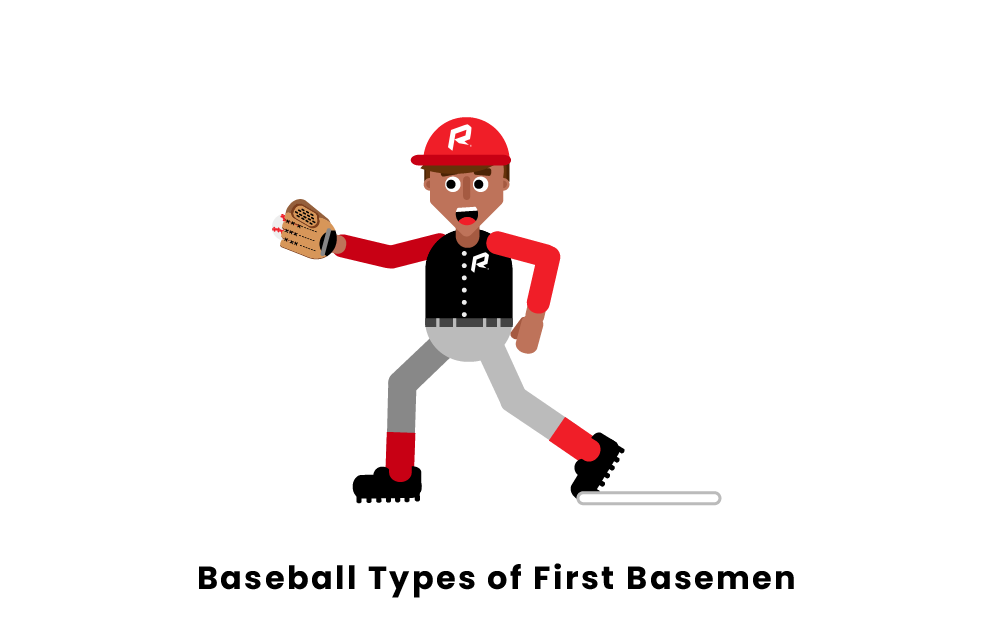 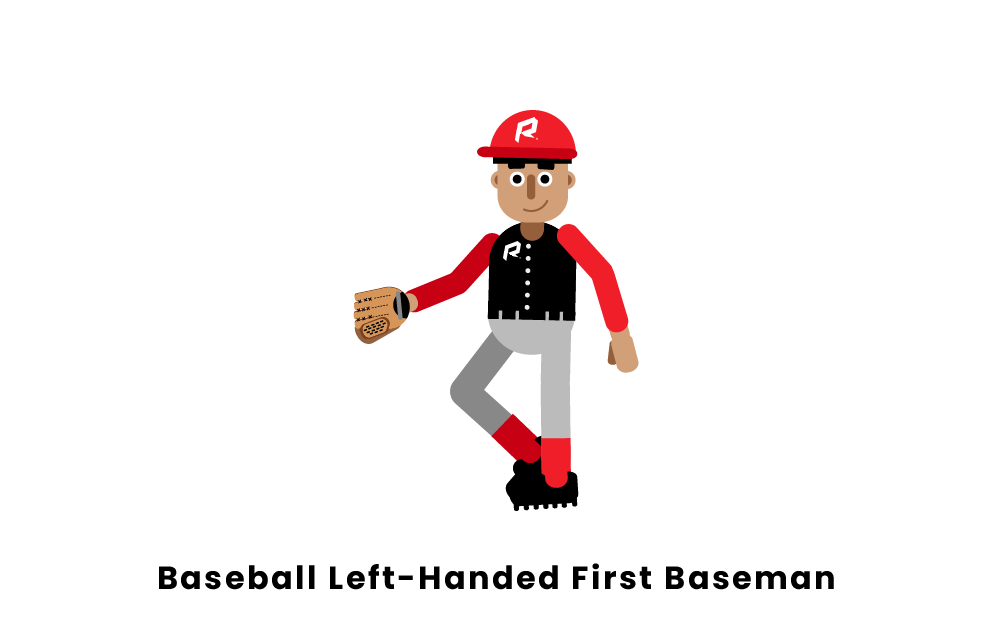 The first type of first baseman is a lefty first baseman. Lefties are ideal for first base because with their glove on their right hand, it makes it easy for them to turn to the base with their glove facing the field. Right handed first basemen have to take a few extra steps to turn their bodies, which is a disadvantage for them compared to lefties. Other than glove hand, right handed and left handed players will play the same defense at first base, lefties will just simply be able to handle it faster. 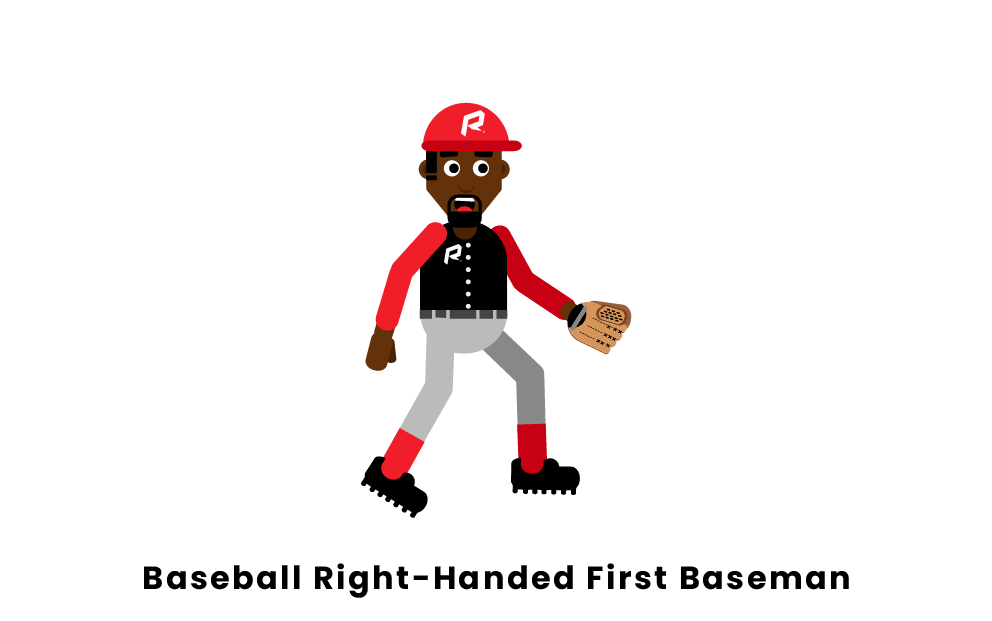 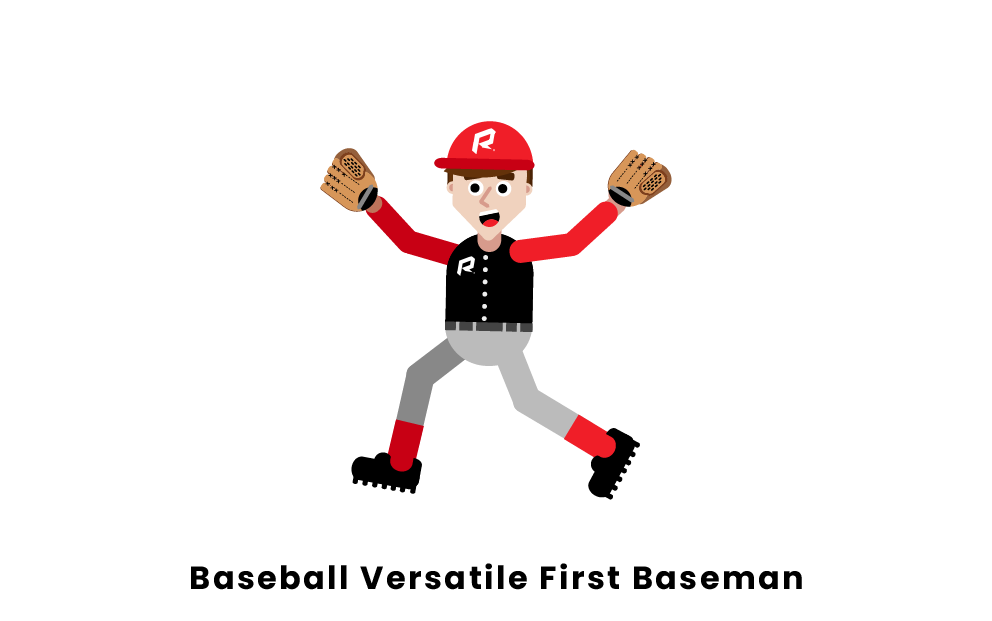 Another type of first baseman is someone who does not primarily play first base, but has been positioned or moved there for a number of reasons. Players often get moved to first base due to age, lack of availability at other positions, and sometimes an American League designated hitter will play first in interleague games when the DH is taken away. A great example of this type is Joe Mauer of the Minnesota Twins. Mauer is a legendary Twins player and played all of his career at catcher until 2014, when he was moved to first base due to injury and age concerns. 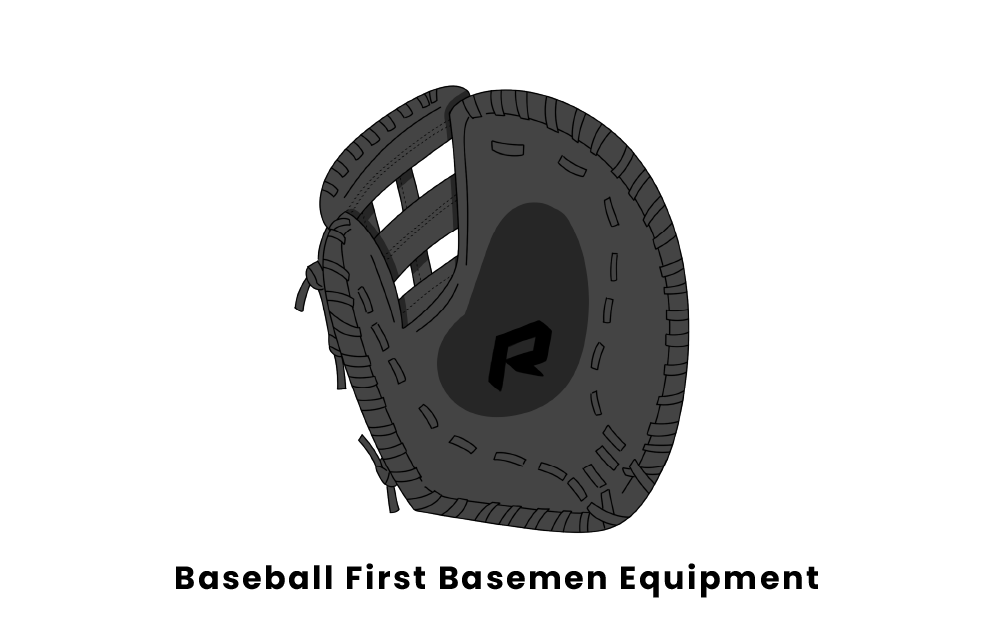 For the most part, first basemen use the same equipment that their teammates would use. This includes everything from shoes and bats to accessories such as eyeblack and sunglasses. However, first basemen have very different gloves than anyone else on the field.

A first base glove is different because it is much larger and does not have finger holes. The glove also has a unique curved edge that is very useful for scooping up balls thrown in the dirt, a key part of playing first. The glove is bigger than the average glove so that infielders can have a large target to throw at. No other position uses a first base glove. 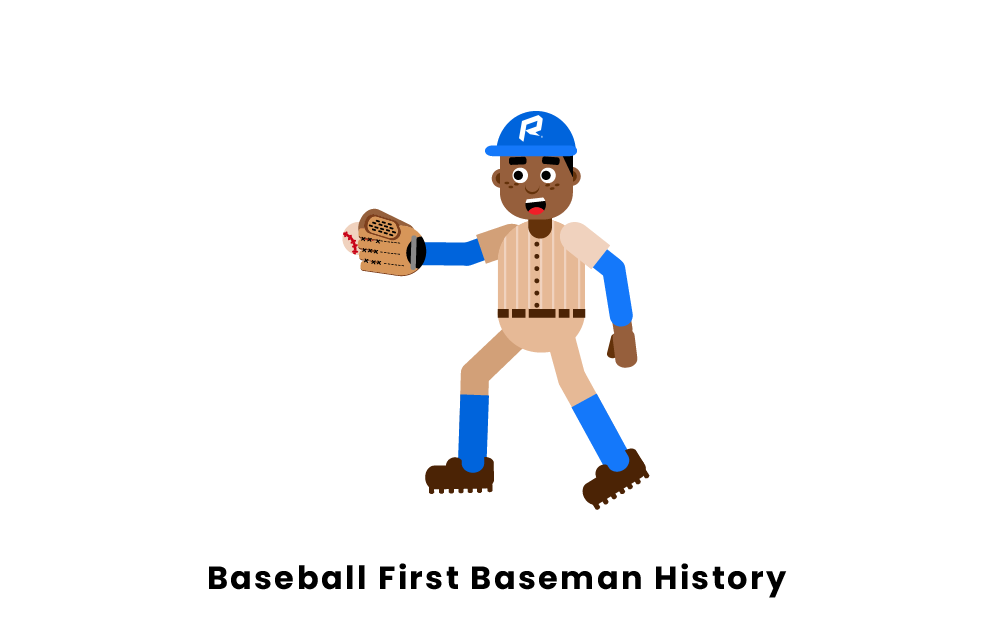 For the most part of Major League Baseball's history, first base has been known as the position to be played by power hitters. First base has been played by the likes of Lou Gehrig, Albert Pujols, and Frank Thomas, and those are only some of the many legendary players to play the position. The first base position has been around for as long as the game of baseball has, and has always been a key position. Most of baseball's outs are made at first base through ground balls, double plays, pickoffs, and many other plays, so having a good first baseman has always been an important part of the game. 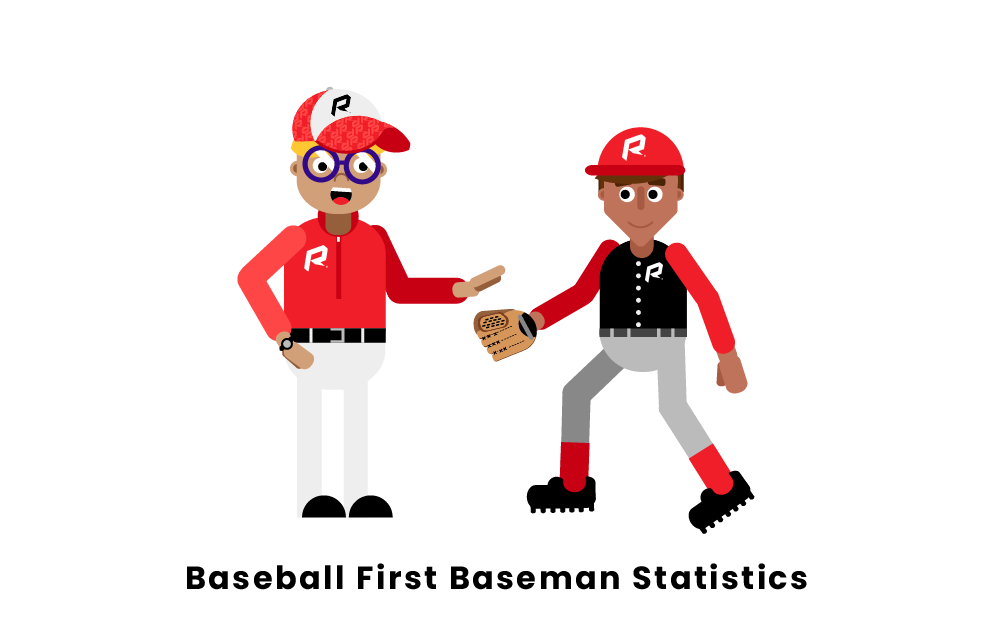 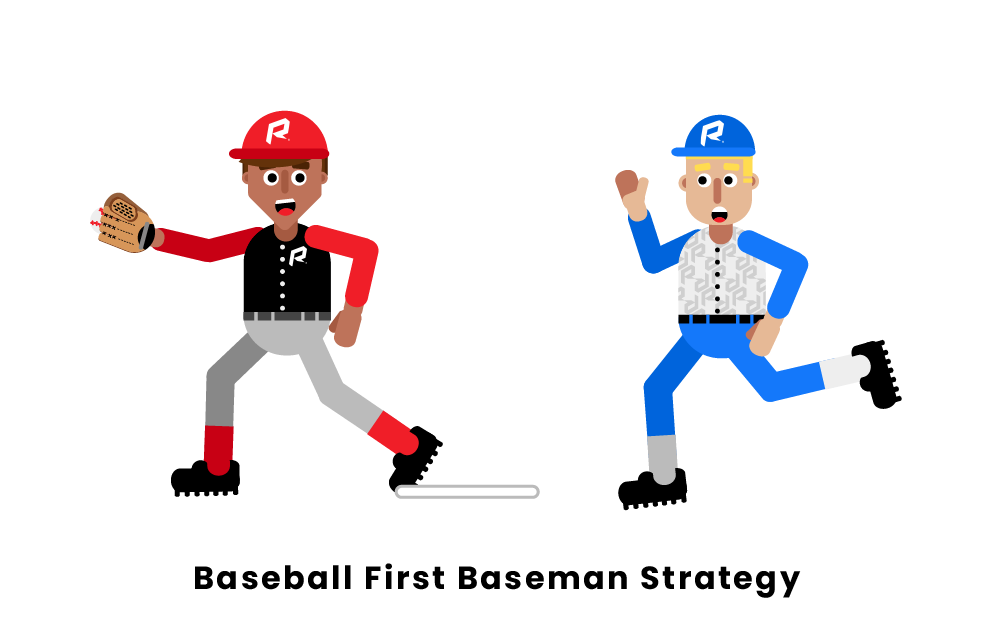 There are many different defensive strategies to consider while playing first base, with the most common being where to stand.

When not holding a runner on, first basemen should stand a few steps to the side of the bag and a few steps back of the basepath. They should not be too far away though, because they need to be able to get to the base quickly when the ball is put in play.

When receiving a throw, first basemen should be sure to have their glove and body facing where the throw is coming from, with their glove arm extended as far as possible. A first baseman should also put the foot on the non-glove side of their body on the side of the bag, not on it, to make sure they do not get stepped on by the runner. 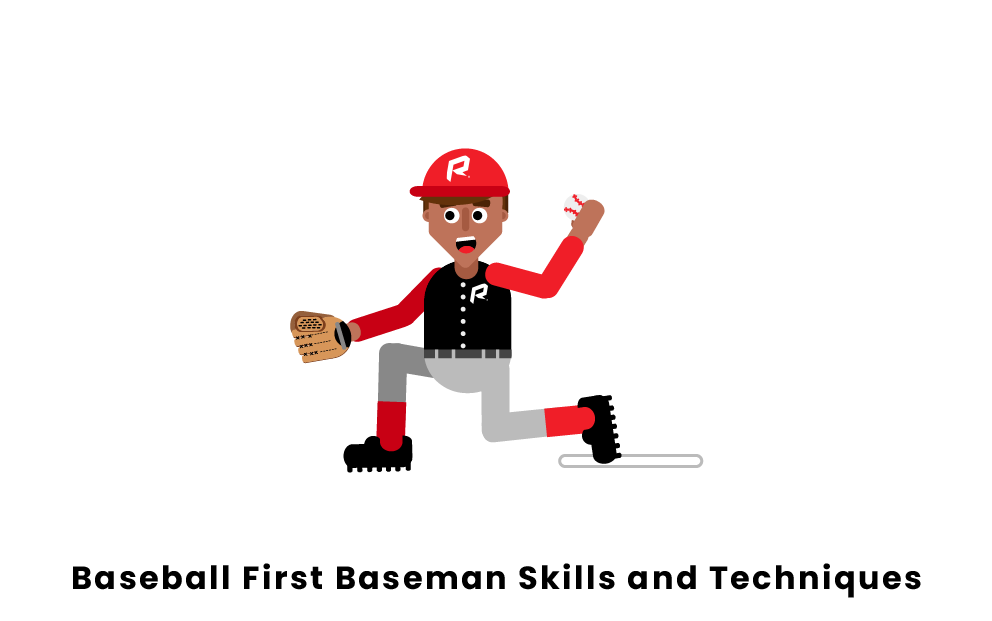 Many first basemen take lots of time to work on scooping the ball, which is when a throw to them is short and the ball takes a quick short hop bounce right before it gets to them. This is important so the ball can not get by them, as catching the ball is one of the most essential skills to have as a first baseman. Footwork is also very important as they need to get to the base quickly almost every time the ball is hit to the infield.

The following lists some of the most famous first basemans of all time in baseball that have been inducted into the Baseball Hall of Fame.

The following lists some of the top first basemen in Major League Baseball by team:

What is a first baseman in baseball?

What does a first baseman do in baseball?

First basemen receive throws from other fielders when a force out needs to be made at first base. This is one of the common ways to get an out in baseball, so having a good first baseman is key. First basemen also tag runners out on pickoff plays at first base.

What are the types of first basemen in baseball?

Two types of first baseman are left handed and right handed first baseman. Either one can be very useful for a team, but lefties have an easier time getting to the bag, as their glove is already facing the field. Another type of first baseman is a player who gets moved or repositioned to first base due to varying reasons such as age or injury. First base does not require a lot of mobility, but takes good baseball knowledge and can be played by any type of player.