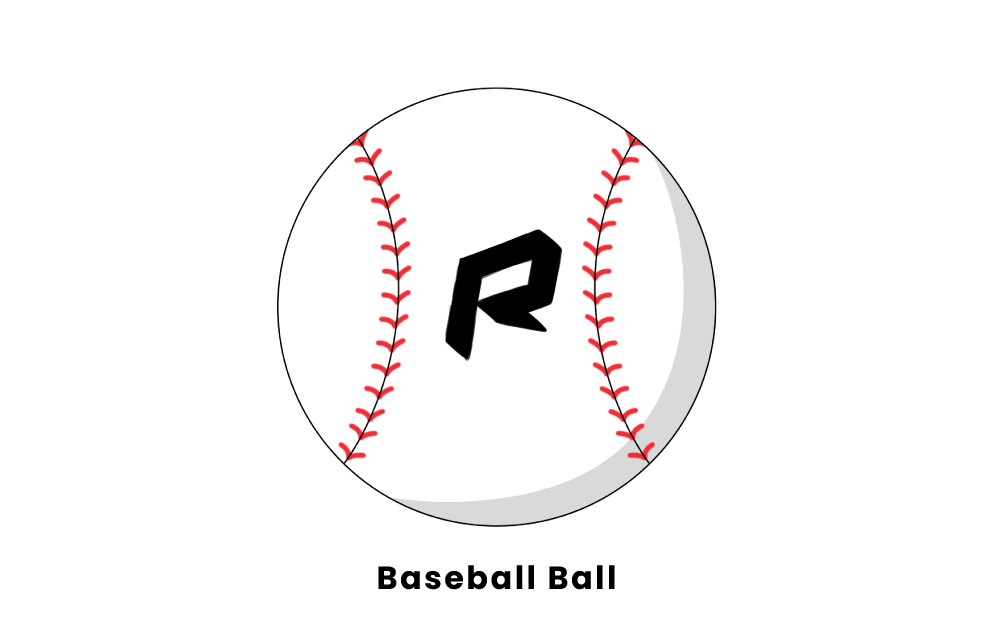 In the early days of the game, players would make their own balls together out of feathers, yarn or string and stitch it all together in an X-pattern until the turn of the 20th century.

What is a Baseball Made of?

Baseball is one of the four major American sports, the other three being Basketball, Football, and Hockey. Called America's Pastimez, baseball evolved from the English game Rounders in the first half of the 19th century and new rules and regulations that set the new sport apart from its English origins began to take shape. One of the first new institutions of Baseball was the implementation of a new, smaller and harder ball. The design of the baseball hasn't changed much since the first prototypes and there have only been two major changes to the baseball since its creation.

What exactly does a baseball consist of? Well, there are three parts to baseball: the covering, the midsection (or what I like to call the mantle), and the core. Firstly, let's look at the MLB specifications of a baseball, then we'll dive into each layer with more detail.

Each baseball is made to particular specifications in a very precise process, much of the process being manual labor. MLB baseballs must be spherical, weighing between 5.00 and 5.25 pounds, and must measure between 9.00 and 9.25 inches in circumference. The covering of the baseball must be made from two pieces of horsehide or cowhide pressed around the inner makings of the ball and hand stitched together.

Each ball is only used in a game for about five to seven pitches before being put away or given out to a fan. This is to prevent deforming of the ball after being thrown or hit at high speeds.

The first layer of the baseball is the layer you can see: the outer shell. It's not hard to pick out the special qualities of the outer shell as it's only made up of two parts: the leather covering and the stitches.

The leather covering of the baseball is made from premium cowhide, previously horsehide in the first iterations of the baseball. The leather most often comes from Midwest Holstein cattle as the hide have a better, cleaner, and smoother grain than that of other cattle.

Wool was chosen as the material for the inside of the baseball due to the durability and the ability of it to return to its original shape quickly. After multiple hits and forceful throws, the baseball should be able to maintain its round shape due to the strength of the wool. The yarn was chosen as the last layer as added strength to the wool and to reduce the risk of tearing once the cover of the ball is added.

The final layer of the baseball is the core. The core, often referred to as the pill, is a sphere of cork surrounded by two layers of rubber. Original baseballs were made with a pure rubber core, but they proved to be very bouncy in warm and dry weather, but very heavy and shallow when wet or cold. The pure rubber core was exchanged for a cork core surrounded by rubber.

As a final overview of the baseball, from shell to core: