SportsSporting EventsGamesActivitiesBaseballBaseball 101What is Baseball?Baseball ArticlesBaseball CardsBaseball CoachingBaseball EquipmentBaseball FieldsBaseball GlossaryBaseball History And OriginsBaseball PlayersBaseball PositionsBaseball RulesBaseball StatisticsFantasy BaseballMLB BaseballBoston Red Sox vs Tampa Bay Rays MLB RivalryChicago Cubs vs Chicago White Sox MLB RivalryHas There Ever Been An Undefeated Baseball Team?How Good Are The Worst MLB Baseball Players?How Hard Is It To Hit A Pitch From An MLB Pitcher?How Much Does An MLB Baseball Player Make?How Much Does An MLB Manager Make?How Much Does An MLB Umpire Make?Los Angeles Dodgers vs San Francisco Giants MLB RivalryMLB All Star Game formatMLB Baseball Stadiums List A-ZMLB Baseball Teams ListMLB Teams With The Most RingsNew York Yankees vs Boston Red Sox MLB RivalryTop 10 Baseball Games All TimeTop 10 MLB Rivalries of All TimeTop 10 Most Iconic Moments In MLB HistoryWhat MLB Records Will Never Be Broken?What Was The Best And Worst Performances By An MLB Team Ever In A Season?Which MLB Teams Have Never Won A World Series?Who Are The Chicago Cubs' Biggest Rivals?Who Are The New York Yankees Biggest Rivals?Who are the Houston Astros' Biggest Rivals?Why Does MLB Only Use Wooden Bats?MLB Home Run DerbyWatch Baseball
Home>Sports>Baseball>MLB Baseball
PreviousNext 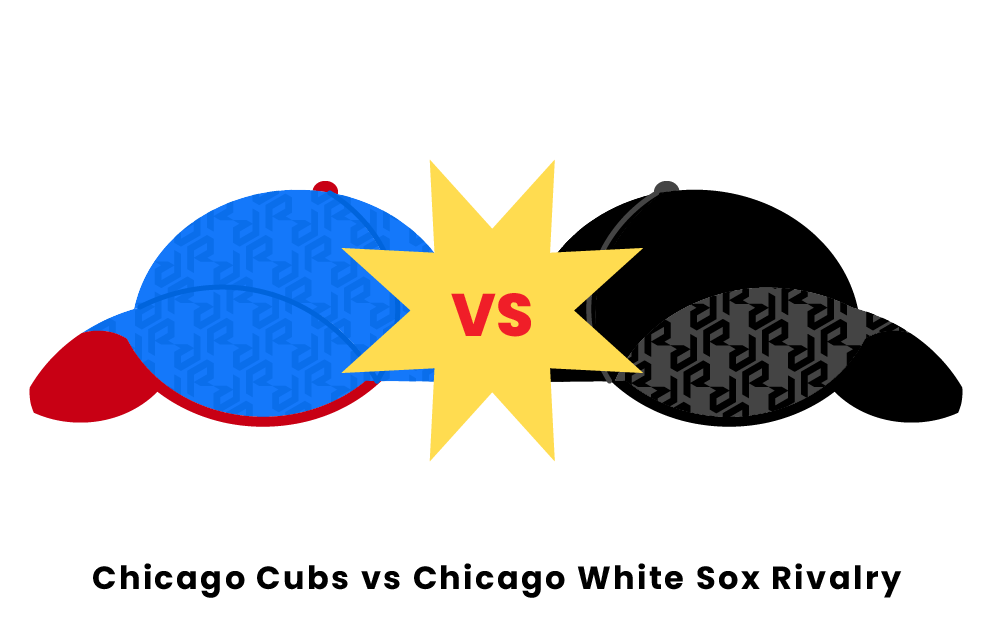 The rivalry between the Chicago Cubs and Chicago White Sox is an old-school baseball rivalry that has endured because of regional proximity, class identity, and a shared struggle to reach the playoffs throughout their history. Although the teams play in different leagues, a yearly cross-city series has helped keep the rivalry alive.

The rivalry between the Chicago Cubs and the Chicago White Sox is one of the longest-standing and most unusual feuds in professional baseball. Unlike the competitive dominance found in other iconic rivalries, this one has been fueled by both teams’ continued lack of success in the postseason. The stage was set for the rivalry as soon as Charles Cominsky moved his minor league team to Chicago in 1900, competing in the newly formed American League and playing in the working-class South Side neighborhood. The already established Cubs, who played in Chicago’s more affluent North Side, and competed in the National League, saw the new team as a threat to their popularity.

The teams met for the first and only time in a World Series a few years later, when the White Sox defeated the Cubs for the championship in 1906. The city was captivated by the series, which helped lay the basis for the rivalry. Healthy competition was already being encouraged, with a sanctioned City Series between the two teams held every postseason that neither made the playoffs, starting in 1903. This series now takes the form of the Crosstown Cup, which is awarded yearly to the regular-season series winner. The White Sox have won more of these series, but recently the competition has been fairly even.

Since they were in separate leagues, the teams did not face each other outside of a postseason matchup. This changed in 1997 when MLB began interleague play during the regular season. The teams now play six games each season, with tickets for these games always commanding a premium.

Cubs at White Sox on October 14, 1906: The White Sox defeated the Cubs in Game 6 of the World Series, winning the championship. This was the first and only World Series meeting between the two rivals.

Cubs at White Sox on May 20, 2006: Cubs catcher Michael Barrett punched White Sox catcher A.J. Pierzynski in retaliation for colliding with him while scoring. A bench-clearing brawl ensued.

Cubs at White Sox on June 20, 2011: Cubs manager Ozzie Guillén argued a fair-foul call, leading him to be ejected. Guillén then kicked the Cubs catcher’s mask on the ground in protest before leaving.

Charles Comiskey, Chicago White Sox owner from 1901-1931: A former professional pitcher, Charles Comiskey was the first owner of the White Sox, establishing the team in Chicago in 1900.

Ozzie Guillén, Former White Sox shortstop from 1985-1997: A Gold Glove-winning shortstop for the White Sox in the 1980s and 90s, Ozzie Guillén returned as a manager to lead the team to their 2005 World Series victory.

A.J. Pierzynski, Former White Sox catcher from 2005-2012: A catcher for the White Sox, A.J. Pierzynski collided with Cubs catcher Michael Barrett while attempting to score, prompting retaliation and a brawl.

John Mabry, Former Cubs first baseman in 2006: Now a coach for the Kansas City Royals, John Mabry played for several teams during his career, including the Cubs. He was playing first base for Chicago during the Barrett-Pierzynski incident and was ejected for participating in the brawl.

Why are the Cubs and the White Sox rivals?

The Cubs and the White Sox are rivals because both teams play in Chicago, and both have struggled to win in the playoffs, typically to the satisfaction of the opposing fans. When the White Sox moved to town, the already established Cubs viewed it as a slight. A special series between the teams was soon established, and ever since, both teams have been engaged in a yearly battle to edge out their rival from across the city.

When did the rivalry between the Cubs and the White Sox start?

The rivalry between the Cubs and the White Sox started in 1900 when the owner of the minor league St. Paul Saints moved his team to Chicago to establish a franchise in the newly created American League. The new team was renamed the White Stockings and viewed as a challenge to the Cubs, the city’s existing National League team. A sanctioned yearly postseason series between the teams began in 1903, and they met in the World Series in 1906.

What is the matchup between the Cubs and White Sox called?